Elite curlers bring experience to the business side of curling

Curlers Brad Jacobs, Heather Nedohin and Robbie Doherty are going to be busier than ever this season: they’re joining a growing list of high-performance curlers who are adding off-ice club management to their curling résumé. 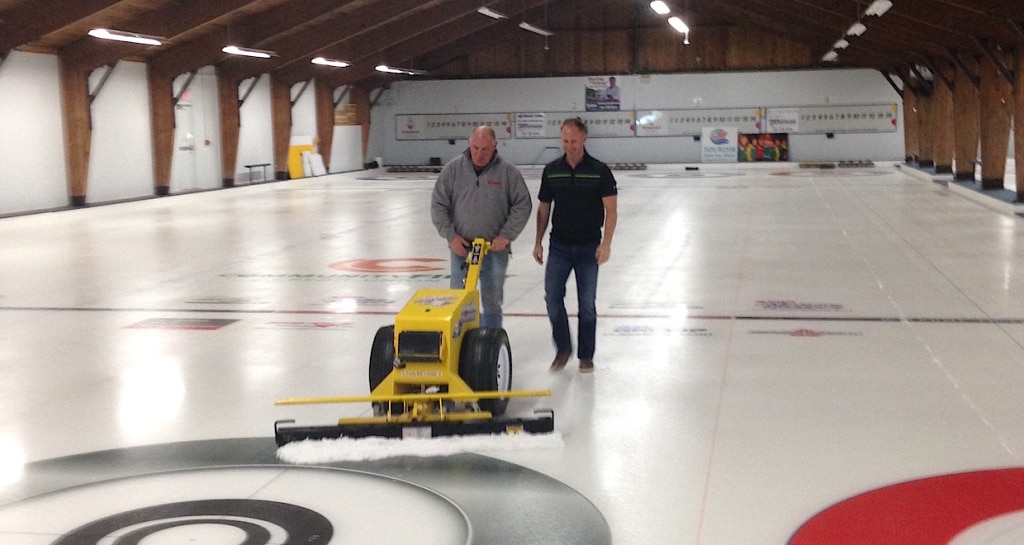 The role of “Curling Pro” has been around for a while: Earle Morris provided that service at the Ottawa Curling Club for years. Ontario’s John Epping has recently taken on that role at the Leaside Curling Club in Toronto, and a slew of Alberta curlers, including Dana Ferguson (Team Sweeting), Karrick Martin (Team Bottcher) and Laura Crocker (Team Rocque), fill curling development and coaching roles at the Saville Centre in Edmonton. But Jacobs, Doherty and Nedohin are taking their involvement a step further: they’re offering their expertise to the business side of curling. Nedohin, who is currently on a break from competition to focus on her role as business manager at Sherwood Park Curling Club in Edmonton, teems with enthusiasm as she talks about the changes and programs she’s working on as an administrator. She starts with the most basic of curling club necessities: the ice. “The excitement for me was communicating with our Ice Tech team and learning more about the facility and unique tricks to putting in and maintaining quality ice versus just stepping on the ice to compete,” she says, citing an aspect of the sport that applies to all levels, competitive or not. “Our ice team is so important and makes all our members happy. I highly respect these boys!” The biggest thrill for Nedohin is seeing how many kids are coming out to play at Sherwood Park, thanks in part to the “draw” of having a Canadian champion on board. “I think the biggest and most rewarding part of being here at my home club (four minutes from home) is that we are reaching out to the school groups,” she says. “Last year, 1,300 students responded to coming out and learning to curl with a former Canadian champion. No more unorganized bowling in our curling club! The kids are discovering the sport of curling and delivering the rocks using proper equipment, from the right hack, respecting the equipment on the ice and throwing the right turn. The future of curling is growing here in Sherwood Park and I am pleased to be a part of that.” Charlottetown’s Robbie Doherty is equally enthusiastic about his new role as co-manager (with Kevin Champion) of the Charlottetown Curling Complex, especially because he sees it as an opportunity to make some positive changes. “I’m very excited about it,” he says. “There’s lots of opportunity to grow and improve the way we do things. This is the start of something new. “Times have been tough. But we’re turning the ship around and looking forward to what’s in store for our club.” For Northern Ontario’s Jacobs, taking an off-ice role as curling specialist and business development manager at the Soo Curlers Association in Sault Ste. Marie gives him a chance to promote and contribute to the growth of curling in the region. He’s teaching Learn To Curl programs, doing social media, selling advertising and sponsorships as well as, he says, “executing innovative ideas to grow the business.” 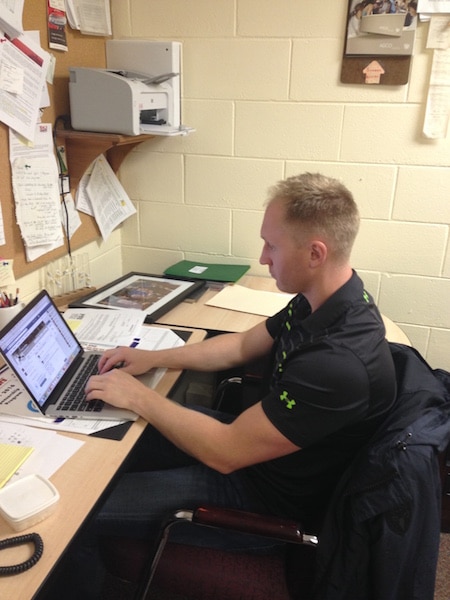 For Northern Ontario’s Brad Jacobs, taking an off-ice role as curling specialist and business development manager at the Soo Curlers Association in Sault Ste. Marie gives him a chance to promote and contribute to the growth of curling in the region.. (Photo courtesy Soo Curlers Assocation)

“The main reason I have taken on this responsibility is because after the Olympics we thought people in our community would flock to the curling club and want to try curling, but that wasn’t the case,” he says. “There was a small increase in membership and many more people in our community are watching curling on TV, but people aren’t trying the sport in the numbers we had hoped for. Winning a gold medal wasn’t enough.” But this off-ice management role also presents challenges. Nedohin has retired from competition to focus on her job at Sherwood Park and the needs of her young family, but Jacobs and Soo Curlers must balance a busy competitive schedule with the demands and expectations of the job. It’s not an arrangement that will work for all clubs, but Jacobs says he has lots of help. “Balancing my role at Soo Curlers will be challenging but that’s life and I love a good challenge,” he says. “I’m fortunate to have a supportive team of staff members at Soo Curlers who understand I will be away from the building often and who are on board with my busy schedule. The great thing about my role is it doesn’t require me to always be in the building. Our long-time ice tech and club manager, Ian Fisher, will handle the day-to-day operations of the club.” The bottom line is that high-performance curlers have something to offer their clubs: their experience at the top of the curling circuit. “We are hoping that kids, parents, adults and families will jump at the opportunity to learn how to curl from me,” says Jacobs, the 2014 Olympic gold-medalist and 2013 Canadian champion. “It is our goal to introduce the sport and our club to as many people as possible and provide amazing experiences to all who visit our facility.” Doherty plays down his contribution at his home club in Charlottetown but still knows he has lots to offer. “I bring more of my personality rather than my curling resume, but I’ve been lucky enough to travel around this country seeing how different clubs operate, from your country club to your club run by volunteers where you drop a few quarters in a cup when you get coffee,” he says. “It’s great to bring new ideas back to my club and create a good atmosphere.”