One of curling’s most competitive events, with significant implications in deciding Canada’s 2018 Olympic curling teams, will make its first trip to Manitoba, it was announced today by Curling Canada. 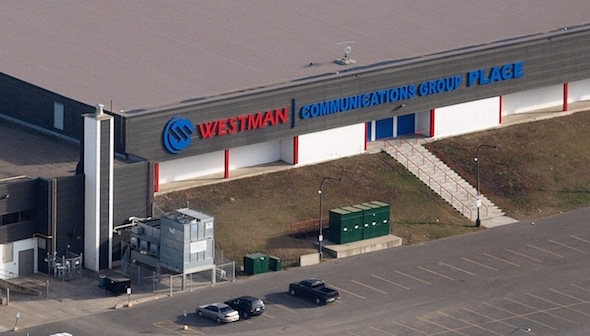 The 2016 Home Hardware Canada Cup will be staged from Nov. 30-Dec. 4 at Westman Communications Group Place at the Keystone Centre in Brandon, Man. The 13th edition of the Home Hardware Canada Cup will feature Canada’s best men’s and women’s curling teams playing for a share of a $140,000 cash purse ($70,000 to each gender). More importantly, the winning men’s and women’s teams will qualify for the 2017 Tim Hortons Roar of the Rings Canadian Curling Trials in Ottawa. The Tim Hortons Roar of the Rings will decide the teams that represent Canada at the 2018 Winter Olympics in PyeongChang, South Korea. Additionally, the 2016 Home Hardware Canada Cup champions will qualify for the 2017 World Financial Group Continental Cup, Jan. 12-15 (location TBA). “Brandon has a rich curling history, and the bid package the city put in to host the Home Hardware Canada Cup made this an easy decision,” said Hugh Avery, Chair of the Curling Canada Board of Governors. “With the PyeongChang Olympics getting closer every day, the competitive environment in Brandon will be extremely intense, and curling fans will be in for a treat.” Brandon has played host to an abundance of curling championships over the years, including two Briers (1963, won by Ernie Richardson; 1982, won by Al Hackner), two Scotties Tournament of Hearts (1993, won by Sandra Schmirler; 2002, won by Colleen Jones), the 1989 Canadian mixed championship (won by Robert Campbell) and the 1995 Ford World Men’s and Women’s Championships (won by Canada’s Kerry Burtnyk and Sweden’s Elisabet Gustafson). 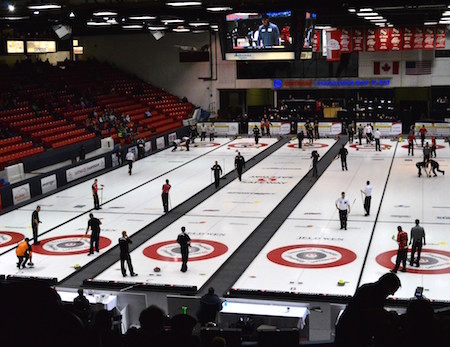 As well, Brandon played host to the 1997 Canadian Curling Trials — the event that determined Canada’s teams for the 1998 Winter Olympics. Schmirler and Mike Harris would prevail that year and go on to win gold and silver respectively at the 1998 Games in Nagano, Japan. “The City of Brandon couldn’t be more thrilled to be hosting one of Curling Canada’s premiere competitions,” said Rick Chrest, Mayor of Brandon. “Our community has a long proud history in the sport of curling and we look forward to welcoming the Home Hardware Canada Cup to Brandon.” “Brandon First has been anticipating this day for a long time and are so excited for the opportunity to showcase all that our city has to offer as we play host to the 2016 Home Hardware Canada Cup,” said Jackie Nichol, Executive Director of Brandon First. “Brandon is known across this country for its warm hospitality and world-class facilities. Having been nearly 15 years since we have hosted a Curling Canada event, we know that this community and region will embrace this chance to put Brandon back on the map in the curling world.“ Opened in 1973, Westman Communications Group Place is the home of the Western Hockey League’s Brandon Wheat Kings, and seats approximately 5,100 for hockey. “We’ve always had an appetite for major curling championships in Brandon, so we’re extremely excited to be welcoming Canada’s top teams in 2016,” said Host Committee spokesperson Ryan Shields. “The curling community of Brandon and western Manitoba couldn’t be prouder to have this event and we’re going to put on a great show for the fans and the curlers.” “CurlManitoba is excited to have the Home Hardware Canada Cup for the first time,” said CurlManitoba Executive-Director Craig Baker. “Brandon has an excellent track record of hosting world-class events and this will be no different. Coming off hosting a very successful 2015 Men’s Provincial Championship, the curling audience will be eager to watch the best teams in Canada play.” It will be the 13th edition of the Home Hardware Canada Cup. The event was staged in Kamloops, B.C., for the first six years. It has since been played in Yorkton, Sask., Medicine Hat, Alta., Cranbrook, B.C., Moose Jaw, Sask., and Camrose, Alta. The 2015 Home Hardware Canada Cup is scheduled for Dec. 2-6 in Grande Prairie, Alta. “Home Hardware is thrilled to sponsor the 2016 Home Hardware Canada Cup in support of one of our national pastimes,” said Terry Davis, CEO, Home Hardware Stores Limited. “As a 100 per cent Canadian-owned and operated company, it allows us to connect with millions of Canadians in the communities where our Dealer-Owners do business.”