Seeding Round begins at Canadian Mixed

Teams competed in the first matches of the seeding round at the 2016 Canadian Mixed Curling Championships on Thursday morning at the Weston Golf and Country Club in Toronto. 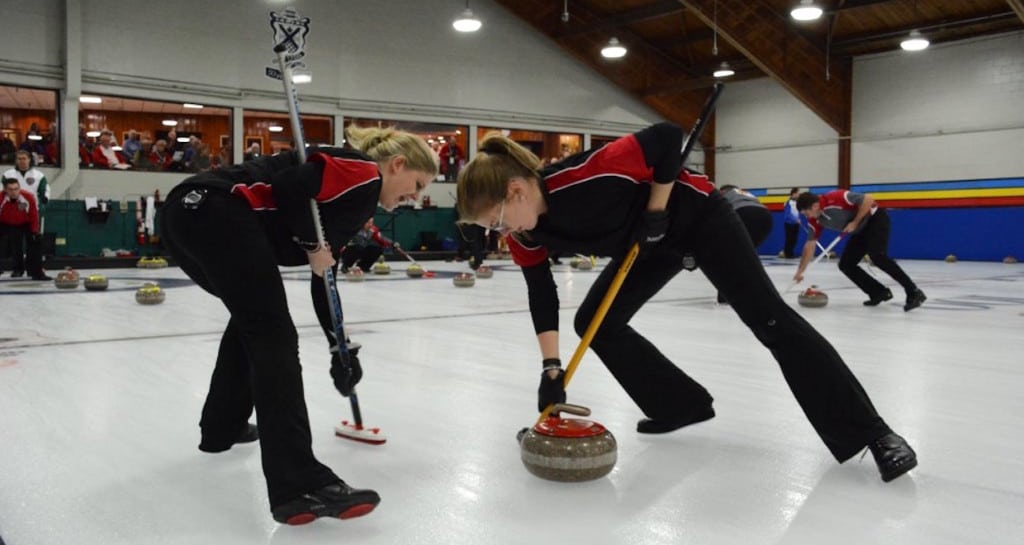 Newfoundland and Labrador’s Chris Ford, Marie Christianson, Cory Ewart and Lauren Wasylkiw took on Nunavut’s Ed Macdonald, Denise Hutchings, Peter Mackey and Robyn Mackey on Sheet A. Macdonald opened the scoring with a single in the first end. Ford took two in the second and stole another two points in the fourth to take a 4-1 lead. A single by Macdonald was not enough to mount a comeback, as Newfoundland and Labrador went on to take three in the sixth and steal a single in the seventh en route to an 8-2 victory. Prince Edward Island and Manitoba found themselves in a tight battle right from the get-go. P.E.I.’s Eddie MacKenzie, Chloe McCloskey, Tyler MacKenzie and Megan Wile were forced to one in the first and stole another point in the second end. Not to be outdone, Manitoba’s Bob Sigurdson, Erika Sigurdson, Al Purdy and Lindsay Baldock took a single in the third and stole a second point in the fourth to tie it up at 2-2 going into the break. After another single by P.E.I., Sigurdson capitalized on having last rock advantage and took three points in the sixth end. A steal of two points in the seventh end sealed the win for Manitoba for a 7-3 final score. Ontario’s Mike McLean, Brit O’Neill, Andrew Denny-Petch and Karen Sagle set the tone in the first half of the game versus British Columbia’s Dean Joanisse, Shannon Aleksic, Tyler Orme and Kelsey Steiger with a three-ender in the first followed by a steal of one in the third end. Joanisse picked up three points in the fourth end, but it wasn’t enough, as the Ontario team picked up three more points in the back half of the game to take the 7-3 win. Current Standings Championship Pool 8-0 Alberta 6-2 Nova Scotia 6-2 Northern Ontario 5-2 New Brunswick 4-3 Saskatchewan 4-4 Quebec 3-5 Northwest Territories 3-5 Yukon Seeding Pool 4-3 Manitoba 4-3 Ontario 3-4 Newfoundland and Labrador 2-6 British Columbia 1-6 Prince Edward Island 0-8 Nunavut Action continues on Thursday with the Championship and Seeding Pools competing at 2:30 p.m. ET and 7 p.m. ET. For event, team and draw information, visit www.curling.ca/2016mixed. For a downloadable copy of the event draw, click here. For a downloadable copy of the team rosters, click here. To watch the live streaming, click here. Draw scores/standings will be immediately available on Curling Canada’s website, www.curling.ca.