Curling Canada’s Rocks & Rings program has been in Simcoe County (Ontario) schools for four years, with 250 schools and almost 40,000 students in the area taking part the program since its launch in 2011. On Saturday, November 21, the Stroud Curling Club opened its doors to the local community and gave kids and adults a chance to experience curling through a one-day Rocks & Rings program as part of RBC Sports Day in Canada. “We had 130 people on the ice at Stroud,” says Abbie Darnley, of Rock Solid Productions, Inc., who organized and led the one-day event, which was funded by Curling Canada and the RBC Learn To Play Grant.

“Most were families, so about 60 per cent kids and 40 per cent adults,” said Darnley. “Kids from local schools were invited after having the Rocks & Rings program (in their school). Also some Girl Guides, Pathfinders and Scouts were invited to participate.” Rocks & Rings introduces the Olympic sport of curling to students (K-8) in their own school gymnasiums, using customized equipment for day-long visits with trained instructors who deliver an interactive and educational program focused on the basics of the sport. The program can reach anywhere from 150-200 kids in one visit. “We were excited to be part of RBC Sport Day this year to offer a free Learn to Curl for local students and their families,” said Rachael Wilson, Director of Fund Development for Curling Canada. The Curling Canada Rocks & Rings program was developed in 2007 by Rock Solid Productions Inc. of Toronto and is also partnered with the Ontario Curling Association. “At Curling Canada we know this first introduction to curling is a great dose of fun and excitement around the sport in schools. Being able to provide an opportunity to get them on the ice is the next step,” said Danny Lamoureux Director of Curling Club and Youth Development for Curling Canada. “As the official national sport partner of the program, we are committed to growing curling amongst Canada’s youth across the country.” 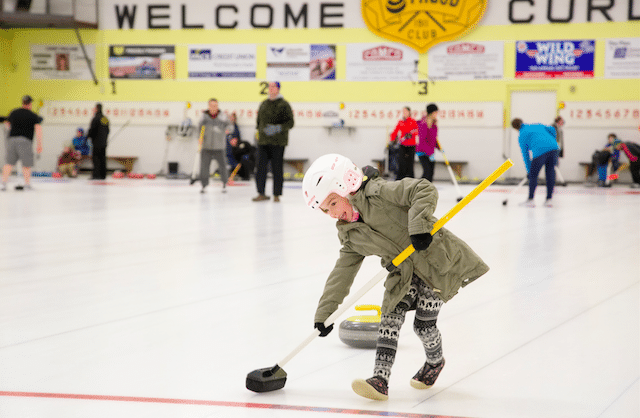