His life in curling went beyond merely throwing a rock or sweeping it.

Sam (Garnet) Richardson, who died on Thursday in his hometown of Regina at the age of 82 after a lengthy illness, preached the gospel of curling wherever he went after his competitive career was done, and become a much-sought-after (and willing) banquet speaker. 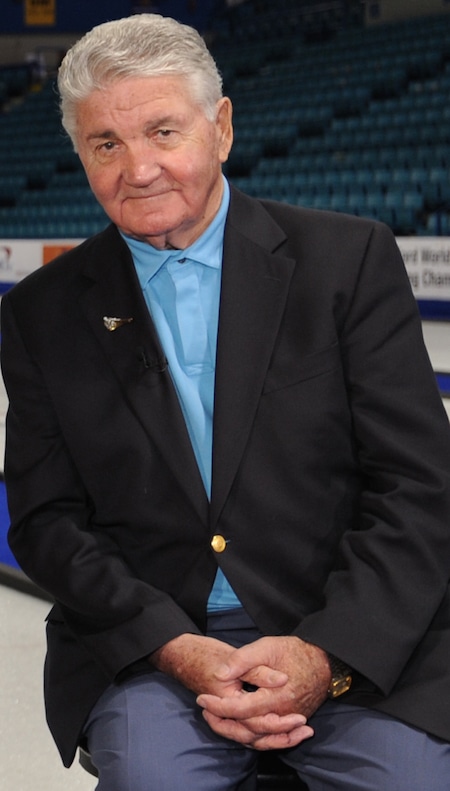 “When you’ve been around Regina as long as I have, when you come into an arena, you’re going to expect to talk to a lot of people. The biggest problem is you met some of them 20, 30, 40 years ago and you can’t remember all their names. You can remember their faces,” Richardson told the Regina Leader-Post in 2006, when he served as honourary chair of the Tim Hortons Brier. “I guess it does (get old). But you meet new people all the time and I run into guys like (former Newfoundland Brier champion) Jack MacDuff — it was 30 years since I coached his team. They’re just wonderful, wonderful people.”

And that, in a nutshell, is what made Richardson so special. Even though he was a member of one of the finest curling teams ever assembled, even though he coached a team to one of the most memorable championships in the history of the Brier, he was still one of the people, never above them, and always passionate about the Roaring Game. He offered his speaking services on numerous occasions at Curling Canada championships over the years, and never failed to keep the crowd entertained.

“Sam Richardson was a legend of the game, on and off the ice,” said Hugh Avery, Chair of Curling Canada’s Board of Governors. “He made everybody who met him happier, and his contributions to our sport over the years won’t soon be forgotten. Curling Canada offers its condolences, not only to the Richardson family, but to the entire curling community that was touched at one time or another by Sam Richardson.”

He rose to fame as the second for the legendary Richardson team from Saskatchewan. With his brother Ernie at skip, and cousins Arnie at third and Wes at lead, Sam won four Brier and world championships (1959, ’60, ’62 and ’63; in the final year, Wes was replaced by Mel Perry due to a back injury).

In 1976, he served as a volunteer driver at the Macdonald Brier in his hometown, and was assigned to a relatively unknown team from Newfoundland, skipped by Jack MacDuff.

He would take on an unofficial role as team coach, and would mentor the team from the Rock to one of the most unexpected titles in Brier history — still the only Canadian men’s championship ever won by a Newfoundland/Labrador team. 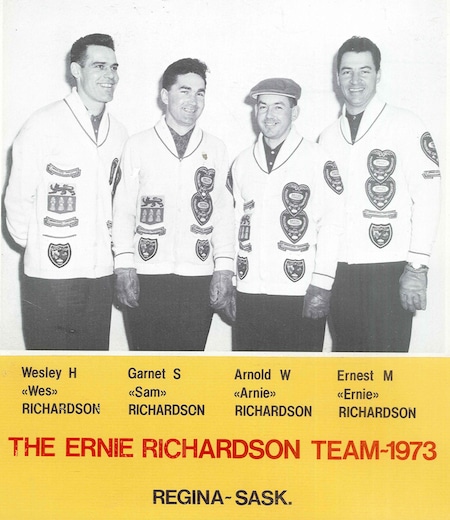 “Sam was such a good coach that you didn’t even realize that you were being coached,” Toby McDonald, MacDuff’s vice-skip, told the Calgary Herald in 2002. “What I’m saying to you now is much more in retrospect. At the time, you were happy that you did it yourself. But as you go along, you realize that, hey, you wouldn’t have been able to do it without the right frame of mind, without the right assistance.

“We were about six games into it. I was kind of the cheerleader on the team, and Sam put his arm around me and said, ‘Toby boy, you remind me of me.’ And, boy, that was a big motivating thing for me. It made me feel pretty darned good.” 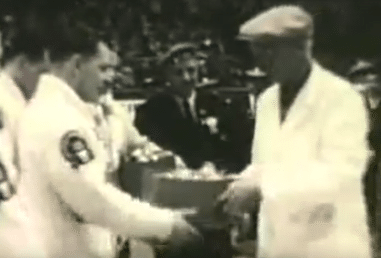 The Richardsons’ first Brier triumph, in 1959. Click on the photo to watch video of that victory.

“There are many legends in the Saskatchewan curling world, but it will be tough to replace the legend of Sam Richardson,” said Amber Holland, executive-director of CURLSASK. “Through his curling prowess on the ice and his ability to bring curling stories to life in front of a microphone, his impact on promoting this sport is second to none. He will be missed but we should all cherish his memory and the stories he told.”