The sign above the front door reads, “We’re Rockin’ Again,” and inside it’s true. Ladies here for the Tuesday morning league are finally set to hit the ice at the Halifax Curling Club — the first time they’ve been able to do so in almost a year. 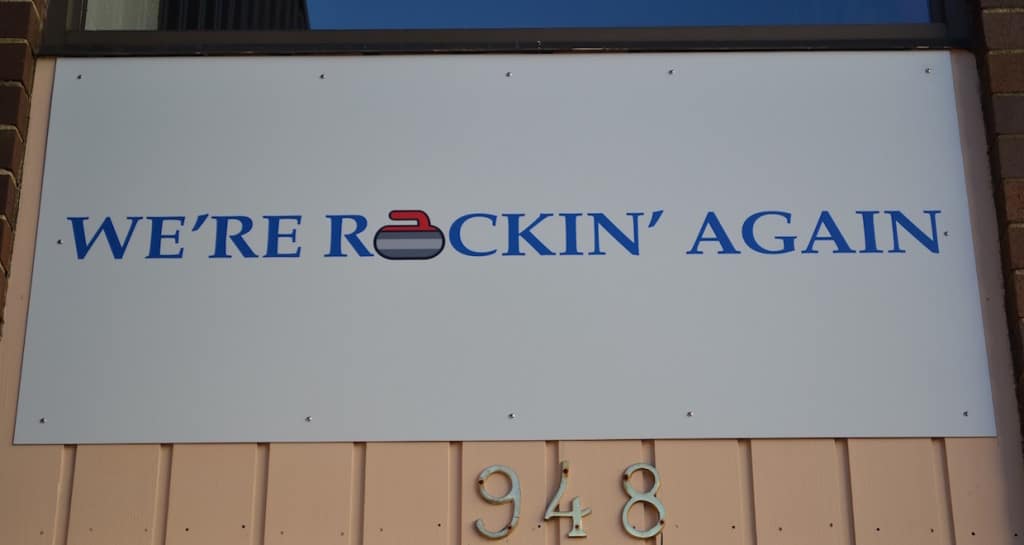 On February 15, 2015, at around 10 a.m., the roof of the ice shed here collapsed under the weight of heavy snow and ice. The sound and force was so strong it woke neighbours and blew the side doors open. When the dust settled and emergency crews could get inside, they discovered that all four sheets were demolished but that the upstairs and downstairs lounges were basically intact. More importantly, they didn’t find anyone inside. “That’s the silver lining in all of this,” says Club President Grahame Usher. “It really could have been tragic, but because it wasn’t — nobody was inside or hurt — then we knew we could rebuild.” That rebuild began in September after club members overwhelmingly voted to do so in June. The ice shed now has a new roofline to better deal with snow loads, there’s new glass to the lounges, new LED lighting and a cedar ceiling. Luckily, they didn’t have to replace the slab under the ice or the coolant pipes. Also remaining is a single beam from the original ice shed and the numbers “1-8-2-4” that hung above each sheet and somehow survived the collapse. Both are a nod to the history of the Halifax Curling Club, established in 1824 and one of the oldest continuously operating curling clubs in North America. “We’re quite pleased with what we’ve got,” says Usher of the new ice shed. “It’s one of those situations when you rebuild, you never know what the final product is going to look like. But it’s really exceeded our expectations, and the membership is more than pleased with what they see.” 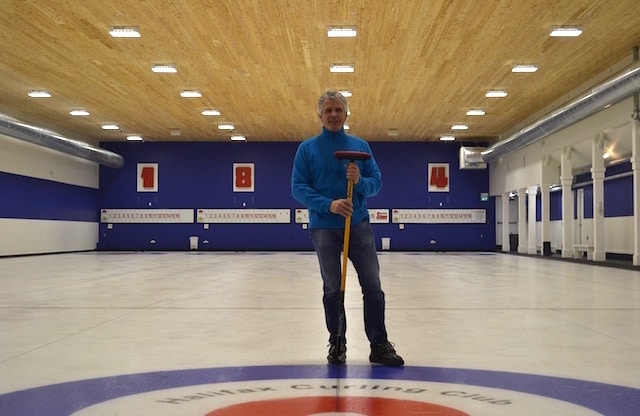 It wasn’t easy getting to this point, though, of course. Usher says the insurance company – Travelers, which also sponsors the annual Travelers Curling Club Championship – and construction companies were “fabulous” to work with, but that one of the bigger challenges was getting the proper city permits, which delayed the beginning of construction by four or five weeks. One ongoing challenge will be retaining members, many of whom played elsewhere last year after the four other clubs in the city generously provided ice time. Before the collapse, the club had about 200 members; now there are fewer. Usher is hopeful those numbers will go up, however, no doubt boosted by the response at the grand opening weekend on January 30 – 31. “On the Saturday alone we probably had 200 to 300 people go through here, and we signed up quite a few new members, which is great,” he says. “People are surprised by how classy and stunning it is, and we’re just delighted to be back for curling and the community as a whole as well.” Out on the ice, it’s clear the ladies here for the Tuesday morning league are delighted too. Even after a few photos to mark the first draw in the new ice shed, almost everyone keeps smiles on their faces. A few minutes later, the leads are set, sweepers ready. Someone yells, “1-2-3!” and that familiar sound of stones sliding over pebble fills the space. The Halifax Curling Club is indeed rockin’ again. Story by Jordan Whitehouse 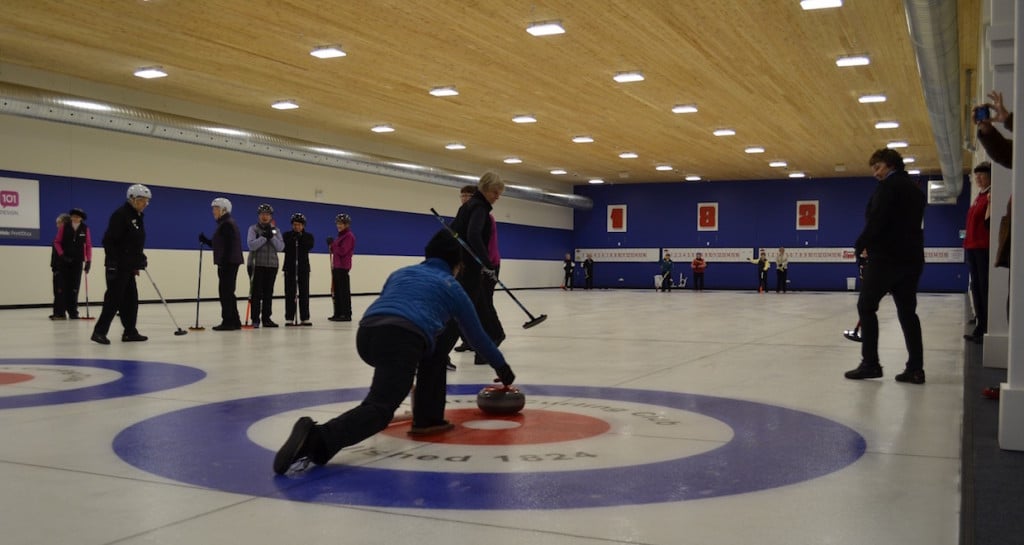