Curling Canada’s new Chief Executive Officer has a wealth of experience in leadership roles in sports, marketing and brand management that spans more than 20 years. 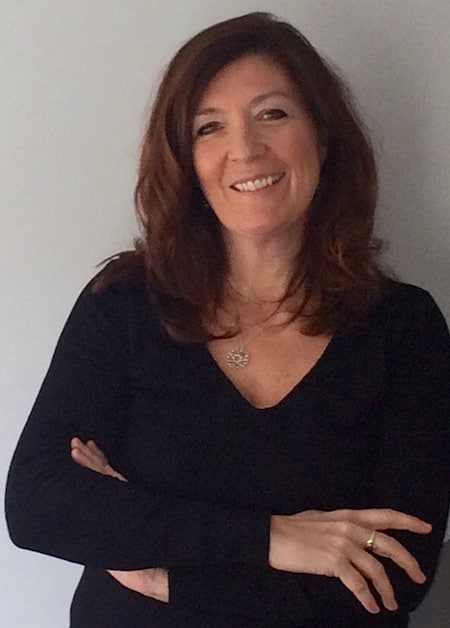 “We made sure no stone was left unturned in our exhaustive pursuit of the best candidate to continue taking our organization to new heights in Canada,” said Avery. “Katherine made a profound impact with our search team with her vast knowledge and experience, and we’re thrilled to enter into this partnership, and thoroughly excited to see what she can do for Curling Canada and the sport of curling.”

Henderson’s most recent role was as Senior Vice-President, Marketing and Revenue for the Toronto 2015 Pan/Parapan American Games organizing committee, and she played a significant role in, among other things, putting together the most successful non-Olympic sponsorship program in Canadian history with a who’s-who of Canada’s corporate community. She also oversaw the negotiation of broadcast rights for the Games, and under her watch, the Pan/Parapan American Games broke records for attendance, ticket sales and television ratings.

Prior to that, she spent seven years with the Whirlpool Corporation, filling various prominent leadership roles in marketing and general management for the Canadian and North American divisions. She also worked in marketing/branding roles with other high-profile companies such as Colgate Palmolive Canada, Campbell Soup Canada and General Mills Canada.

“Katherine was a trusted and much-relied-upon member of the TO2015 leadership team, and it was her dedication, vision and inspiration that played a significant role in the success of the  2015 Pan/Parapan American Games,” said Saäd Rafi, former Chief Executive Officer of the Toronto Pan/Parapan American Games organizing committee. “Katherine’s proven leadership and marketing abilities, and her passion for sports, make her a natural fit for Curling Canada, and I’m confident the organization will reap major benefits from her leadership going forward.”

Henderson joins an organization that is ranked first in the world in men’s, women’s and wheelchair curling, and runs the highly successful Season of Champions series of national curling championships that includes the Tim Hortons Brier, the Scotties Tournament of Hearts and Ford World Men’s and Women’s Curling Championships.

“Curling Canada has proven emphatically to be world-class, not only in its athletic performance on the world stage, but in its business and administrative operations and partnerships with high-profile companies in Canada,” said Henderson. “But I believe the best is yet to come. There are so many opportunities for this sport, at the grassroots, championship-event and high-performance levels, to take curling to even greater heights, and the opportunity to play a role in that growth, in co-operation with Curling Canada’s Member Associations and other stakeholders, is really exciting.”

A long-time runner in her spare time, Henderson holds a bachelor of science degree in nutrition from the University of Western Ontario, an MBA from the Schulich School of Business at York University and a master’s in theological studies from the University of Toronto. She also serves on the boards of Rugby Canada and the Michael Garron General Hospital in Toronto.

“On behalf of the Canadian Olympic Committee I am pleased to offer congratulations and support to Kathy in her new role,” said Chris Overholt, Canadian Olympic Committee CEO and Secretary General. “Her success in leading marketing for the Toronto 2015 Pan Am Games, as well as in-depth sport knowledge, will help her hit the ground running as the new leader of Curling Canada.”

“I am very much looking forward to once again working with Katherine, who was a strong supporter of the Paralympic movement during her tenure at Toronto 2015,” added Dr. Gaetan Tardif, President of the Canadian Paralympic Committee. “I know she will put exceptional efforts into supporting our Canadian wheelchair curling team.”

“There is so much to anticipate as we go forward with Katherine,” said Avery. “The hiring process took almost nine months for a very good reason: we wanted to ensure that we found the best candidate to lead our organization, and we’re confident that we’ve done exactly that. Her knowledge of the business of sports, combined with her passion for athletic excellence as well as increasing grassroots participation levels, make her a perfect fit for Curling Canada.”

Henderson will make her first public appearance as Curling Canada’s CEO this coming weekend as the 2016 Scotties Tournament of Hearts kicks off in Grande Prairie, Alta.

“I’m genuinely eager to get to work, and I’m really looking forward to seeing the Scotties in Grande Prairie, and meeting with curlers, curling fans and the Curling Canada staff,” said Henderson. “The next steps will be establishing clear and open lines of communication with not just the Member Associations, but everyone who has a passion for the sport of curling. This game, and this organization, have so much going for them, and we’re going to continue building on the foundation of success that already is in place.”