A brand-new 2016 Ford Edge Sport will be on the line when the Ford Hot Shots skills competition is staged for the 22nd consecutive year at the Scotties Tournament of Hearts in Grande Prairie, Alta., and the Tim Hortons Brier in Ottawa. 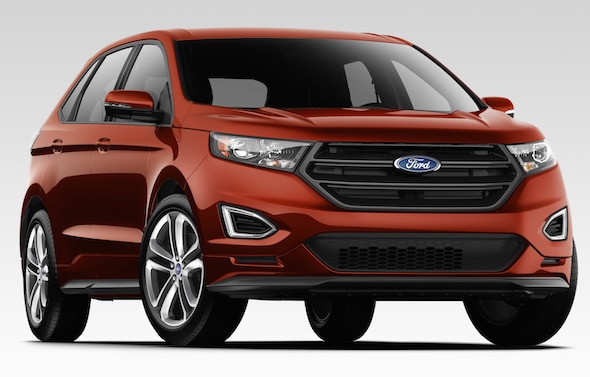 A two-year lease on a 2016 EcoBoost powered Ford Edge Sport SUV will be awarded to the winners of the 2016 Ford Hot Shots skills competition.

The annual competition will feature competitors attempting six different shots: Hit and Stay, Draw the Button, Draw the Port, The Raise, Hit and Roll and Double Takeout. Each shot is awarded points on a scale from 0-5 depending on the end result of the shot.

Ford of Canada will provide the winner of the Ford Hot Shots at the Scotties Tournament of Hearts and Tim Hortons Brier with a two-year lease on an all-new 2016 EcoBoost powered Ford Edge Sport SUV, with an approximate retail value of $49,789 MSRP.

The made in Canada 2016 Ford Edge Sport asserts its presence with a striking stance, standout proportions and 20-inch Alloy Wheels. With premium accommodations for five, it doesn’t stop there. Edge Sport not only looks great, it’s available with many advanced features, including a huge glass Panoramic Vista Roof and Ford’s innovative SYNC 3 voice-activated entertainment and information system.

At the Scotties, the Ford Hot Shots preliminary round will begin at 2 p.m. (MST) on Friday, Feb. 19. The playoffs (Final Eight, Final Four, Final) begin at 10:30 a.m. on Saturday, Feb. 20, with the Opening Ceremonies to follow.

At the Tim Hortons Brier, the Ford Hot Shots preliminary round will begin at 2 p.m. (EST) on Friday, March 4. The playoffs (Final Eight, Final Four, Final) begin at 11:30 a.m. on Saturday, March 5, with the Opening Ceremonies to follow.