Canada’s Tyler Tardi fell just short of winning his second medal of the 2016 Youth Olympic Games today, losing in the bronze-medal game of the Mixed Doubles tournament in Lillehammer, Norway. 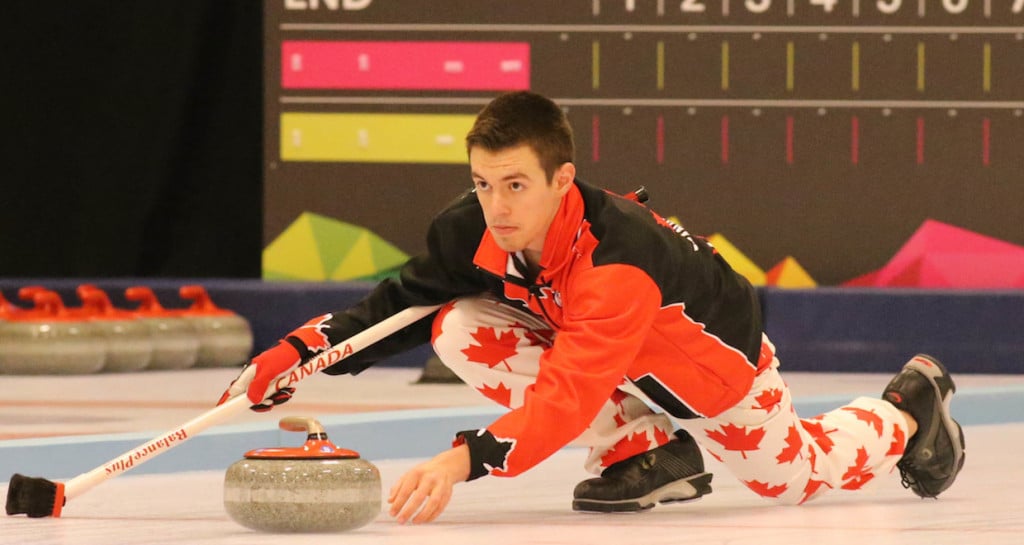 Tyler Tardi in action during the Mixed Doubles event of the Youth Olympic Games in Lillehammer, Norway (WCF/Richard Gray photo)

Tardi, of Surrey, B.C., and teammate Honoka Sasaki of Japan had a strong run through the field of Youth Olympians after being paired at the conclusion of the Mixed Team event, in which Tardi won gold, playing third with Team Canada teammates Mary Fay (skip), Karlee Burgess (second) and Sterling Middleton (lead), led by coach Helen Radford. In the bronze-medal game, Tardi and Sasaki fell behind early and trailed 6-0 at the break. They scored a single in six, but their opponents, Ruiyi Zhao (China) and Andreas Haarstad (Norway), scored three in the sixth end and stole another point in the seventh to put the game away, 10-1. Despite the loss, Tardi was upbeat about his experience in the Mixed Doubles event in Lillehammer. “We had a lot of fun out there and are pretty happy with how we did,” he said. “We just had the wrong side of the inch a couple of times, ticking guards a few times, and they were making a ton of shots. They really deserved (the win).” “It was a load of fun,” Tardi said about playing with Sasaki. “Even with the language barrier we still managed to make it work and had a ton of fun doing it.” Yako Matsuzawa (Japan) and Philipp Hoesli (Switzerland) won the gold medal with an 11-5 win over Han Yu (China) and Ross Whyte (Great Britain) “I’ll remember it (this week) for the rest of my life and definitely carry on my experiences here in other events,” said Tardi about his Youth Olympics experience. For more information about the Youth Olympic Games, visit https://www.olympic.org/youth-olympic-games The next Youth Olympic Winter Games will take place in 2020 in Lausanne, Switzerland. 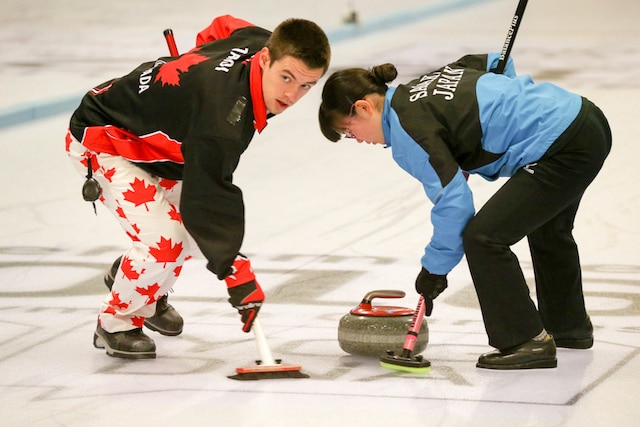 Tyler Tardi and teammate Honoka Sasaki of Japan sweep their rock to the house during Mixed Doubles play at the Youth Olympic Games in Lillehammer, Norway (WCF/Richard Gray photo)