Another win for Canada at World Wheelchair Championship

It has been a challenging week for Team Canada at the 2016 World Wheelchair Curling Championship, but with one day left in round robin competition in Lucerne, Switzerland, they split their two games, finishing off the day with a strong 8-5 win over Norway. 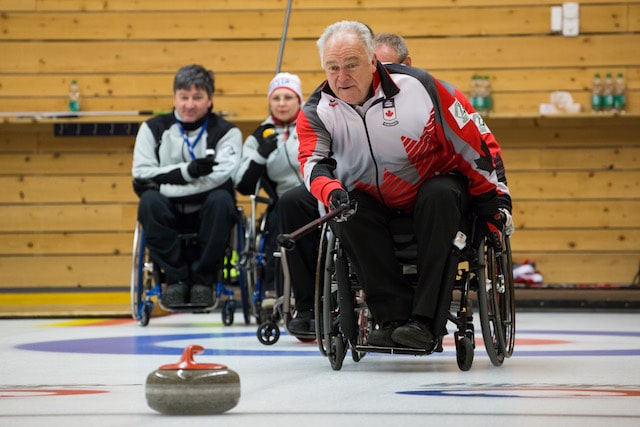 Skip Jim Armstrong, third Ina Forrest, second Dennis Thiessen, lead Mark Ideson, alternate Sonja Gaudet and coach Wayne Kiel have been struggling to score points. That changed against Norway’s Rune Lorentsen, when Canada opened with a score of three in the first end and controlled the play the rest of the way. A steal of one in the seventh gave Canada an 8-5 lead and Norway wasn’t able to catch up. “The ice held a little better today, maybe it’s a little colder outside, and you saw a lot more shots being made,” said Armstrong. “It was a big win today. We’ve played Rune many, many times over the years and I believe he’s one of the best strategists we have in our sport. It was a good game.” Against Russia’s Andrey Smirnov earlier in the day, Canada was held off the scoreboard until the fourth end, scoring a single. But Smirnov, the reigning world champion, scored multiple points with hammer in a 7-2 win. Canada now sits in 9th place, with no chance of making the playoffs, but Armstrong and his team still feel they have a mission ahead of them. “We’re going to do all we can now. Certainly I’ve never been in this situation, worrying about the bottom up,” Armstrong said. “We’d like to do our best. “It’s going to be a big game tomorrow, not just for us, but it’s a big game for the Canadian programme, and we’d certainly like to go out on a positive note and salvage what we can from the week.” 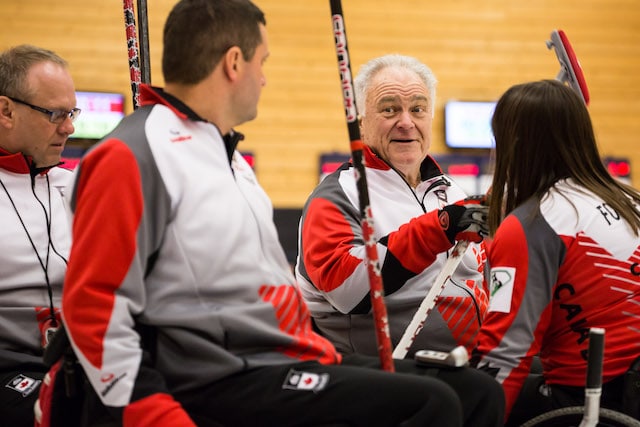 Norway, Russia and Switzerland have qualified for playoffs, and four teams – Korea, United States, China and Germany – still have a chance to make at least tiebreakers. The round robin concludes on Friday, when Canada faces Germany at 3 a.m. EST. The 10 teams will play a round-robin draw that concludes on Friday. Tiebreakers, if necessary, and the top four teams advance to the Page playoff games, which will be played on Saturday, with the semifinal, bronze- and gold-medal games on Sunday. Live scoring, team line-ups and the schedule are all available on the event website, www.worldcurling.org/wwhcc2016.