Playoffs for Team Canada men and women at World Juniors

After struggling through a couple of losses mid-week, Team Canada’s Matt Dunstone got back on track Friday with a couple of wins to finish off the round robin and claim a playoff spot at the 2016 World Junior Curling Championships in Taarnby, Denmark. 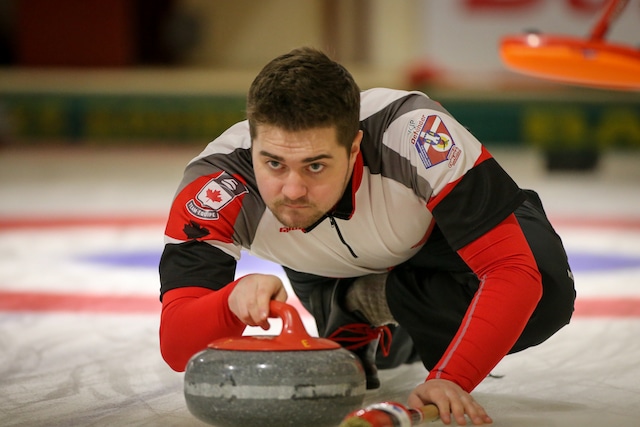 “We’re content, we’re happier now than we were earlier in the week,” said the Team Canada skip after a 4-3 win over Norway’s Magnus Ramsfjell secured his team – third Colton Lott, second (and vice-skip) Kyle Doering, lead Robbie Gordon, alternate Wade Ford, coach Calvin Eadie and team leader Brian Chick – a spot in the playoffs. “We’re playing a lot better and we’re right where we want to be,” he said. “When we had two losses early in the week we felt that the playoffs was going to be a stretch, so we’re very fortunate to be where we are.” A 6-4 win over Russia’s Timur Gadzhikhanov in the last game of the round robin means that the Canadian men finish in third spot and will meet Switzerland in the Page Playoff 3-4 game on Saturday at 8 a.m. ET. Canada just missed finishing in second place, thanks to a USA win over Switzerland in the final session. “We put ourselves in this position earlier in the week, so we can’t be too mad about what’s going on here,” said Dunstone about finishing in third place.  “We’re in the playoffs, we’ve just got to get hot now. We’re going up against the three other best teams in the world here so we’ll have to win tough, and if we bring our A game, there will be no doubt we’ll end up on top.” The Canadian women are also heading to the playoffs, the only undefeated team in the competition. 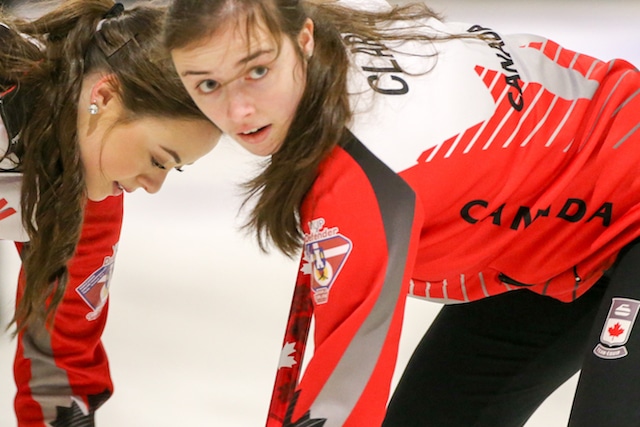 Mary Fay and her Chester, N.S., team of third Kristin Clarke, second Karlee Burgess, lead Janique LeBlanc, alternate Sarah Daniels, coach Andrew Atherton and team leader Andrea Ronnebeck wrapped up the round robin with a solid 6-2 win over Scotland’s Sophie Jackson on Friday afternoon and will face USA’s Cory Christensen in the Page 1-2 game on Saturday at 8 a.m. ET. “It means so much (to make the playoffs),” said Fay after the final round-robin win. “We’ve had a good week so far, and we’ve been focussed and supporting one another.” Fay and Burgess are fresh off a gold medal at the 2016 Youth Olympic Winter Games, but the skip says the experience of competing on the international stage is something her team doesn’t take for granted. “We’re just excited to wear the Maple Leaf again, it doesn’t happen that often,” she said. “We’re just enjoying every opportunity to put that on and compete. Being able to compete at this level and compete against the best in the world, especially with my teammates and best friends, it means so much.” 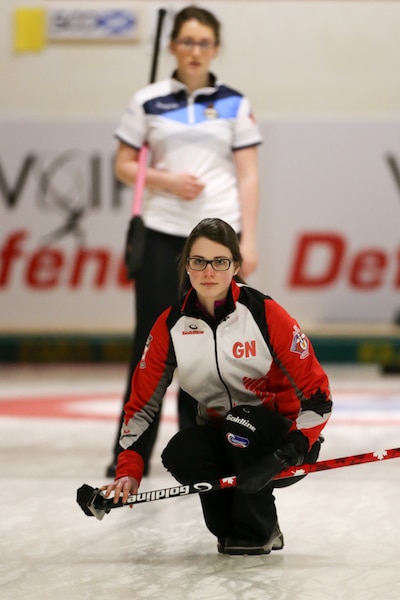 Page playoff and the semifinal games will take place on Saturday, with the gold- and bronze-medal games on Sunday, March 13, Women’s at 4 a.m. ET, and Men’s at 9 a.m. ET. Event information, including news and live scoring, are available at the event website, www.worldcurling.org/wjcc2016 As well, selected games will be streamed live on the World Curling Federation’s Youtube channel, www.youtube.com/WorldCurlingTV 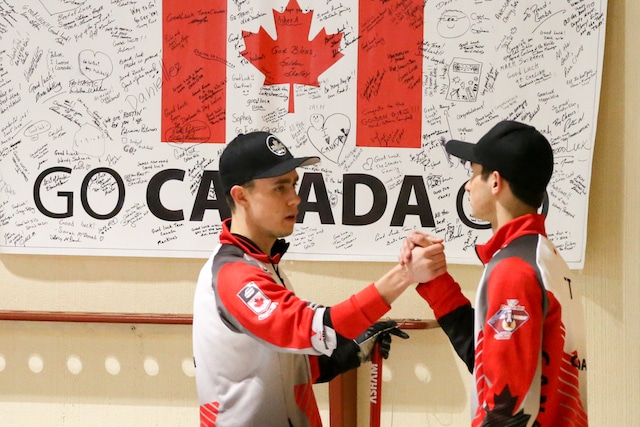