The most talent-laden field in the history of the event will open play Thursday at the Nutana Curling Club in Saskatoon in the 2016 Canadian Mixed Doubles Curling Championship. 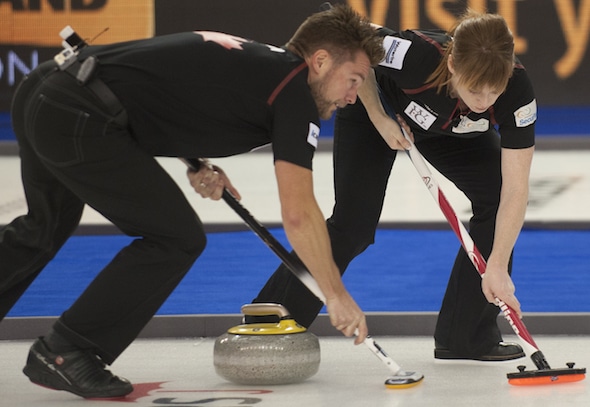 With mixed doubles now having Olympic medal status, many of the sport’s top Canadian stars have added it to their repertoire.

And that’s reflected in the deep field that will take to the ice in Saskatoon.

For the first time in the history of the Canadian Mixed Doubles Championship, the event will be streamed live. Go to the event website, www.curling.ca/2016mixeddoubles/, to access the streaming link.

The winning team will represent Canada at the 2016 World Mixed Doubles Championship, April 16-23 in Karlstad, Sweden.

That will be the first qualifying event to determine the seven countries that will join the host South Korean team in the field of the 2018 Winter Olympics in PyeongChang, South Korea, where mixed doubles curling will make its debut as an Olympic medal sport after being approved by the International Olympic Committee this past June.

The Canadian Mixed Doubles gets underway on Thursday morning, with the first draw set for 8:30 a.m. (all times MDT).

The gold-medal game is scheduled for Sunday at 4 p.m. 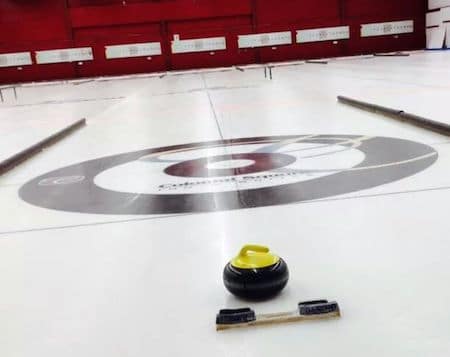 Champions from 13 Member Associations are in the field, as are last year’s champions, Thomas and Park from Calgary, and the next-highest-finishing still-intact team from last year, Hugh and Janet Murphy (tied for third last year in Ottawa). The rest of the teams qualified through mixed doubles competition during the 2015-16 season.

The World Mixed Doubles Championship began in 2008 in Vierumäki, Finland. It has since been captured five times by Switzerland, although the Hungarian pair of Zsolt Kiss and Dorottya Palancsa has won two of the past three world championships.

Canada’s best result at the world mixed doubles is a bronze medal in 2009, won by Sean Grassie and Allison Nimik

The mixed doubles game format is played over eight ends (instead of the usual 10 at Curling Canada four-player events). Each team has only six stones and one of those stones from each team is pre-positioned on the centre line before every end of play. One player delivers the first and last stones of the end while the other player throws the second, third and fourth stones.  If they choose to, the two players may swap positions from one end to the next. Both team members are also allowed to sweep.

This season, a new Power Play option was added; once per game, teams with last rock can position the rocks to the side — one rock on the tee-line, intersecting the 12- and eight-foot circles, and a corner guard protecting it.