Team Canada is hoping a return to Switzerland will also mean a return to the top of the medal podium when the 2016 World Men’s Curling Championship, presented by Ford of Canada, gets underway Saturday in Basel, Switzerland. 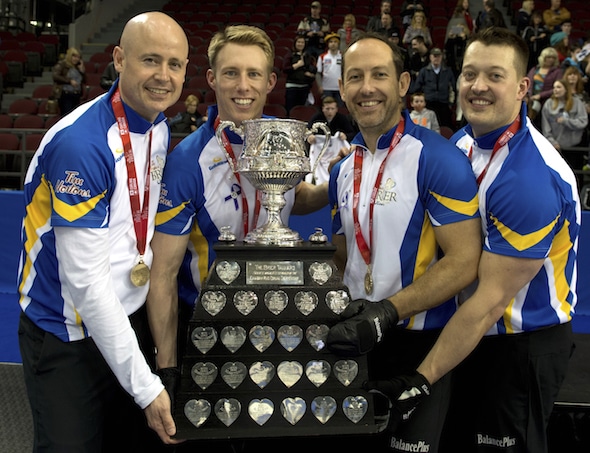 All five Canadian players have world titles on their resume, but with different teams. 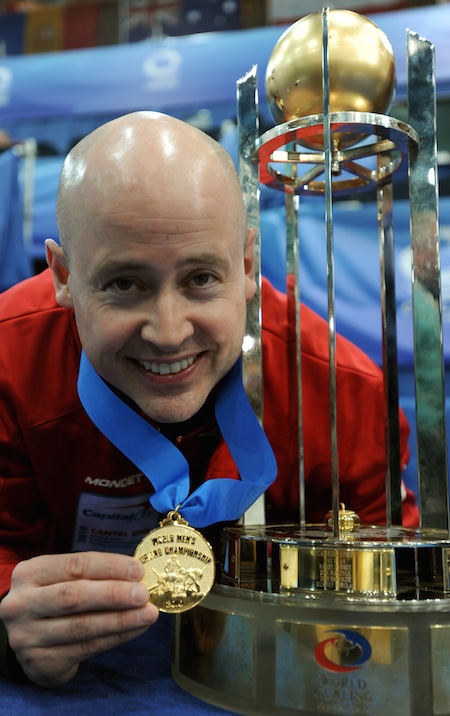 Koe skipped Team Canada to gold in 2010 at Cortina d’Ampezzo, Italy; Kennedy and Hebert won gold as the front end for Kevin Martin in 2008 at Grand Forks, N.D.; Laing was a member of Howard’s 2012 team in Basel, and also won gold in 2007 at Edmonton with Howard; and Pfeifer won three world titles throwing second rocks with Randy Ferbey.

Canada will be looking to win gold for the 35th time in the 57-year history of the World Men’s Championship. In addition, Canadian teams have reached the podium 50 times in those 57 previous world championships, collecting nine silver and seven bronze to go along with the gold medals, including the bronze that Simmons’ team from Calgary won last year in Halifax.

Canada hasn’t gone four years without a world championship gold medal since an infamous seven-year dry spell that lasted from 1973 to 1979.

The Finns are among a group of familiar faces who’ll be contesting the championship in the 9,000-seat St. Jakobshalle, which serves as an unofficial home court for Swiss tennis legend Roger Federer. He’s won a record seven men’s singles titles in the ATP’s Swiss Indoors tournament, which is contested annually in the arena.

Last year’s gold- and silver-medallists — Sweden’s Niklas Edin and Norway’s Thomas Ulsrud — are in the field.

Also returning to Basel is Brewster, but he’ll be skipping an entirely different Scottish team than in 2012 — a team that features Hammy McMillan, son of the 1999 world men’s champ with the same name.

Wearing the home Swiss colours will be Sven Michel, while John Shuster of the United States is back after losing in a playoff tiebreaker last year in Halifax.

It will be the first opportunity for countries to secure qualifying points to earn Olympic berths — the combined results of this year’s event in Basel and next year’s Ford World Men’s Championship in Edmonton will determine seven of the 10 teams that compete in South Korea. The host country is guaranteed a spot, while the other two countries will be determined in a last-chance qualifying event in late 2017.

With a medal-podium finish in Basel, Koe’s Canadian team would be in line to qualify directly for the 2017 Tim Hortons Roar of the Rings in Ottawa — the event that will decide Canada’s four-player teams for the 2018 Winter Olympics.

But as Team Koe already has a Trials berth by virtue of winning the 2015 Home Hardware Canada Cup in December in Grande Prairie, Alta., the berth that Koe could win with a medal in Basel will go to the highest non-qualified team on the 2016-17 Canadian Team Ranking System.

Round-robin play will continue until Thursday, with the top four teams advancing to the Page playoffs, which see the first-and-second place teams playing Friday, April 8, at 1 p.m. ET for a berth in the April 10 gold-medal game (9 a.m. ET). The loser of the one-two game drops to the semifinal (April 9, 1 p.m. ET) against the winner of the Page three-four game (Saturday, April 9, 8 a.m. ET). The semifinal loser and Page three-four loser will play for the bronze medal on April 10 at 4 a.m. ET

TSN/RDS2, the official broadcast partners of Curling Canada’s Season of Champions, will provide live coverage of nine of Canada’s 11 round-robin games, in addition to all playoff games. Check the broadcast schedule here: www.tsn.ca/curling-on-tsn-1.365469

For full information, including schedule, rosters and live scoring, go to the event website: www.worldcurling.org/wmcc2016