The playoff match-ups have been decided at the 2016 Everest Senior Men’s and Women’s Curling Championship after a day of close games in the championship round. 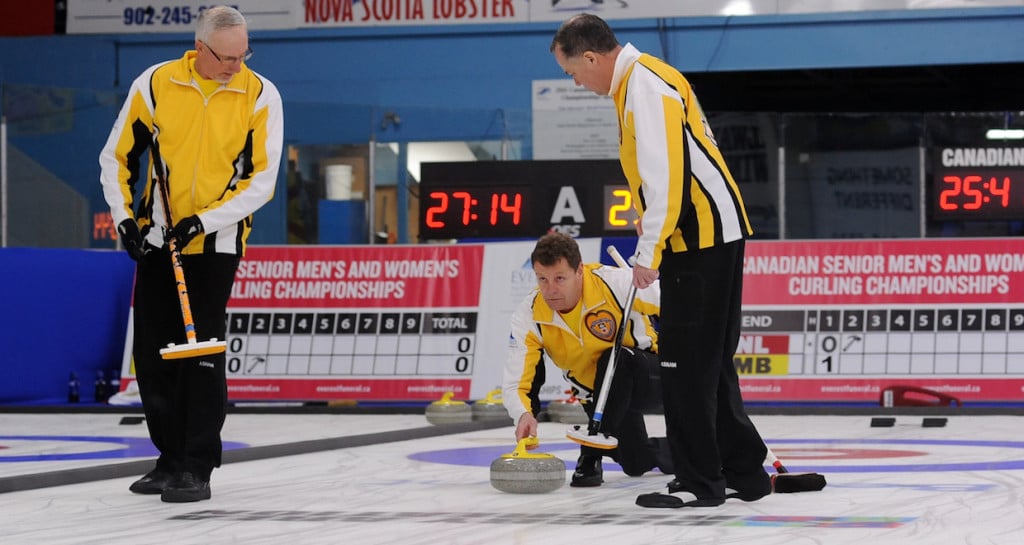 Despite earning his first loss of the competition – an 8-2 loss to Bob Ursel of British Columbia – Ontario’s Bryan Cochrane retained a hold on first place with a 7-4 win over Alan O’Leary (Nova Scotia) in the final game of the championship round. Cochrane will face fourth-place Ursel in semifinal action on Saturday morning, while Manitoba’s Randy Neufeld, who finishes in second place, will play Nova Scotia’s O’Leary. The women’s competition was just as tight on the last day before playoffs. In the morning draw, Nova Scotia’s Colleen Jones defeated Saskatchewan’s Sherry Anderson 3-2 with an open hit on her last rock, evening their records at 7-2 and creating a four-way tie at the top. In the final draw, Jones came out on top of a 7-5 extra-end battle over Cathy King of Alberta to finish in first place. A 9-3 win by Jo-Ann Rizzo over Anderson in the last draw of the championship round moved the team from Ontario into second place, and they will face Anderson (third place) in one semifinal. Jones will play King – again – in the 1 vs 3 semifinal. 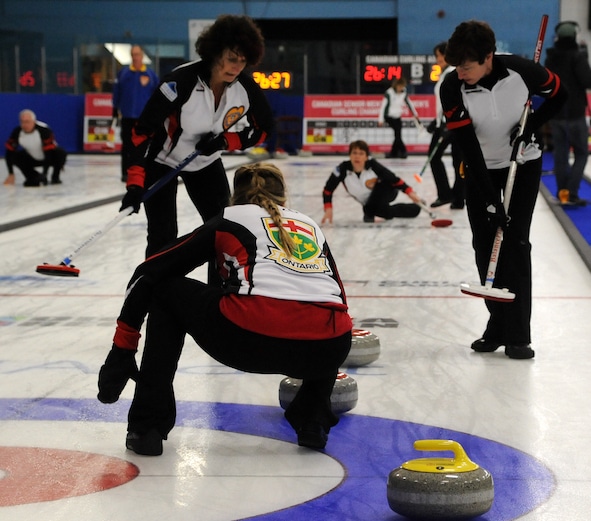 Men’s and Women’s semifinals will take place at 9:30 a.m. AT, followed by the Everest Ferbey Pro-Am game at 12 p.m. AT. The gold-medal and bronze-medal games for both men and women get underway at 3 p.m. AT.   Games will be broadcast online; check the event website, www.curling.ca/2016seniors/, for further details and broadcast times. Live draw results for the 2016 Canadian Seniors will be available at www.curling.ca. For event information, visit www.curling.ca/2016seniors.