Northern Ontario and Saskatchewan will play for gold 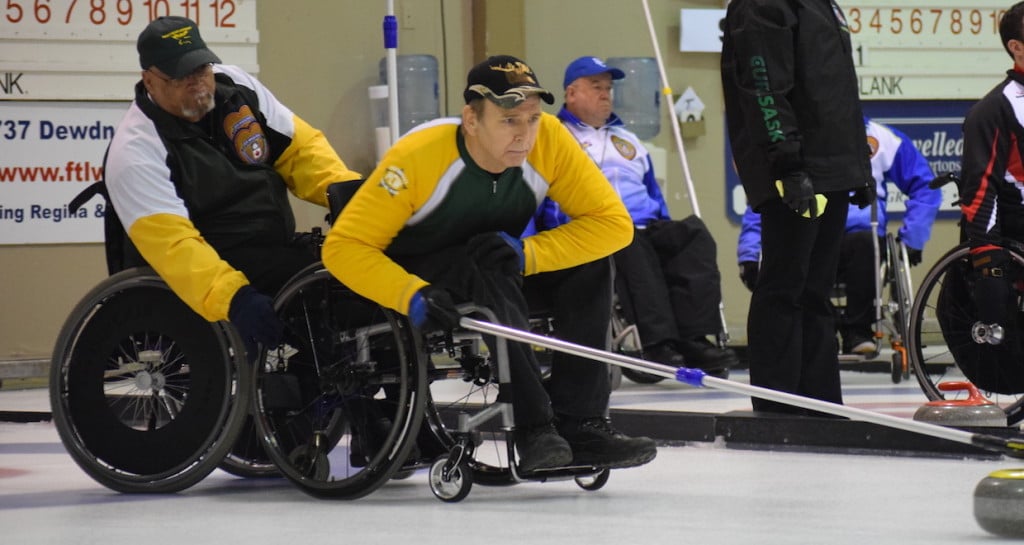 The final will have a familiar look about it: Dean will have a second opportunity to defeat the 2012 champion from Saskatchewan after losing to Bender in the Page 1 vs 2 playoff game on Friday evening. Dean and his team of Gino Sonego, Chris Provenzano, Lola Graham and alternate Rick Bell earned their way to the gold-medal game after scoring a 9-6 win over Nova Scotia’s Trendal Hubley-Bolivar in the semifinal on Saturday afternoon at the Callie Curling Club in Regina. Hubley-Bolivar finished the round robin in third place and had to wait for two tiebreakers to determine who he would play in the Page 3 vs 4 playoff game earlier in the day. It was Alberta’s Jack Smart who came through the qualifying process, starting with a 6-3 win over Dennis Thiessen (Manitoba) and then posting a 7-4 win over defending champion B.C., skipped this year by Frank LaBounty. In the Page 3 vs 4 playoff, the Nova Scotians led 5-2 after four ends and stole a single in seven to finish with an 8-3 score and a place in the semifinal. 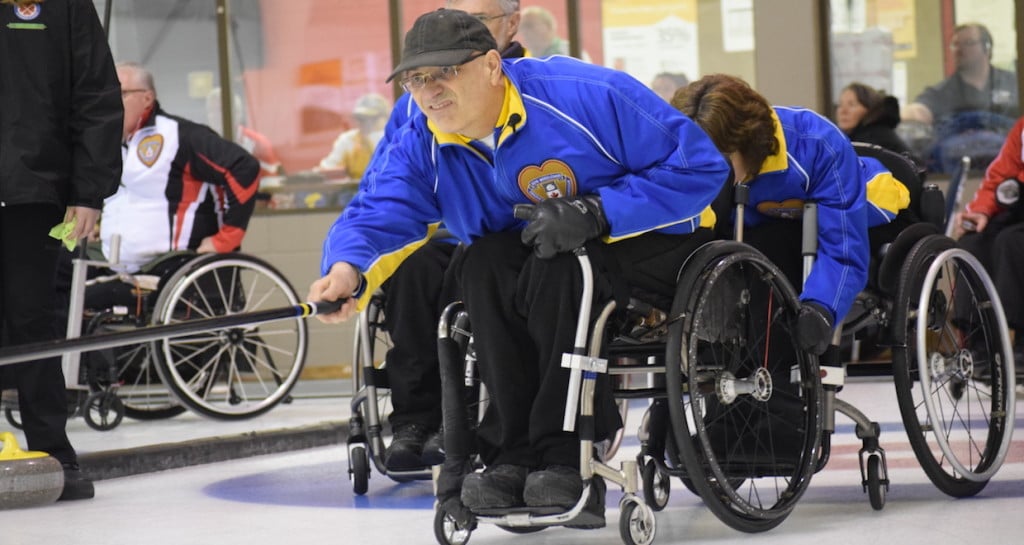 Alberta will face off against Nova Scotia in the bronze medal game on Sunday – a rematch of their Page playoff. Bender, with his Regina team of Larry Schrader, Marie Wright, Gil Dash and Moose Gibson, is hoping to repeat the team’s 2012 success in Thunder Bay, where they defeated Alberta’s Bruno Yizek for the gold medal. The medal games take place on Sunday, with the bronze game at 11 a.m. MDT, and the championship final at 2 p.m. MDT. Game scores and event information is available at www.curling.ca/2016wheelchair. Live-streamed broadcasts of the 2016 Canadian Wheelchair Curling Championship will be available at www.wcblog2.com/. 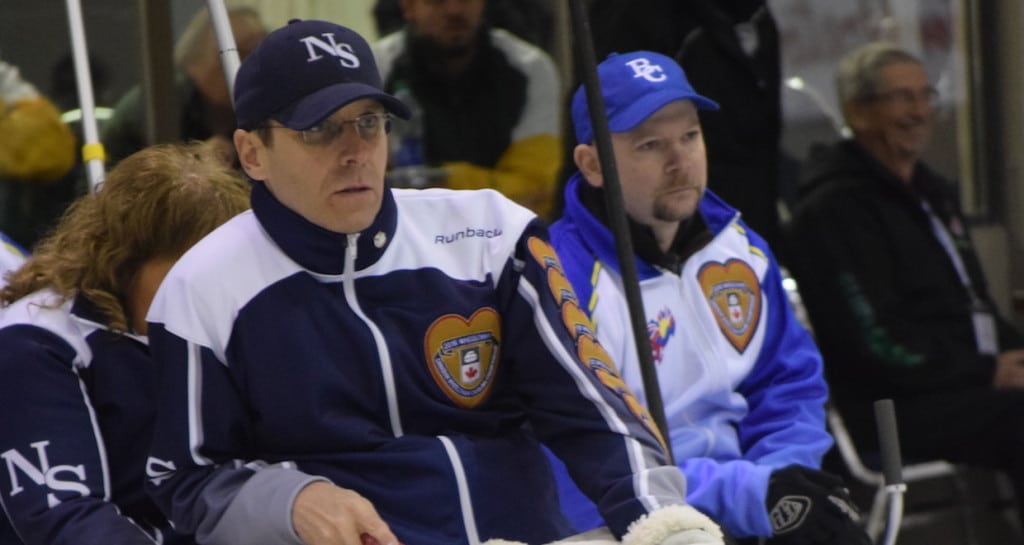