Saskatchewan is through to gold-medal game at Wheelchair Championship

Saskatchewan’s Darwin Bender certainly knows how to keep the hometown fans happy. Bender, the 2012 Canadian Wheelchair Curling champion, and his team of Gil Dash, Marie Wright and Larry Schrader scored four points in the final end of the Page 1 vs 2 playoff game against Northern Ontario’s Doug Dean on Friday evening at the Callie Curling Club in Regina to earn a 9-6 win and the assurance of at least a silver medal in the 2016 Canadian Wheelchair Curling Championship. 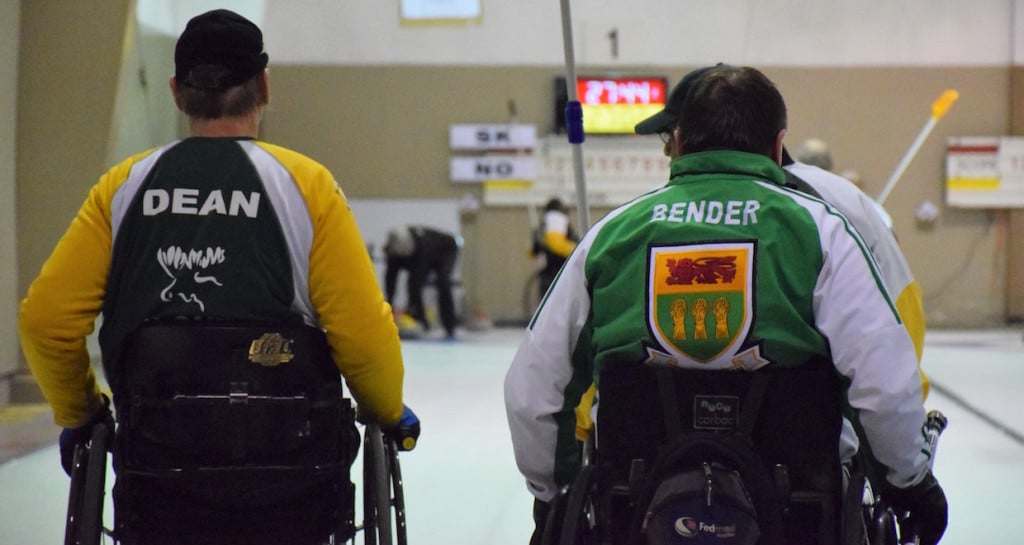 Northern Ontario, who finished the round robin with a 7-2 record, tied with Saskatchewan, will get a second chance at the final. Dean will face the winner of the Page 3 vs 4 playoff between Nova Scotia and Alberta in the semifinal on Saturday. Nova Scotia’s Trendal Hubley-Bolivar earned a spot in the Page 3 vs 4 playoff game with a win over Quebec (Sébastien Boisvert) after finishing the round robin with a 6-3 record. Despite the clear third-place finish, Hubley-Bolivar had to wait to find out who his opponent would be, after a log jam of teams finished at 5-4 and needed tiebreakers to determine the final playoff spot. 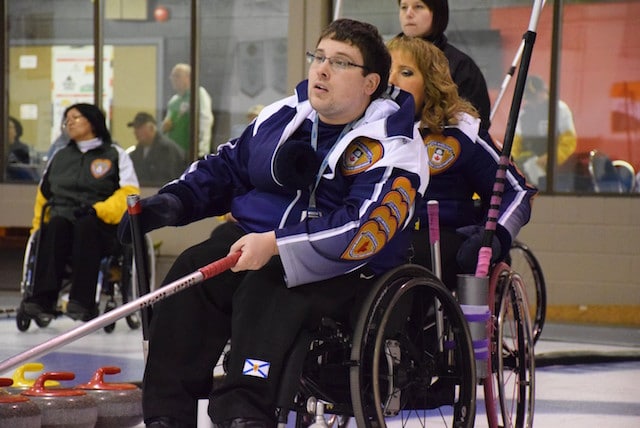 Finishing tied for fourth was Frank LaBounty and his B.C. team of Alison Duddy, Ellis Tull, Vince Miele, Janice Ing and coach Karen Watson, who lost their first four games to start the week and then went on a five-game winning streak. Because B.C. had beaten both Alberta and Manitoba in the round robin, those two teams met in the first tiebreaker. Alberta, skipped by Jack Smart, came out on top of a 6-3 score over Manitoba’s Dennis Thiessen and moved on to defeat B.C. in the second tiebreaker, 7-4. With that win, Alberta now faces Nova Scotia in the Page 3 vs 4 playoff on Saturday at 10 a.m. MDT. The winner of that game will play Northern Ontario in the semifinal at 3 p.m. MDT. 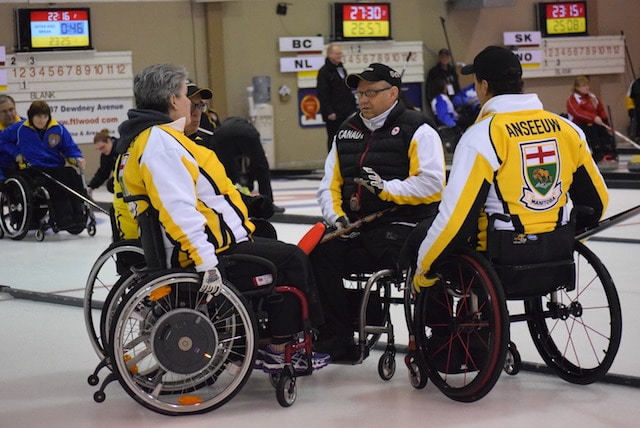 Ten teams, representing nine provinces plus Northern Ontario, play a round robin from Monday to Friday, April 8, followed by the Page playoff games — 1 vs. 2 on Friday at 7 p.m. (all times MDT) and 3 vs. 4 on Saturday at 10 a.m. The semifinal (loser of 1-2 vs. winner of 3-4) goes Saturday, April 9, at 3 p.m. On Sunday, April 10, the bronze-medal game (loser of 3-4 vs. loser of semifinal) will be played at 11 a.m. while the championship gold-medal final (winner of 1-2 vs. semifinal winner) is scheduled for 2 p.m. Live-streamed broadcasts of the 2016 Canadian Wheelchair Curling Championship will be available at www.wcblog2.com/.