The Canadian Wheelchair Curling title is coming back to Saskatchewan thanks to the hometown team of Darwin Bender, Larry Schrader, Marie Wright, Gil Dash and Moose Gibson with coaches Lorraine Arguin and Lloyd Thiele, who defeated Northern Ontario’s Doug Dean 5-2 in the championship final on Sunday afternoon at the Callie Curling Club in Regina. 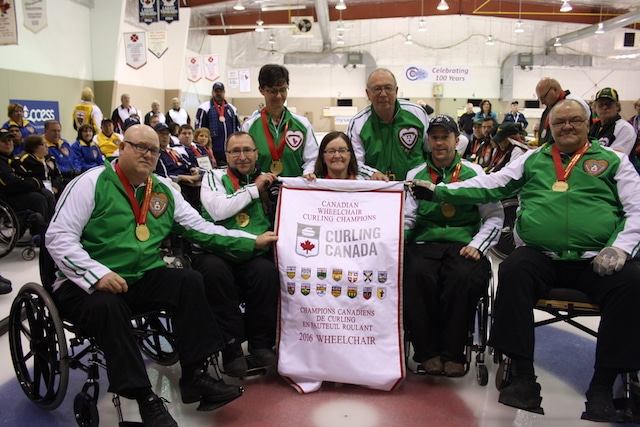 “I’m lost for words right now,” said Bender moments after throwing his last rock. “It’s so great to be doing this in front of your home crowd, all your fans and supporters here in Saskatchewan. It’s awesome.” Dean and Bender finished the round robin tied for first with identical 7-2 records, but the team from Thunder Bay took top spot because they defeated Saskatchewan in their head-to-head matchup. In the Page 1 vs 2 playoff game, Bender scored four points in the final end to win 9-6, which meant that Dean had to climb back through the semifinal against Nova Scotia to earn another shot at the hometown favourites – their third game of the competition. “All three games (against Northern Ontario) were great. It came down basically to the rubber match, being the gold medal game,” said. “All three games were close. They are a great team and they played well.” The final was a close battle until the seventh end. With Saskatchewan leading 4-2 and lying one, Dean attempted an open hit but sailed by, giving up the steal and falling behind by three. In the eighth, Bender had an open hit to run Northern Ontario out of rocks and take the title back in front of a loud hometown crowd. Earlier in the day, Nova Scotia’s Trendal Hubley-Bolivar with his team of Terry Cousineau, Keith Williams, Debbie Morgan and coach Brian Wilkie won the bronze medal after stealing the winning point in a 5-4 extra-end battle with Alberta’s Jack Smart and his team of Bruno Yizek, Martin Purvis, Anne Hibberd, Wendy Frazier and coach Brian Rivers. This same Saskatchewan team won the 2012 championship but hadn’t been able to repeat that achievement since. Bender cited a few factors that contributed to his team’s success as they pursued the 2016 national title. “A couple of things that jump out for me are that the team was committed,” he said. “And we had communication. And we had focus. And that’s what made everything count and everything work. It was great. 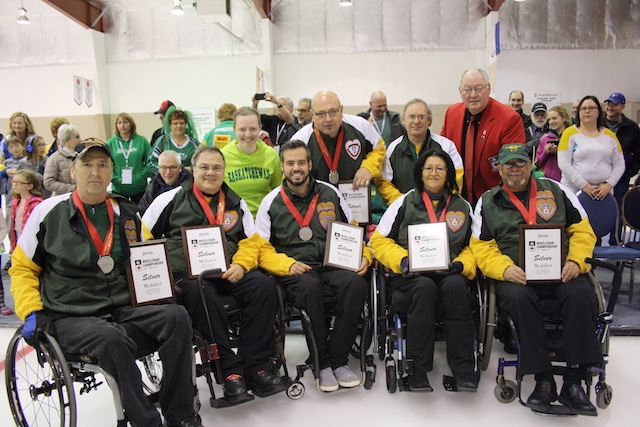 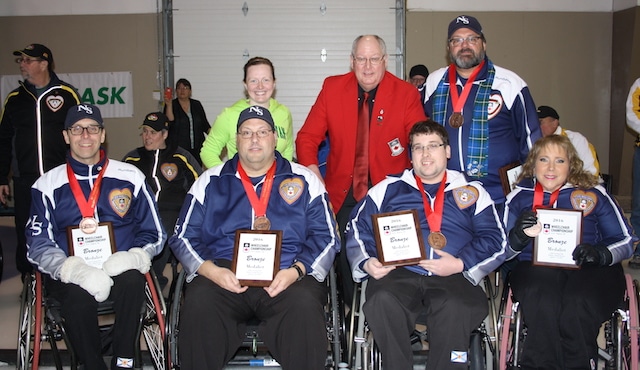