Canadian women bounce back from morning loss at World Seniors

After an 8-3 loss to England’s Judith Dixon on Monday morning, Team Canada’s Terri Loblaw bounced back for a decisive 11-5 win over Japan in the evening draw to stay in contention at the 2016 World Seniors Curling Championships in Karlstad, Sweden. Randy Neufeld continues to hold top spot in Men’s Group B after a 7-3 win over France’s Pascal Adam on Tuesday morning at the Karlstad Curling Arena. 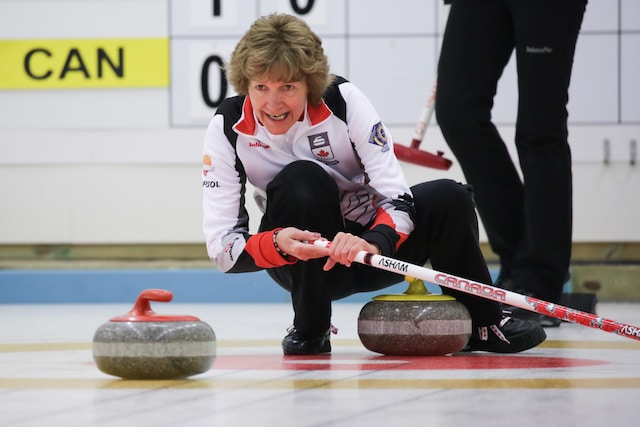 Against Dixon, Loblaw and her Calgary foursome of vice-skip Judy Pendergast, second Sandy Bell, lead Cheryl Hall and team coach Judy Erickson fell behind when the undefeated English squad took four points in the third end, then stole the next two ends to build an insurmountable lead. But Loblaw and team regrouped and came back strong against Japan’s Miyuki Kawamura. The Canadians started the game without hammer and took five points in the second end. Leading 7-3 after four ends, they took four more in the sixth on the way to the 11-5 win. On the men’s side, Neufeld and his La Salle, Man., team of third Dean Moxham, second Peter Nicholls, lead Dale Michie, with coach Bill Tschirhart, gave up a steal of one in the first end, then went on a roll, taking the next three ends to lead 4-1 at the break. A score of three in the sixth end put the game out of reach. 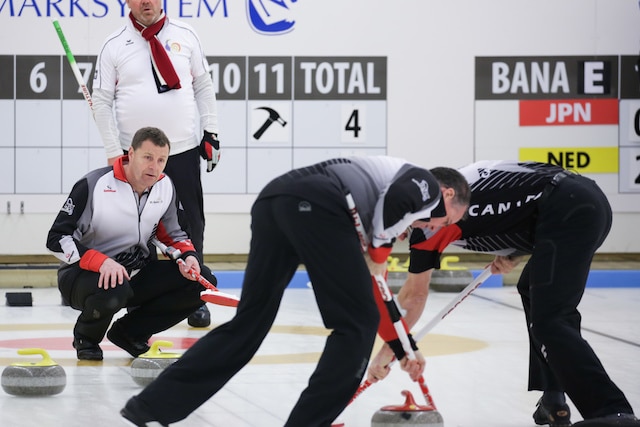 Neufeld sits on top of the leaderboard, the only undefeated men’s team in the round robin so far (5-0). On Wednesday, the Canadian men will play Kenji Komoda of Japan (1-4) at 2 a.m. ET, while the women will face Gaiva Valatkiene of Lithuania (0-5) at 6 a.m. ET. Live scoring from the 2016 World Seniors is available at https://www.worldcurling.org/wscc2016/livescores