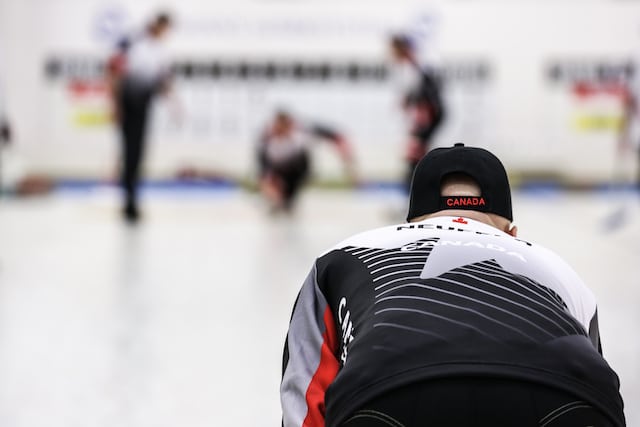 Skip Randy Neufeld looks down the ice as his team delivers the next shot at the 2016 World Seniors Curling Championships in Karlstad, Sweden (WCF/Céline Stucki photo)

“This is what we always play for. We hope we get better every game, and hope we play well in the playoffs,” said Neufeld after a 6-4 win over Japan’s Kenji Komoda. “We have a couple more round-robin (games), and then we will go from there. Neufeld and his La Salle, Man., team of third Dean Moxham, second Peter Nicholls, lead Dale Michie, with coach Bill Tschirhart, forced Japan to a single in the first end, then used hammer to their advantage, scoring three points in the fourth end to pull ahead. “You’re always going to have some so-so games in a long round robin,” he said about the team’s efforts during the week so far. “You have to stay concentrated – we feel good about how it’s going.” Terri Loblaw and her Calgary foursome of vice-skip Judy Pendergast, second Sandy Bell, lead Cheryl Hall and team coach Judy Erickson had no trouble taking control of their game against Lithuania’s Gaiva Valatkiene, who is winless so far in the round robin. Canada opened the scoring with a single, then stole three ends on the way to a 5-2 six-end victory. 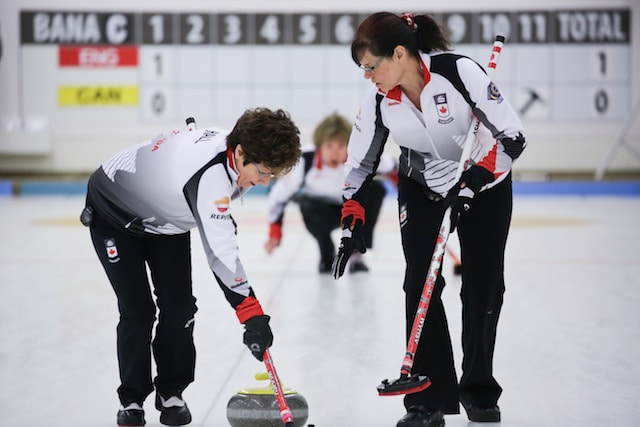 Neufeld sits on top of the leaderboard in Men’s Group B with a 6-0 record, while Loblaw sits second in Women’s Group A, just behind undefeated England. On Thursday, the Canadian men will play Kari Karanen of Finland, while the women will face Elena Kapostina of Latvia, both games at 6 a.m. ET. Live scoring from the 2016 World Seniors is available at https://www.worldcurling.org/wscc2016/livescores