Canadian men and women heading to playoffs at World Seniors

He still has one round-robin game to go, but Randy Neufeld already knows he will be moving on the playoffs at the 2016 World Senior Curling Championship after a 10-1 win over Finland on Thursday morning. And Terri Loblaw, who came into Thursday’s game knowing her Calgary foursome had already qualified, finished the round robin with a solid 7-3 six-end win over Latvia. 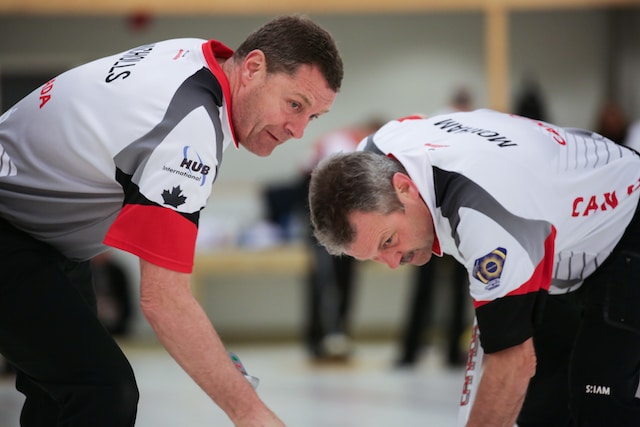 Peter Nicholls and Dean Moxham sweep hard to get a rock into the rings at the 2016 World Seniors Curling Championships in Karlstad, Sweden (WCF/Céline Stucki photo)

Neufeld’s lopsided win over Kari Karanen of Finland keeps his seven-game winning streak alive. The only other undefeated men’s team is New Zealand, who has already wrapped up the round robin with an 8-0 record. Karanen came into the game with a 4-4 record, but the Canadians – Neufeld, third Dean Moxham, second Peter Nicholls, lead Dale Michie, with coach Bill Tschirhart – opened with a score of four, then stole seven more points to put the game out of reach. Against Latvia’s Elena Kapostina, Loblaw and her Calgary foursome of vice-skip Judy Pendergast, second Sandy Bell, lead Cheryl Hall and team coach Judy Erickson were trailing 3-2 after five ends, but they scored five points in the sixth end to take an insurmountable 7-3 lead. Loblaw wraps up the round robin with a 7-1 record and qualifies for the playoffs on the women’s side, along with England’s Judith Dixon and Sweden’s Gunilla Arfwidsson Edlund. 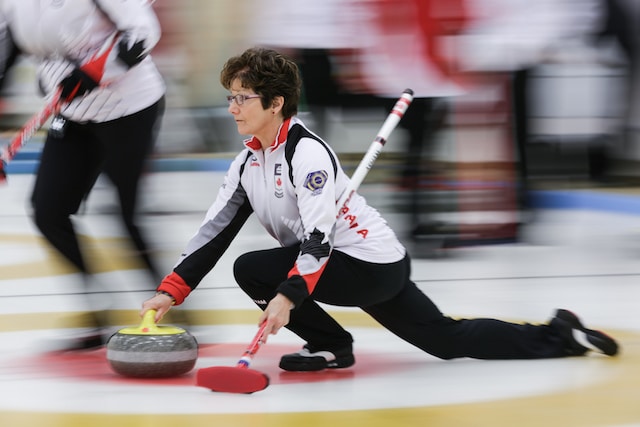 Neufeld will play Israel’s Gary Gumprich in the final game of the round robin on Friday morning (2 a.m. ET), then the playoff matchups will be determined for both the men’s and women’s competition. Details can be found on the event website at https://worldcurling.org/wscc2016 Live scoring from the 2016 World Seniors is available at https://www.worldcurling.org/wscc2016/livescores