Silver for Neufeld at World Seniors

Randy Neufeld is bringing home a silver medal after a 7-4 loss to Sweden’s Mats Wrana in the final of the 2016 World Senior Men’s Curling Championship in Karlstad, Sweden, on Saturday. 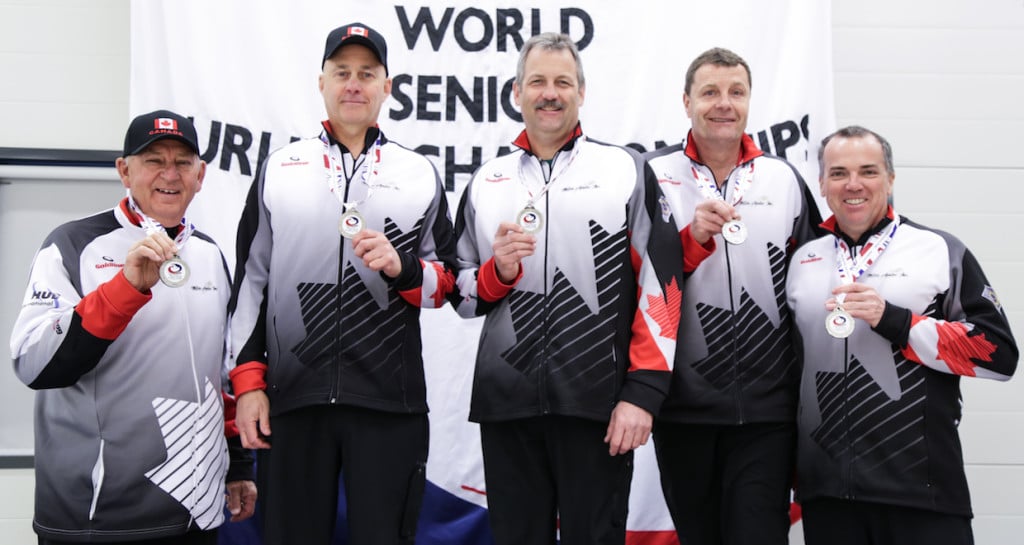 Neufeld and his LaSalle, Man., foursome of third Dean Moxham, second/vice Peter Nicholls, lead Dale Michie, with coach Bill Tschirhart, came into the playoffs with a perfect 8-0 record, and they kept the winning streak going with a 4-3 defeat of Scotland’s Gordon Muirhead in the quarter-finals and a 7-3 win over Ireland’s Peter Wilson in the semifinal. Canada got off to a slow start in the final, however, and trailed 5-4 after six. In the seventh, Neufeld held Wrana to a single to get hammer back, but the Swedes, playing in front of a home crowd, stole a point in the final end for the 7-4 win and the gold medal, the first Senior Men’s gold medal for Sweden. “It never feels good to lose and we came here to win, but they played great,” said a disappointed Neufeld after the final. “They really worked for their two deuces and deserved to win today.” Ireland won the bronze medal with a 7-2 win over Denmark’s Poul Erik Nielsen. Canada’s Terri Loblaw didn’t make it to the podium at the 2016 championship, despite finishing the round robin with a 7-1 record. Loblaw and her Calgary team of vice-skip Judy Pendergast, second Sandy Bell, lead Cheryl Hall and team coach Judy Erickson were knocked out of playoff contention on Friday, courtesy of a 6-4 loss to Germany in the quarter-finals. The Women’s gold medal went to Scotland’s Jackie Lockhart, the silver to Germany, skipped by Andrea Schoepp, and the bronze to Sweden’s Gunilla Arfwidsson Edlund. Details about teams, scores and final standings can be found on the event website at https://worldcurling.org/wscc2016