2016 For the Love of Curling Scholarship applications now being accepted

Canada’s young curlers again have the opportunity to benefit from the Curling Canada Foundation’s For the Love of Curling Scholarship program. 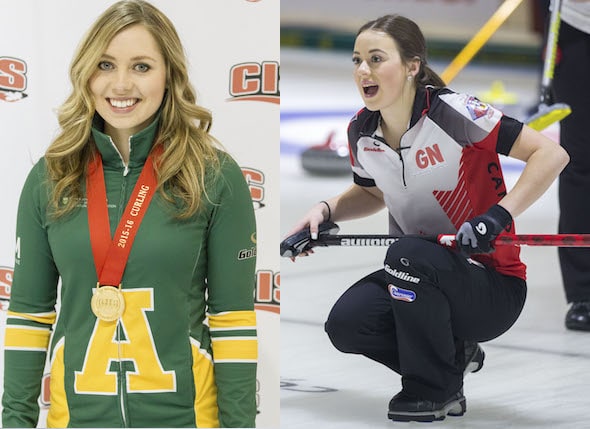 Funded through the support of the Canadian curling community, there will once again be 10 young athletes awarded the scholarships.

“This is always an exciting time of year because it highlights two amazing aspects of the Curling Canada Foundation,” said Hugh Avery, Chair of the Curling Canada Board of Governors. “The For the Love of Curling Scholarships are the direct result of the financial support of curlers, which is very gratifying. It’s truly satisfying to see that support translate into support for our young curlers, both for their scholastic and athletic dreams.”

Applications are now being accepted from curlers who will be, or are continuing to study, at a Canadian post-secondary institution. Some of last year’s recipients went on to compete at the 2016 CIS/Curling Canada University Curling Championships as well as the 2016 Canadian Junior Curling Championships, presented by Egg Farmers of Ontario. Kristen Streifl, for instance, was the alternate for the gold-medal University of Alberta Pandas’ team that will represent Canada at the 2017 Winter Universiade in Almaty, Kazakhstan.

Also, Nova Scotia’s Janique LeBlanc didn’t just win gold at the Canadian Juniors, she also went on to claim a gold medal with Team Canada at the 2016 World Juniors in Taarnby, Denmark. Congratulations to all the scholarship winners on their achievements this year!

Each scholarship will provide $1,000 to help post-secondary athletes cover some of their education and curling costs. Emphasis will be placed on athletes who have competed at the provincial/territorial level or higher; who have maintained a good level of academic standing; while showing a commitment to curling through their involvement in coaching, instructing and/or volunteer activities. Athletes must be under the age of 23 as of Dec. 31, 2016 and not have received the For The Love Of Curling Scholarship previously.

The application process runs from May 1 to June 30, 2016. Scholarships will be awarded in August.

For more information or to apply, visit online www.curling.ca/scholarship2016.