This week, John sits down with Tracy Fleury, one of the most decorated female curlers to come out of Northern Ontario. She represented Northern Ontario three times at the Canadian Juniors, once at the Scotties (in addition to representing Ontario once as well), and really cemented a name for herself on tour in the 2015-16 season, peaking at Number 7 in the CTRS rankings. Because of that, her squad will be in Brandon, Man., for the Home Hardware Canada Cup. Welcome to Magical Question Fun Time, the Curling Canada feature where comedian John Cullen sits down with your favourite curlers for interviews like you have never seen. Each interview will feature eight questions: five standard questions that will be asked to each curler, two questions specific to that curler, and one question that the curler interviewed before them asks. 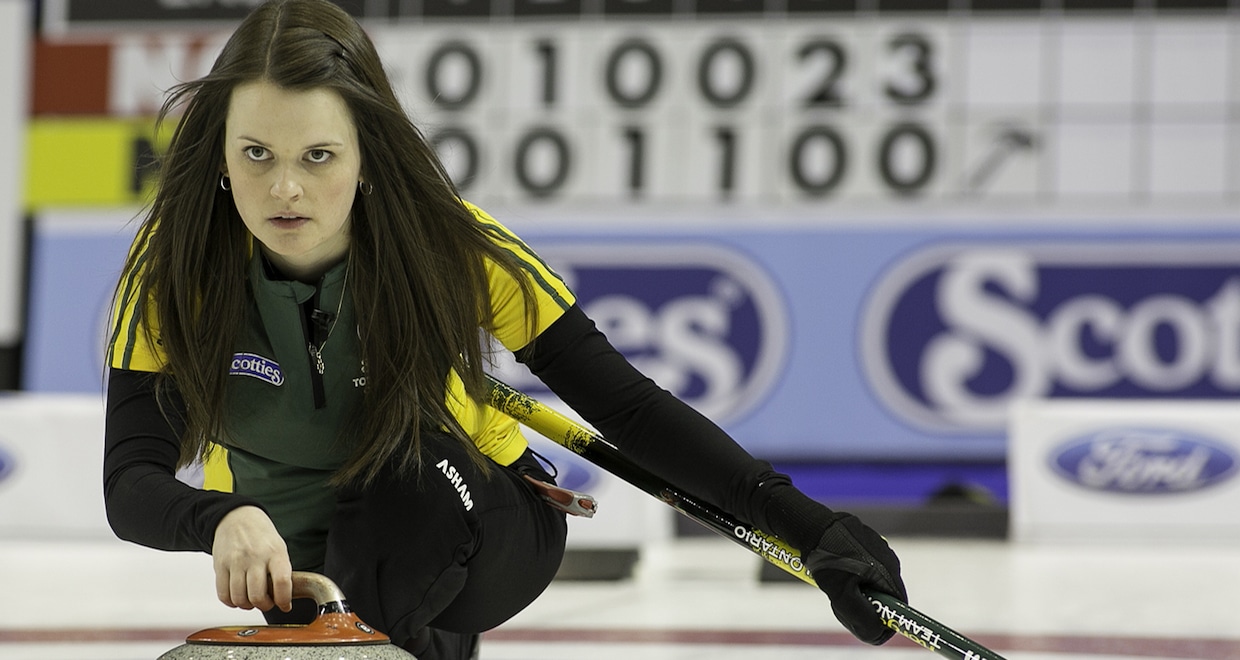 1. What’s the nicest shot you’ve ever been a part of? Tracy Fleury: I’m going to go back to the 2005 Northern Ontario junior final. It was the extra end, last rock, and we had to draw the button to go to our first national championship. It wasn’t super fancy, but it was our first nationals and my sister’s last year of juniors, so it was pretty special. John Cullen: A lot of people have chosen dramatic draws. Usually a pressure-packed situation like that comes with a big celebration, especially with your sister’s win. What did you girls do? TF: I honestly think we mostly celebrated later. We were just surprised at the time. I wasn’t going to bring this up, but we actually had an open hit to win in the 10th end and I completely gassed it. So I think it was probably more relief than anything. [laughs] JC: Oh my! Yes, that would be. Ironic that you made the tougher shot to win. TF: [laughs] Yes, totally. Hence my surprise. [laughs] 2. Who could you take in a fight? TF: [instantly] Rachel Homan. [laughs] JC: [laughs] Wow, you were SO prepared for that. TF: [laughs] Well, we can’t seem to beat her on the ice, so we might as well try off of it. JC: [laughs] A real Tonya Harding situation here. TF: Absolutely. I would just wait until she’s feeling comfortable, maybe in the Pinty’s Lounge, and then get her. I would definitely have to get her when she least expects it. JC: I don’t know, I could see you taking Rachel. TF: [laughs] You can’t see me taking Rachel. You’re lying. JC: [laughs] I think you could! I would be worried about Joanne though. She told me she wasn’t a fighter, but I’ve had multiple people on MQFT say they’re afraid of her. Maybe you could have a little team rumble. I feel like you have some fighters. TF: Totally. An Outsiders-style rumble would be pretty awesome. [laughs] 3. If a deli named a sandwich after you, what would be on it? TF: Lots of bacon. Some chicken maybe, but mostly bacon. Lots of veggies, but no cheese. JC: No cheese? Are you some kind of sadist? TF: [laughs] No, I just am really picky with my cheese. I only like it when it’s melted. JC: How about your bacon? Are you one of those freaks who likes it super crispy? TF: Does that make me a freak? I definitely prefer it to be nice and crispy. I hate the chewy, greasy kind of bacon. JC: Yes, that makes you a freak. Our coach prefers it the same way and I bug him constantly. It’s dry and has no flavor that way. What would you call the sandwich? TF: The Trace-inator. JC: Wow, you had that ready too. Is this a regular nickname? TF: No one has ever called me that seriously, I don’t think. It’s like the Baconator but with Tracy. [laughs] 4. What’s the worst job you’ve ever had? TF: Probably Blockbuster Video. I worked there my first year of university. It wasn’t all bad, but I had to work almost every Friday and Saturday night, so that’s lame. And our shifts were on-call. At a video store. So that’s pretty strange. JC: That’s super strange. I would’ve quit. The last laugh was on you I guess, since they went out of business probably right after you worked there. TF: I think it’s because I left. [laughs] There were a few perks like free movies and getting to see movies before they came out, but we also had to deal with angry customers. People would get SO angry. It was a trade-off. 5. What’s a stupid thing you incorrectly believed was true for a long time? TF: I used to think the Brownie curling broom was the best brush on the planet. Like, you could not convince me otherwise. I used one in juniors that probably weighed more than I did, and my team had to have an intervention. [laughs] JC: [laughs] Oh man, that sounds very intervention-worthy. How could you think it was the best? Those things were horrible. What did they do for the intervention? TF: I don’t know, I just liked it. I swept then, too, I didn’t call the game until later. They basically had to pry it out of my hands and be like, “Trace, that’s it. Enough.” At least they bought me another broom to replace it. That softened the blow. [laughs] 6. Onto the Tracy Fleury-specific questions and I have to admit, you were a tough person to dig up dirt on. In fact, your lead, Amanda Gates, said that the weirdest thing about you is that you curl with her. Can you confirm? TF: [laughs] I think that’s probably accurate. It’s been I think 12 years with her, which is a long time to play with anyone. And we’ve been in some pretty weird situations, and as you do with your curling team, we do some weird things. JC: Like what? TF: [laughs] I don’t want to talk about it. JC: Come on! TF: Okay, well, a few years ago, we were killing time in between games and went to an arcade, like a Fuddrucker’s-type place. On my last token, I put it in a machine, and won this crazy jackpot of tickets. I think it legitimately took a half-hour for all the tickets to come out. So I took the team on a shopping spree with my tickets, and our favorite purchase was these fake rubber grills for your teeth. The whole team got them, and I think everyone still has them. It became this thing on our team, where we secretly put our grill on at inappropriate times and flash them at each other. We call it “grilling”. JC: [laughs] Okay, that sounds amazing. Do you have photo evidence of these grills? TF: I do, but I’m not sure I’m going to show it to you. (Editor’s note: She clearly did.) 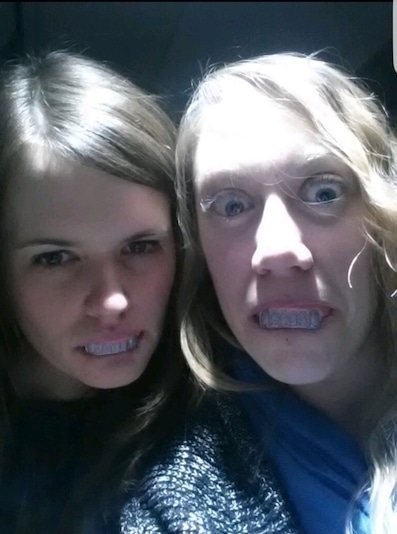 7. The other thing I found when Googling you is that the video of your wedding is online. [laughs] It seems like one of the weirder things a curler has up, and it’s only on the second page if you search Tracy Fleury. Do you think any superfans have watched your wedding? [laughs] TF: [laughs] Ah jeez, I don’t even know how I feel about that. I’m a pretty private person, so the idea of someone watching that makes me feel somewhat weird. Our wedding DJ filmed our wedding and then asked if he could put it up, and I didn’t really care at the time. JC: I don’t know what it is, I seem to be the master of finding these weird but also kinda nice videos of curlers. There was the Mary Fay playing piano video, now this…I mean, it looked like a really nice wedding! TF: [laughs] It was! I might have to give my DJ a call though. [laughs] 8. Now we are moving on to the player question, and Steve Laycock’s is a doozy. He asks which teammate has been the biggest contributor to your success, and which has been the biggest hindrance? TF: Well that’s a bold question, but that’s Steve. [laughs] As far as the first part of the question goes, I think the biggest contributor to my success would be my sister, Jenn. I’m lucky to have her as a teammate, she’s helped push me to be a better player, and she has a great attitude on the ice. 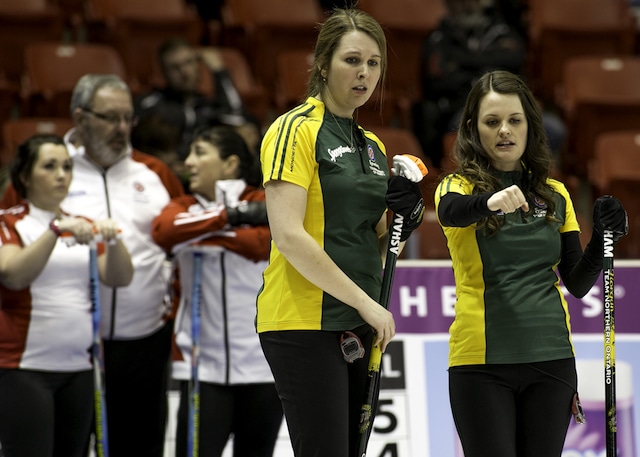 “I think the biggest contributor to my success would be my sister, Jenn.” Tracy Fleury and sister Jennifer Wylie (Curling Canada/Andrew Klaver photo)

JC: Do you guys hang out a lot off the ice too, or do you see each other enough during the season? TF: We hang out a lot off the ice too, I’m really fortunate to have a sister I get along with so well, and I think everyone is used to the fact that we’re probably going to talk curling all year round. As far as the second part of the question, I’m sorry that I don’t have a super juicy answer for you, but I have never really had a bad teammate experience. We haven’t really switched our players much over the years, and I think that’s for good reason. It’s been a good run for us for sure. JC: Awesome, thanks Tracy. Could I have a question for my next interviewee? TF: Sure! What does your team do for fun between games? JC: I hope the answer is winning grills. [laughs] Thanks for sitting down with us, Tracy, and best of luck the rest of the season! 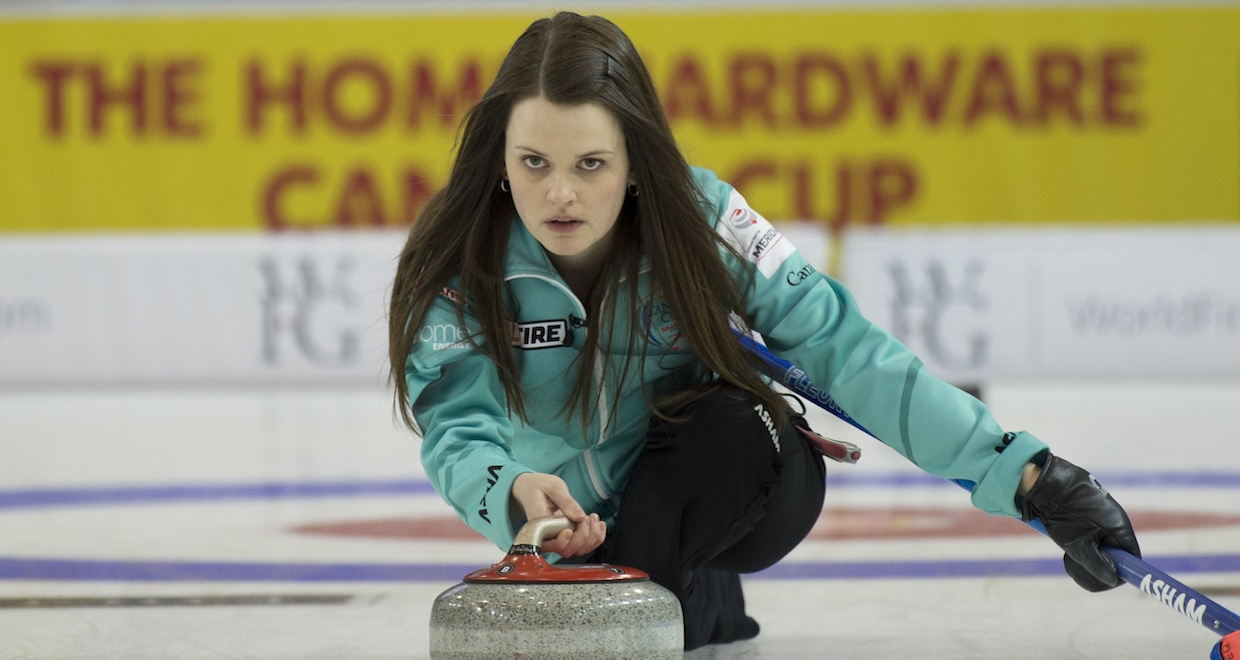