For the second straight week, the eyes of the curling world will be focused on Portage la Prairie, Man. This time, however, it’s the women’s turn to compete at the Canad Inns Classic. 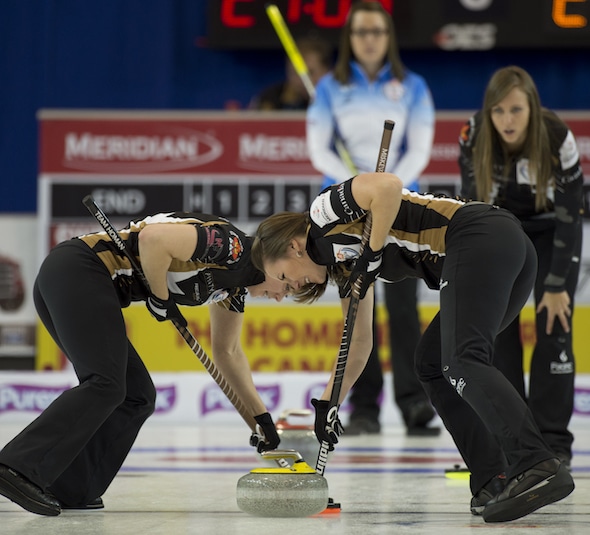 World No. 1 Rachel Homan (Ottawa) returns to the ice after a deliberate start to the season. With a huge lead on the World Curling Tour Order of Merit and a spot in the Tim Hortons Roar of the Rings already locked up, Team Homan has the luxury of being able to pick and choose which weekends to play, while some teams are playing almost every event, scrambling to earn as many points as possible early in the season.

With the Portage event this week, and two Grand Slams coming up in few weeks following, Homan will have no shortage of games in the next month.

The other women’s team guaranteed a spot at the Tim Hortons Roar of the Rings will also be in the field this weekend. Winnipeg’s Jennifer Jones will take to the ice for her second team event since returning from a brief maternity leave. Jones has won the Canad Inns Women’s Classic three times.

Throw in some international talent such as Switzerland’s Silvana Tirinzoni (WCT No. 3), and China’s Bingyu Wang and the road to the championship becomes even rockier. The triple-knockout event starts Friday morning.

The big event on the men’s calendar this week is the Challenge de Curling de Gatineau in Gatineau, Que. Team Brad Gushue continus its season without Mr. Gushue in the lineup because of his hip injury. Mark Nichols will skip, and Calgary’s Charley Thomas will fill as they try to win the event for the third time.

Toronto’s John Epping and Gatineau’s own Jean-Michel Menard will also compete in the 32-team field, fighting for a share of $45,000.

Some other top men’s teams are busy in the Medicine Hat (Alta.) Charity Classic. Regina’s Shaun Meachem looks to improve on last week’s semifinal finish in Portage. The 24-team event has a purse of $35,000.

On the women’s side in Medicine Hat, Casey Scheidegger (Lethbridge, Alta.) looks to continue her hot start after winning her first two bonspiels of the season.