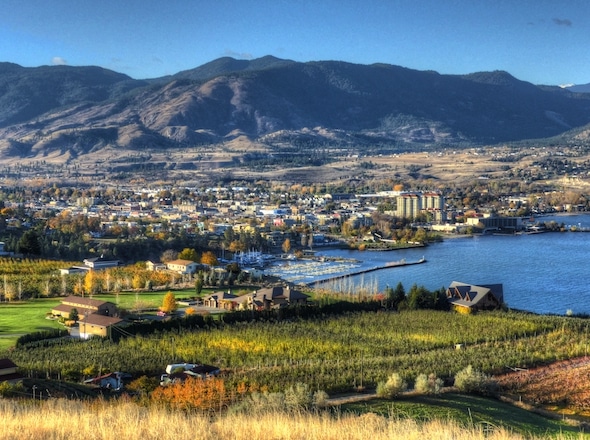 The 2018 Canadian Women’s Curling Championship will be played Jan. 27-Feb. 4 at the South Okanagan Events Centre in Penticton, B.C.

“There was a great deal of interest from across the country in hosting the 2018 Scotties, but the bid from Penticton raised the bar and made our decision relatively easy,” said Peter Inch, Chair of Curling Canada’s Board of Governors. “The South Okanagan will put on a great show, not only for the curlers and their families, but also for curling fans from across Canada, and I’m confident this will be an event remembered for years to come.”

While it’ll be the first time Penticton has played host to the Scotties, the South Okanagan Events Centre — seating approximately 5,000 and home to the B.C. Hockey League’s Penticton Vees — is no stranger to major curling events. The arena hosted the 2013 World Financial Group Continental Cup, won by Team North America.

“Penticton has a rich history for hosting large-scale events and having the Scotties in February 2018 will provide the community with significant impact, both socially and economically,” said Penticton Mayor Andrew Jakubeit. “We are proud to play host to this national event and welcome the top female curlers, their families, and fans. It will be another opportunity to showcase our wonderful facilities, beautiful region, and warm friendly community.” 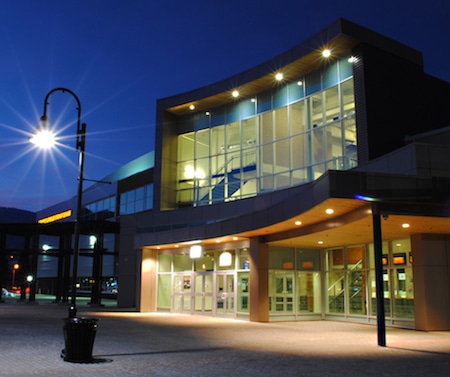 “This is truly exciting news not just for curling but for the entire region to host an event of this stature that will attract many new visitors as well as help increase the profile of the South Okanagan,” added Penticton MLA Dan Ashton

The 2018 Scotties will have a 16-team field for the first time in the history of the Canadian Women’s Curling Championship. The expanded field is being utilized as a pilot after the format was approved at Curling Canada’s Annual Meetings this past summer in Cornwall, Ont.

The field will feature the 14 provincial/territorial champions of Curling Canada’s Member Associations, along with defending champion Team Canada. The qualifying process for the 16th team is still being determined and will be announced later.

While more teams will be competing, the Scotties will be played over its traditional nine-day, 22-draw schedule, using a two-pool, two-stage round-robin format similar to that used at the Canadian Juniors and Canadian Mixed championships.

“I couldn’t be happier to see the 2018 Scotties Tournament of Hearts coming to the Okanagan,” said two-time Scotties champ Kelly Scott of West Kelowna, B.C. “As a player, the Scotties holds a special place in my heart, and as a proud resident of the Okanagan area, I know the 2018 Scotties will be a success, both on and off the ice. This will be a wonderful experience for the community, athletes, volunteers and fans.”

“Having the Scotties Tournament of Hearts back in Beautiful B.C. is a testament to the passion of our province’s curling community,” added Scott Braley, Chief Executive Officer of Curl B.C. “Penticton’s bid committee has been working hard for months now, and I’m really happy to see their efforts pay off with today’s announcement.”

The 2018 Scotties will mark the 37th consecutive year of Kruger Products’ title sponsorship of the Canadian Women’s Curling Championship, which is among the longest-running partnerships in Canadian sports.

“Kruger Products is pleased to see the 2018 Scotties Tournament of Hearts return to British Columbia, this time to Penticton,” said Nancy Marcus, Corporate Vice President Marketing at Kruger Products. “We are thrilled to continue our proud support of women’s curling as 2018 will mark our 37th year as sponsor of the national and provincial women’s championships. All of us at Kruger Products are delighted to support the extraordinary women of the Scotties Tournament of Hearts and to return to British Columbia, which passionately embraces this great sport.” 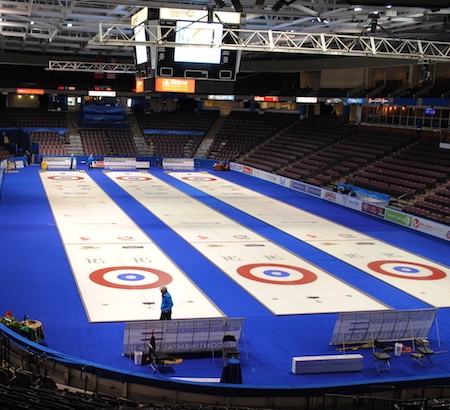 There’s no shortage of perks that will go to the winning team at the 2018 Scotties Tournament of Hearts. Most immediately, the Canadian champs will go on to wear the Maple Leaf at the 2018 Ford World Women’s Curling Championship, March 17-25 on home ice (Canadian host city TBA).

As well, the Scotties champs will be part of Team North America at the 2019 World Financial Group Continental Cup, and will return as Team Canada to the 2019 Scotties.

“We had such a wonderful time hosting the 2013 World Financial Group Continental Cup at the South Okanagan Events Centre, and we knew we wanted to bring another major curling event to Penticton as soon as possible,” said Kim Kirkham, Vice-Chair of the host committee. “Our team was ecstatic to get the call from Curling Canada, and we are ready to get to work and make the 2018 Scotties an amazing event.”

TSN/RDS, the official broadcast partner of Curling Canada’s Season of Champions, will provide complete coverage of the 2018 Scotties, from the opening round-robin draw to the gold-medal game.

The 2017 Scotties Tournament of Hearts is scheduled for Feb. 18-26 in St. Catharines, Ont. The winner of the 2017 Scotties will be Team Canada a year later in Penticton.