One Anna is out but another Anna is in for the 2017 World Financial Group Continental Cup, presented by Boyd Gaming, it was announced today by Curling Canada. 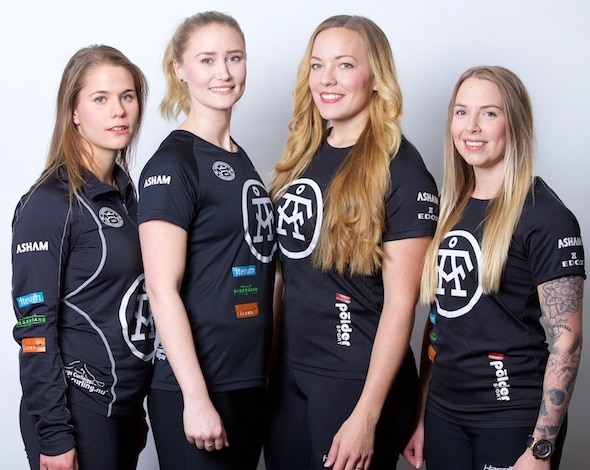 But stepping up to replace Team Sidorova will be a team that has been among the best in the world this season, skipped by Sweden’s Anna Hasselborg.

The former world junior champion — she defeated Canada’s Rachel Homan to win the gold medal at the 2010 World Juniors in Flims, Switzerland — will be added to the Team World lineup for curling’s version of the Ryder Cup.

“This is really a thrill for me and my team, and I can’t wait to be a part of Team World,” said Hasselborg, whose team is rounded out by vice-skip Sara McManus, second Agnes Knochenhauer and lead Sofia Mabergs. “The World Financial Group Continental Cup is the most unique event in curling; I’ve watched it before on television; now, to take part in it, and to do it in Las Vegas, will be an amazing experience.”

Team Hasselborg has already won a pair of World Curling Tour events this season — in Stockholm and in Oakville, Ont. — and also made the semifinals at this past weekend’s Grand Slam World Financial Group Masters in Okotoks, Alta.

The Hasselborg foursome, which will represent Sweden at next month’s European Championships in Scotland, will be added to an already formidable Team World lineup, that will have Pål Trulsen of Norway as its coach and Andy Kapp of Germany as its captain. 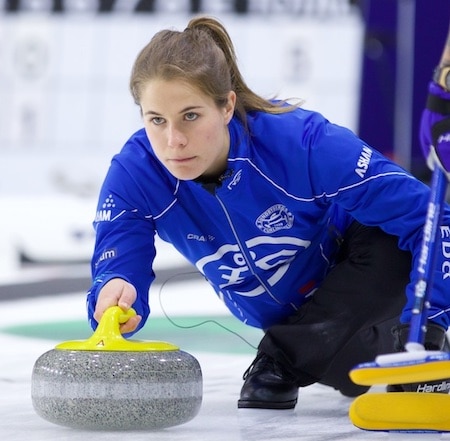 Team World is looking for its first victory in the World Financial Group Continental Cup since 2012 at Langley, B.C.

“We were very fortunate that Anna Hasselborg and her team was able to adjust their schedules to be able to join Team World,” said Kapp. “They are an excellent curling team, and they have curled very well this season. I’m excited to see what they will add to Team World in Las Vegas.”

While the Team World lineup is still set, the final composition of Team North America — coached by Rick Lang of Thunder Bay, Ont., and captained by Debbie McCormick of Rio, Wis. — won’t be known until December.

Reigning Canadian champions Kevin Koe, who won the 2016 Tim Hortons Brier, and fellow Calgarian Chelsea Carey, whose team prevailed at the 2016 Scotties Tournament of Hearts, already have qualified to play in Las Vegas.

The other two Canadian teams will be the men’s and women’s champions of the 2016 Home Hardware Canada Cup, presented by Meridian Manufacturing, Nov. 30-Dec. 4 in Brandon.

The two U.S. entries will be decided based on World Curling Tour results through Nov. 22 (click here for information).

The four-day competition features three unique styles of curling competition (traditional team, skins, mixed doubles). Each segment awards points for wins (or ties). A total of 60 points are available, meaning the side that earns more than 30 points will be declared the champion.

Ticket information is available at www.curling.ca/2017continentalcup/tickets/.