Teams are keeping the leaders close at Canadian Mixed

Draw 3 of the round robin wrapped up Monday evening at the 2017 Canadian Mixed Curling Championship in Yarmouth, N.S., with Alberta, Quebec, British Columbia and Nova Scotia notching their first wins to stay in touch with the leaders. 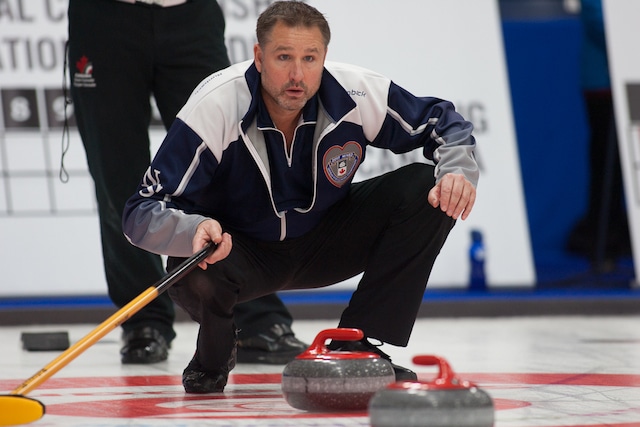 Saskatchewan’s Brady Scharback, from the Nutana Curling Club in Saskatoon, defeated Nunavut’s Ed MacDonald 7-3 to remain undefeated in Pool B, tied at the top with Northern Ontario’s Trevor Bonot, both with 2-0 records. 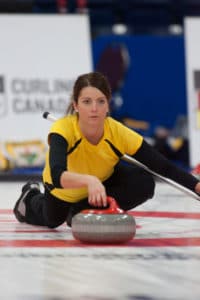 But knocking on the door are British Columbia’s Wes Craig and Quebec’s Martin Ferland, who both have 1-1 records after winning their games on Monday evening. Craig stole three points in the third end on the way to a 7-3 win over Northwest Territories’ Donovan Arey, while Ferland earned a 5-2 win over Manitoba’s Braden Calvert, also with a 1-1 record. In Pool A, Alberta’s Evan Asmussen and Nova Scotia’s Paul Flemming also improved to 1-1, with wins on Monday evening. Asmussen defeated PEI’s Veronica Smith 5-2, while Flemming came out on top of a 5-2 score over Yukon’s Robert Smallwood. Ontario’s Wayne Tuck and Newfoundland and Labrador’s Adam Boland sit at the top of Pool A with 2-0 records. Both will be in action – and trying to maintain their winning streaks – when the round robin continues on Tuesday morning with games starting at 10 a.m. AT. For event, team and draw information, visit www.curling.ca/2017mixed. Draw scores/standings will be immediately available on Curling Canada’s website, www.curling.ca.