Close call for leaders at Mixed

Undefeated Saskatchewan and Ontario were forced to steal their way out of trouble on Tuesday night at the 2017 Canadian Mixed Curling Championship in Yarmouth, N.S., as British Columbia’s Wes Craig and Prince Edward Island’s Veronica Smith threatened to end the top teams’ winning streak. 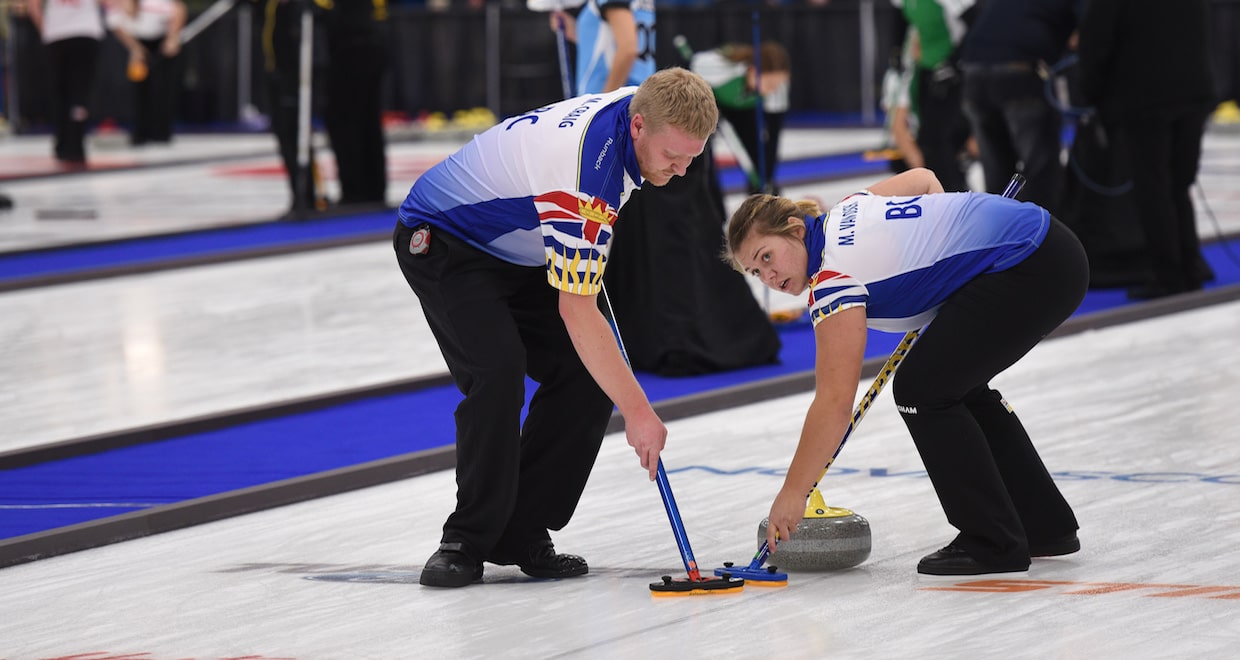 British Columbia second Miles Craig and lead Marike Van Osch sweep a rock down the ice at the Mariners Centre in Yarmouth, N.S., during round robin action at the 2017 Canadian Mixed Curling Championship (Curling Canada photo)

Saskatchewan’s Brady Scharback trailed Craig and his young B.C. foursome after seven ends, and only managed to score a single in the eighth, forcing the teams to battle it out in an extra end. Scharback was able to steal a point for the 7-6 win and a 4-0 record, tied with Northern Ontario at the top of Pool B. In another tense game, P.E.I.’s Smith – the only female skip at this year’s championship – threw a scare into Ontario’s Wayne Tuck. Smith is just a year out of juniors, and the other members of her team are still competing at the junior level. But that didn’t stop them from putting the pressure on the Pool A leaders. Smith, with sister Sabrina at second, Tyler Smith (no relation) at third, and lead Dylan Lowery, stole the first end and led 4-2 after five ends. With the score tied after six, Tuck stole three points in the seventh and ran P.E.I. out of rocks for a 7-4 win, his fourth straight of the round robin. Saskatchewan and Ontario, along with Northern Ontario’s Trevor Bonot, are the only remaining undefeated teams in the competition. Bonot scored a 7-4 win over Quebec’s Martin Ferland in Pool B action. In other games on Tuesday night, New Brunswick’s Charlie Sullivan stole four points in the first two ends on the way to a 6-4 win over the Whitehorse Curling Club’s Robert Smallwood. Adam Boland, from St. John’s, Newfoundland and Labrador, scored five points in the fourth end and never trailed in an 11-8 win over Nova Scotia’s Paul Flemming. Earlier in the day, another young gun – Braden Calvert of Manitoba, a two-time national junior champion – blasted through the opposition, defeating Nunavut 13-2 and British Columbia 7-2 to stay close to the leaders. The round robin continues on Wednesday, with games at 10 a.m., 2:30 p.m. and 7 p.m., Atlantic Time. Of particular interest will be the match-up between the undefeated Pool B leaders, Saskatchewan and Northern Ontario in the first draw of the day. For event, team and draw information, visit www.curling.ca/2017mixed. Draw scores/standings will be immediately available on Curling Canada’s website, www.curling.ca. 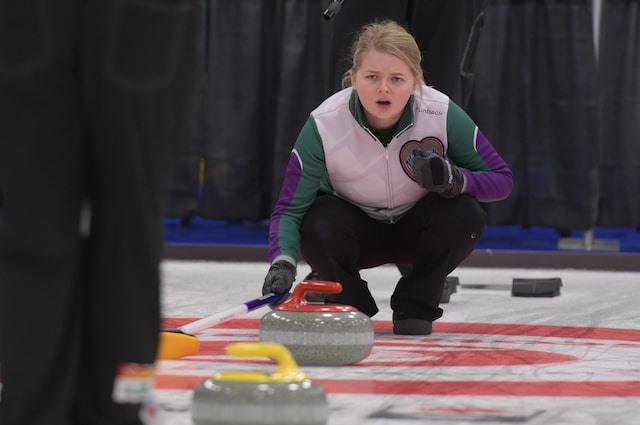