Winning streak continues for Northern Ontario and Ontario at Mixed

Northern Ontario remains as one of three undefeated teams after Draw 4 wrapped up at the 2017 Canadian Mixed Curling Championship on Tuesday morning at the Mariners Centre in Yarmouth, N.S. 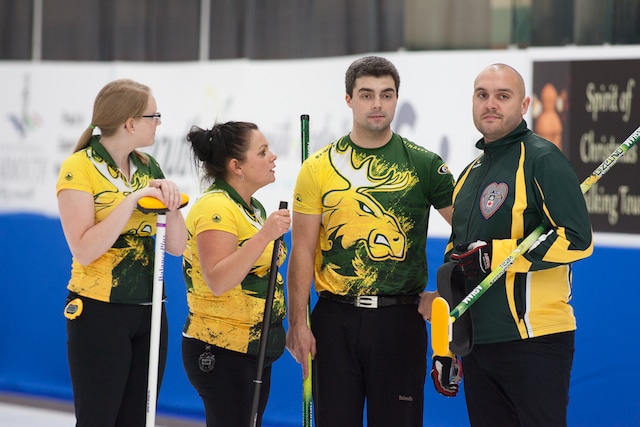 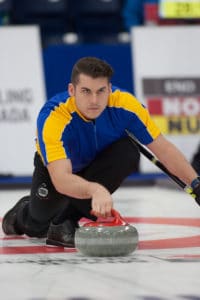 The only other undefeated team on the ice – Ontario, skipped by Wayne Tuck – had its hands full, as Alberta’s Evan Asmussen pushed Tuck to an extra end in a game that ended with a 9-6 Ontario victory. Trailing 5-4 after six ends, Alberta held Ontario to a single in the seventh, then poured it on to score two and force the extra end. With the win, Ontario moves to a 3-0 record, while Alberta slips to 1-2. Charlie Sullivan of New Brunswick handed Newfoundland and Labrador’s Adam Boland his first loss of the round robin. With a 6-4 win, Sullivan and his team from Thistle St. Andrew’s in Saint John move to a 2-1 record, trailing Ontario in Pool A standings. In other round robin action, Manitoba’s Braden Calvert stole three ends on the way to a 13-2 win over Nunavut’s Ed MacDonald, who is still looking for his first win. The only other undefeated team, Saskatchewan’s Brady Scharback, will be in action on Tuesday afternoon, as the round robin continues with games at 2:30 p.m. and 7 p.m., Atlantic Time. For event, team and draw information, visit www.curling.ca/2017mixed. Draw scores/standings will be immediately available on Curling Canada’s website, www.curling.ca.