Championship Pool set as round robin wraps up at Canadian Mixed

The teams who will enter the Championship Pool are set as the final round robin games wrapped up at the 2017 Canadian Mixed Curling Championship on Wednesday night at the Mariners Centre in Yarmouth, N.S. Ontario, New Brunswick, Newfoundland and Labrador and Nova Scotia from Pool A, and Saskatchewan, Northern Ontario, Quebec and Manitoba from Pool B will be moving on to the playoffs. 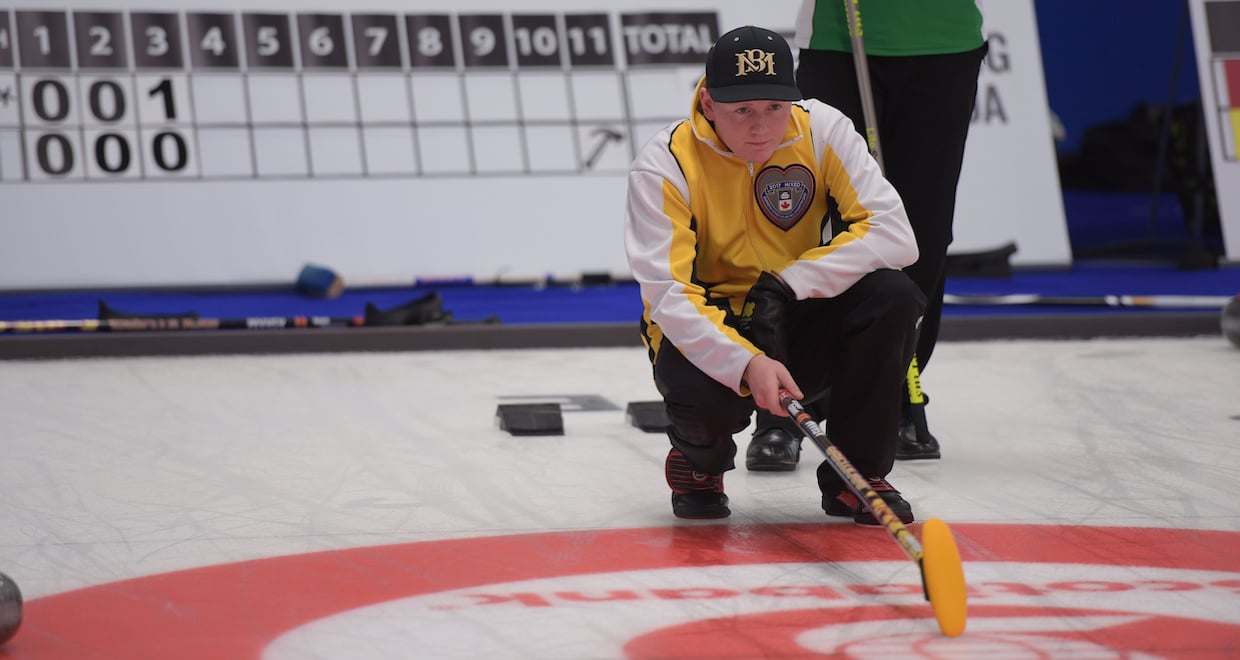 Saskatchewan’s Brady Scharback finishes at the top of Pool B, but he had his winning streak broken by Manitoba’s Braden Calvert in the final round robin game. In a game that saw four blank ends, Calvert stole two points in the seventh for a 4-1 victory. Other Pool B qualifiers include Quebec’s Martin Ferland, who finished the round robin with a 13-4 win over Donovan Arey of the Northwest Territories, and Northern Ontario’s Trevor Bonot. The team from Thunder Bay lost only one game – to Saskatchewan – and stole their way to a 9-4 victory over Manitoba earlier on Wednesday. Pool A was a bit more complicated. Undefeated Wayne Tuck of Ontario, New Brunswick’s Charlie Sullivan, as well as Newfoundland and Labrador’s Adam Boland clinched their playoff spots earlier in the day, but the final spot was still up for grabs when the evening draw began. Wins by Nova Scotia’s Paul Flemming and Yukon’s Robert Smallwood resulted in both teams finishing with 4-2 records, but Flemming earned the final playoff spot based on his Last Shot Draw record. 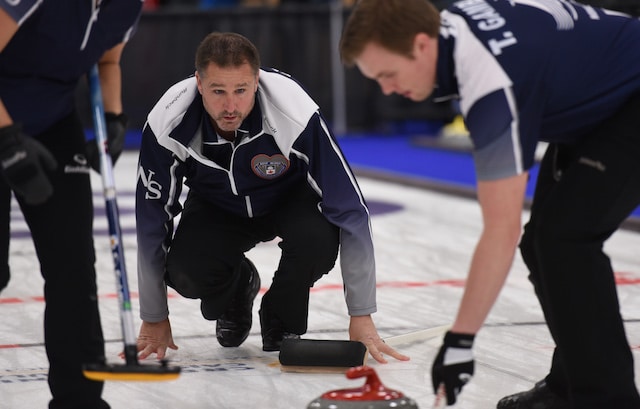 The eight top-finishing teams now move to the Championship Pool, in which teams play the teams from the opposite pool, carrying forward their full won-lost records. Meanwhile, the bottom three teams in each pool go to the Seeding Round, where they will compete against the three teams from the opposite pool. These teams also carry forward their full won-lost records. Action continues on Thursday, with draws at 10 a.m., 1:30 p.m. and 7 p.m. AT. The Championship Round concludes on Friday and will be followed by two semifinals Saturday morning at 10 a.m. AT, pitting 1 vs. 4 and 2 vs. 3. The two winners then advance to the final Saturday afternoon at 3 p.m. while the two losing teams meet in the bronze-medal game at the same time. For event, team and draw information, visit www.curling.ca/2017mixed. Draw scores/standings will be immediately available on Curling Canada’s website, www.curling.ca.