Last day of round robin at Canadian Mixed

New Brunswick’s Charlie Sullivan cruised to a 9-3 win over Nova Scotia to stay close to the leaders at the 2017 Canadian Mixed Curling Championship in Yarmouth, N.S., on Wednesday morning. 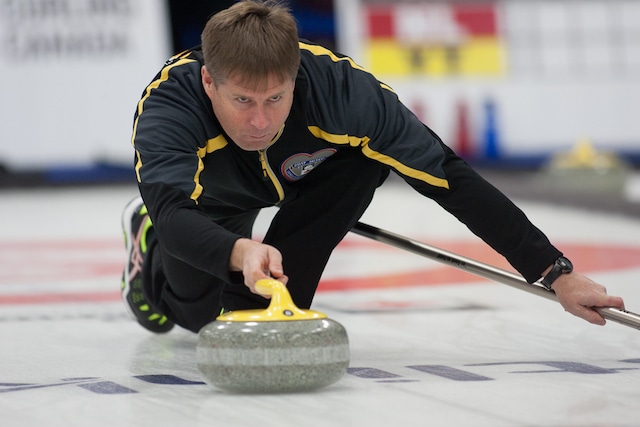 Sullivan and his Thistle St. Andrew’s team from Saint John opened with a steal and scored four more points in the third end to take a commanding lead over Paul Flemming’s Mayflower Curling Club foursome. With the win, New Brunswick improved to a 4-1 record in Pool A, right behind Ontario’s Wayne Tuck (5-0), who defeated Robert Smallwood of Yukon, 7-3. Also in Pool A action on Wednesday morning, Veronica Smith of P.E.I. won her first game of the round robin, scoring five in the sixth end on the way to a 7-5 win over Newfoundland and Labrador’s Adam Boland. Saskatchewan’s Brady Scharback remains the only undefeated team in Pool B after handing Northern Ontario’s Trevor Bonot his first loss of the competition. Scharback stole a point in the seventh and hung on for the 5-2 win. In the other Pool B match-up, Quebec’s Martin Ferland defeated B.C.’s Wes Craig 8-4 to improve to 3-2 in the standings and stay close to the leaders. The round robin wraps up with two more draws on Wednesday, at 2:30 p.m. and 7 p.m., Atlantic Time. For event, team and draw information, visit www.curling.ca/2017mixed. Draw scores/standings will be immediately available on Curling Canada’s website, www.curling.ca. 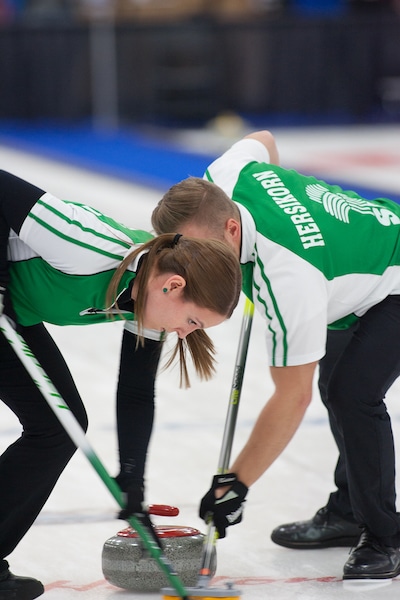