Ontario continues to lead the pack at Canadian Mixed

The winning streak continues for Ontario’s Wayne Tuck, as the team from the Ilderton Curling Club defeated a surging Braden Calvert of Manitoba, 8-6, to stay out in front at the 2017 Canadian Mixed Curling Championship. 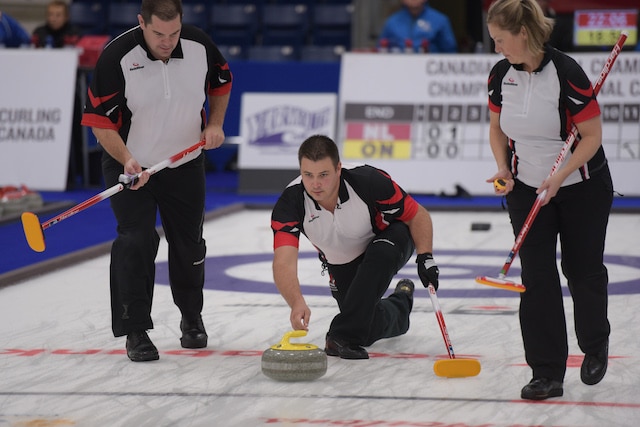 Tuck and his team of Kimberly Tuck, Jake Higgs and Sara Gatchell trailed for most of the way against Calvert and his Gimli Curling Club team of Kerri Einarson, Kyle Einarson and Jennifer Clark-Rouire. But a score of three in the seventh and a single steal in eight put the game away and cemented Ontario’s undefeated record on the first day of Championship Pool play at the Mariners Centre in Yarmouth, N.S., Ontario sits at the top of the standings of the Championship Pool – the eight teams who finished at the top of Pools A and B after the round robin – but Saskatchewan and Northern Ontario are right behind, both with 7-1 records, followed by New Brunswick. Manitoba, Quebec, Newfoundland and Labrador, and Nova Scotia. On Thursday evening, Saskatchewan’s Brady Scharback (6-1) led all the way in a decisive 8-4 win over Nova Scotia’s Paul Flemming (2-5). Northern Ontario’s Trevor Bonot (6-1) blanked the first four ends then poured it on in the last five on the way to a 6-1 win over Adam Boland of Newfoundland and Labrador. And Charlie Sullivan of New Brunswick (6-2) stole an 8-2 victory over Quebec’s Martin Ferland (4-4) to stay close to the leaders. Teams in the Seeding Pool – the teams not headed for playoffs – took to the ice on Thursday morning, with Yukon’s Robert Smallwood cruising to a 17-2 win over Northwest Territories’ Donovan Arey, British Columbia’s Wes Craig defeating P.E.I.’s Veronica Smith 6-3, and Alberta’s Evan Asmussen coming out on top of a 5-3 score over Nunavut. Games in both the Championship and Seeding Pools continue on Friday with draws at 9 a.m., 1:30 p.m. and 7 p.m., Atlantic Time. For event, team and draw information, visit www.curling.ca/2017mixed. Draw scores/standings will be immediately available on Curling Canada’s website, www.curling.ca. 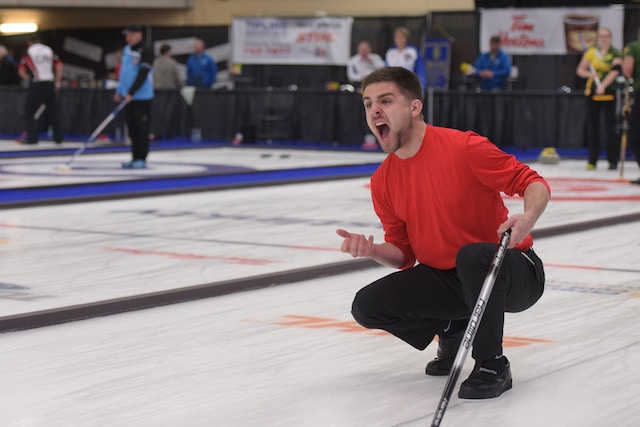