Saskatchewan and Ontario still on top at Canadian Mixed

Saskatchewan’s Brady Scharback eked out a 6-5 win over New Brunswick’s Charlie Sullivan, and Wayne Tuck won the battle of Ontario as teams jockeyed for playoff position on Friday morning in the Championship round of the 2017 Canadian Mixed Curling Championship in Yarmouth, N.S. 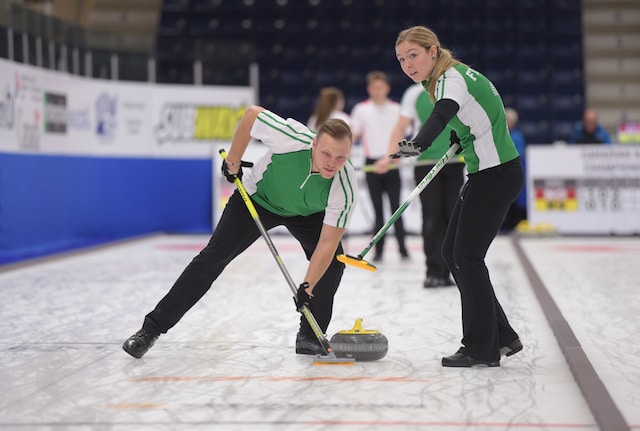 Jacob Hersikorn and Krista Fesser of Saskatchewan guide a rock down the ice during action at the 2017 Canadian Mixed Curling Championship in Yarmouth, N.S. (Curling Canada/Clifton Saulnier photo)

Scharback and his Nutana Curling Club foursome of Kourtney Fesser, Jacob Hersikorn and Krista Fesser led 5-2 after six ends. New Brunswick tied it up with a score of three in the seventh, but a single in the eighth gave Saskatchewan the 6-5 win and moved them into sole possession of second place in the standings. First-place Tuck and his Ilderton, Ont., team are riding a nine-game winning streak and have ensured themselves a spot in the semifinals on Saturday. In the only match-up between the two Ontario teams, Tuck took two four-enders on the way to an 8-3 win over Northern Ontario’s Trevor Bonot, who now sits in third place with a 7-2 record. Also in the playoff mix is Braden Calvert of Manitoba, who defeated Newfoundland and Labrador’s Adam Boland 5-4 to improve to a 6-3 record. Although he won’t make the playoffs, home-province favourite Paul Flemming stole two ends to take a 6-1 win over Quebec’s Martin Ferland. Action continues at the Mariners Centre on Friday, with three games in the Seeding Pool at 2:30 p.m. (AT), and the final games in the Championship Pool at 7 p.m. (AT). For event, team and draw information, visit www.curling.ca/2017mixed. Draw scores/standings will be immediately available on Curling Canada’s website, www.curling.ca. 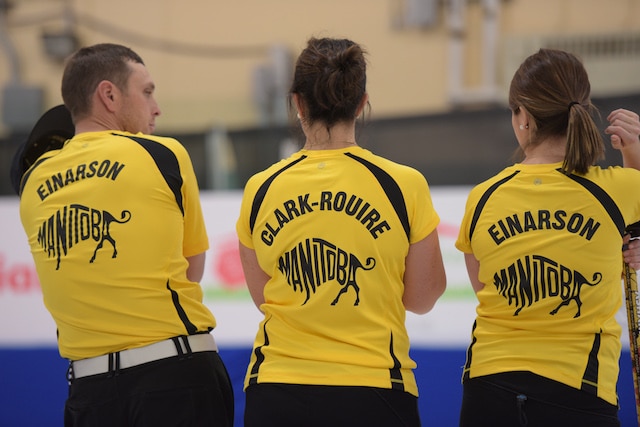