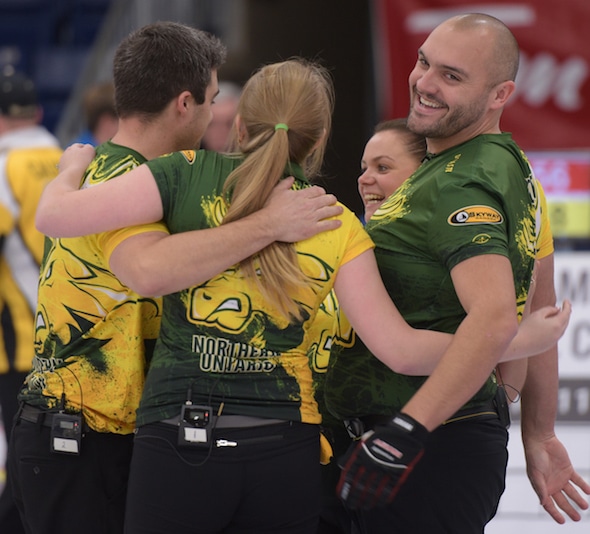 When the dust settled, Bonot and his teammates — vice-skip (and sister) Jackie McCormick, second Kory Carr and lead Megan Carr — from the Port Arthur Curling Club saw four of their yellow stones counting to break open what had been a tight game for four ends.

It was more than enough to propel Bonot and Co. to a 5-2 win over Manitoba’s Braden Calvert to claim the 2017 national championship and give Northern Ontario its fourth Canadian mixed crown, and first since Chris Johnson’s 1997 triumph in Kindersley, Sask.

“As long as we got the right drag effect (from the way the rocks collided with each other), the fourth point was there,” said a happy Bonot after the final. “The fourth point was a bonus, but it was definitely make-able. It’s a crucial turning point; when you’re in a final against such a great team, and you have a shot like that to make the momentum come your way, it’s a game-changer.”

Northern Ontario finished round-robin play with an 8-2 record, and dispatched Saskatchewan’s Brady Scharback 5-4 in the semifinal earlier on Saturday.

Manitoba, meanwhile, had reached the final with a 4-2 win over previously unbeaten Wayne Tuck Jr. of Ontario in the other semifinal and, based on shooting percentages over the first half of the game, had the hotter hand going into the decisive fifth end.

But, as Bonot proved, timing is everything in the sport of curling. 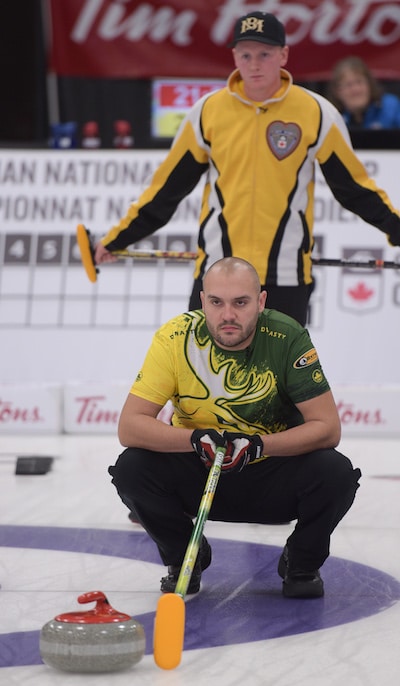 “Actually, the goal in the fifth end was to get a blank (and have hammer likely in the sixth and eighth ends), and a couple of misses from both teams and something came from it,” he said. “It’s surreal; it still hasn’t sunk in yet. We came here hoping to have a good week and some good games, and we’ve had an amazing week and some amazing games.”

As a result, the Northern Ontario team will now become Team Canada for the 2017 World Mixed Curling Championship, Oct. 6-14 in Champéry, Switzerland. Canada will be looking for its first trip to the medal podium after falling short in the first two editions of the World Mixed.

“You play a lot of games and take a lot of knocks over the years, losing some provincial finals and not quite getting there, and life happens,” said Bonot. “To have a chance to get to a national championship with my sister at third and my best friend playing front end with me means a lot. I never thought it would happen.

“It’s a dream come true to be Team Canada. I’d be very happy to bring a world championship back to Thunder Bay.”