Banking on experience is key for Kory Kohuch and his Saskatchewan rink at the 2016 Travelers Curling Club Championship. Three of the team’s four members have a key piece of experience they hope to leverage in Kelowna this week. Kohuch with second Wes Lang and lead David Schmirler were the 2014 Travelers champions in Halifax. With the addition of third David Kraichy, the rink hopes to add a second title to their curling resumes. 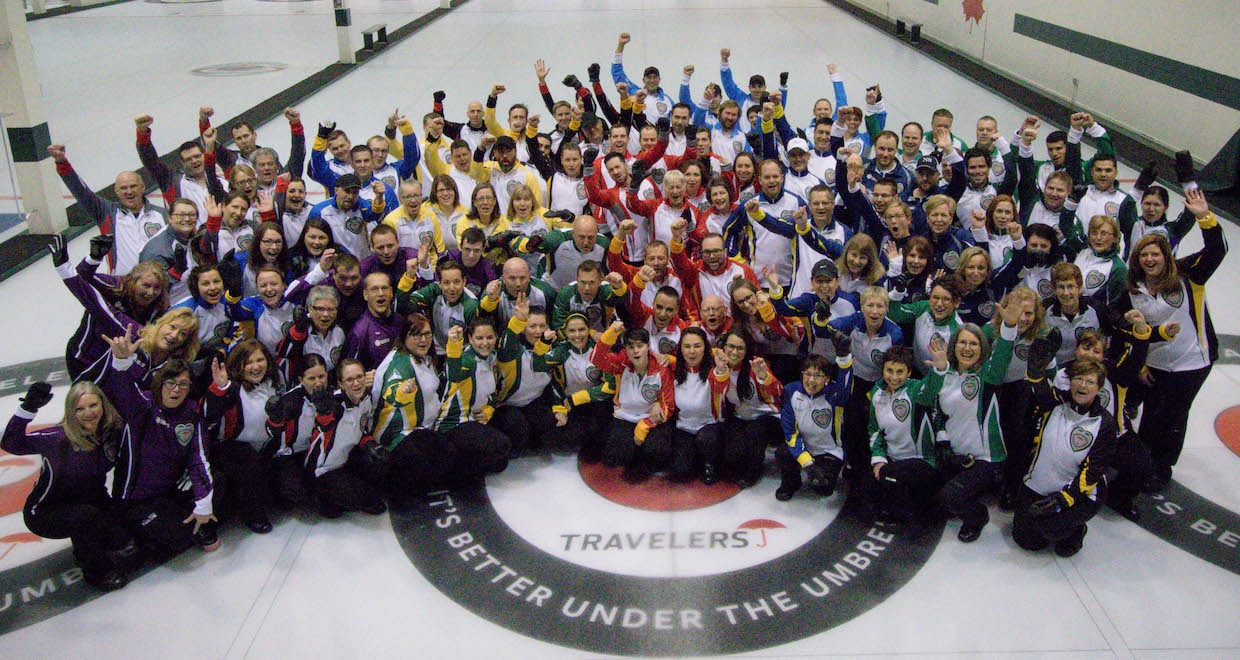 “It’s nice to come back knowing what to expect. Every year the calibre of the teams gets better, we know that. We try to get better as well. It’s a not a whole bunch difference other than we have the experience of knowing what to expect,” Kohuch said before the event began at the Kelowna Curling Club on Monday. “Once you start the games the slate is wiped clean. It doesn’t matter what we’ve won in the past,” he added. The addition of Kraichy to the team adds even more experience to the rink. The 32-year-old University of Saskatchewan assistant professor was runner-up in three Manitoba provincial finals. When asked about wearing the colours of another province, Kraichy said it’s just as special. “I lost so many provincial finals in Manitoba that just winning a provincial title is good enough. I don’t care what colour the jacket is!” Not only is the Saskatoon rink wearing the colours of a province that has won this event twice, the lead shares a last name with a Canadian curling legend. “It’s a lot to live up to. I have never have been and never will be as good as her,” David Schmirler, a distant relative to the late Sandra Schmirler, admitted with a smile. Kohuch opens the tournament on Tuesday morning against Quebec. The Quebec champions dropped their first game in Draw 1 action, 7-4 to Manitoba. In front of fans and families from across the country, the 2016 event opened at the Kelowna Curling Club with a ceremonial first rock thrown by Kelowna curling royalty. Sonja Gaudet, three-time Paralympic Games gold medallist and former world wheelchair gold medallist delivered the opening stone with the assistance of Sasha Carter, two-time Scotties champion and world champion. Pat Ryan, a two-time Canadian and World champion, joined Carter on the brush. Jim Ursel, the 1977 Brier champion, held the broom. 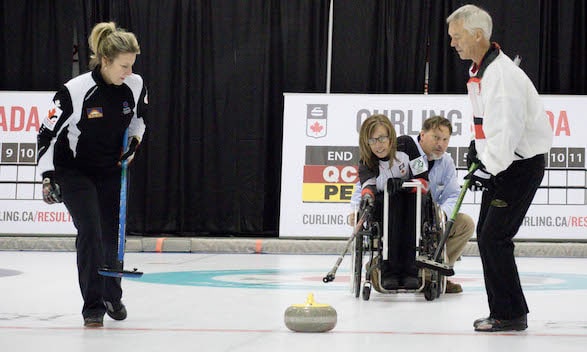