The road to PyeongChang goes straight through Brandon, Man., this week as the 2016 Home Hardware Canada Cup, presented by Meridian Manufacturing, kicks off at Westman Communications Group Place in the Keystone Centre. 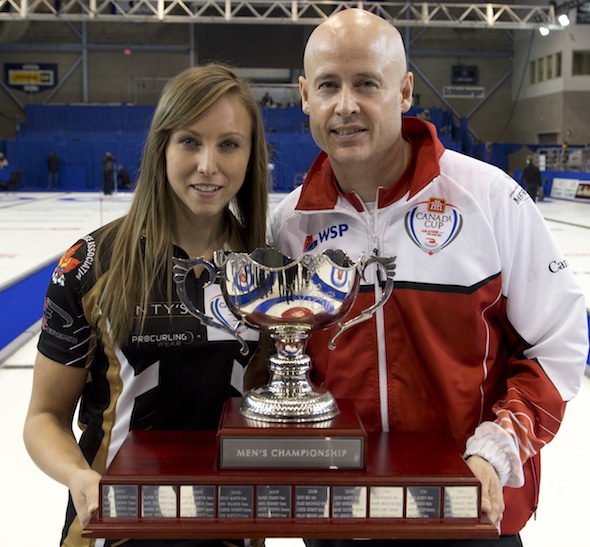 The men’s and women’s champions, who will be decided in Sunday’s gold-medal games, will take a significant step forward in the quest to represent Canada at the 2018 Winter Olympics in PyeongChang, South Korea, as both teams will earn berths directly into the 2017 Tim Hortons Roar of the Rings in Ottawa — the event that will decide our country’s four-player team reps for the Winter Games.

That’s the biggest prize at stake in Brandon, but the elite competition, which features the top seven men’s and top seven women’s teams in Canada, will also offer a huge total prize purse of $140,000.

Also on the line in the 13th edition of the Home Hardware Canada Cup will be berths for the winning men’s and women’s teams in the 2017 World Financial Group Continental Cup, presented by Boyd Gaming, Jan. 12-15 in Las Vegas, as members of Team North America.

The reigning 2014 Olympic gold-medallists are in the field, although Winnipeg’s Jennifer Jones already has her Trials berth locked up, as does Ottawa’s Rachel Homan, who won last year’s Home Hardware Canada Cup in Grande Prairie, Alta. 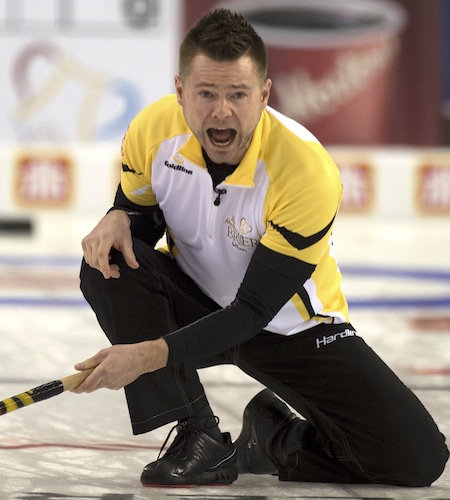 On the men’s side, Brad Jacobs’ Sault Ste. Marie, Ont., team is looking for a return trip to the Winter Olympics, and would move closer to that dream with a win in Brandon.

Besides Jacobs, the men’s field includes a who’s who of Canadian curling, topped by current World and Tim Hortons Brier champion Kevin Koe of Calgary, whose team is the lone Trials qualifier to date by virtue of winning the 2015 Home Hardware Canada Cup men’s title.

Two Winnipeg teams, however, will be looking to book their tickets to Ottawa with wins on home-province ice. Brandon-born Mike McEwen — the Home Hardware Canada Cup 2014 champion and 2015 runner-up — is coming off a major World Curling Tour win earlier this month in Morris, Man., while Reid Carruthers won the 2015 Manitoba men’s title at Westman Communications Group Place.

Rounding out the men’s field will be 2015 Home Hardware Canada Cup bronze-medallist John Epping of Toronto, 2015 Tim Hortons Brier bronze-medallist Steve Laycock of Saskatoon and Brad Gushue’s team from St. John’s, although Gushue won’t make the trip due to a hip/groin injury. Filling in as skip will be regular third Mark Nichols, with Calgary’s Charley Thomas moving it at vice-skip. The Nichols-skipped lineup currently leads the Canadian Team Ranking System men’s standings.

On the women’s side, Jones and Homan will be pushed by a group that includes another team for whom Manitoba fans can cheer, Winnipeg’s Kerri Einarson

Also in the field will be reigning Scotties Tournament of Hearts champion Chelsea Carey of Calgary, along with 2014 Home Hardware Canada Cup women’s champ Val Sweeting of Edmonton, who finished second to Homan a year ago, Edmonton’s Kelsey Rocque and Tracy Fleury of Sudbury, Ont.

The field comprises the champions of the 2016 Tim Hortons Brier and Scotties Tournament of Hearts (Koe and Carey), and the six highest finishers on the 2015-16 Canadian Team Ranking System . 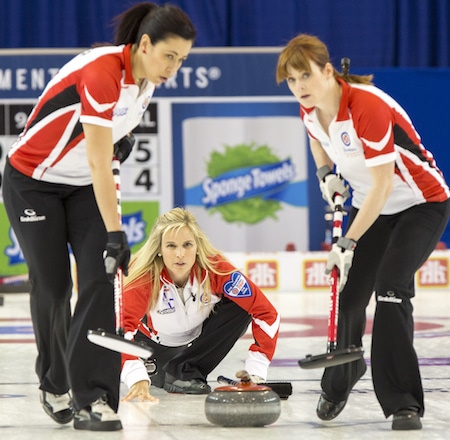 The Home Hardware Canada Cup format calls for the men’s and women’s teams to play a three-day round robin, with the first-place teams advancing to their respective finals on Sunday, while the second- and third-place teams meet in semifinals on Saturday, after any required tiebreakers, to determine the other finalists. CLICK HERE for the full draw.

The Home Hardware Canada Cup will go on a one-year hiatus in 2017, while the Tim Hortons Roar of the Rings takes place in Ottawa.