VICTORIA — The all-stars and other award winners at the 2017 Canadian Junior Men’s and Women’s Curling Championships, presented by Ambrosia Apples, were announced on Friday at the awards banquet at the Songhees Wellness Centre. 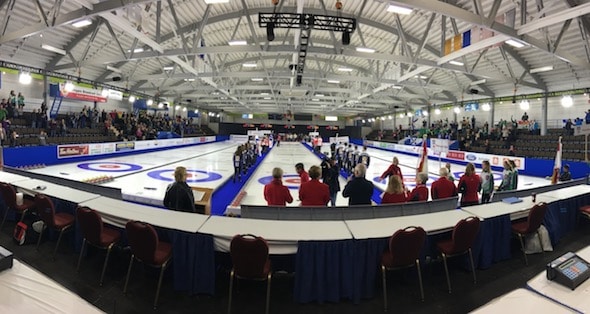 Second Team Skip — Tyler Tardi, B.C. (79 per cent) Third — Tyler Lautner, Alberta (83 per cent) Second — Nick Bissonnette, Northern Ontario (83 per cent) Lead — Alec Cameron, Nova Scotia (85 per cent) * In the case of a percentage tie, the all-star position goes to the player with the highest plus/minus for the week (a player receives a +1 for every game in which he/she outcurls the positional opponent by five per cent or more). Should they still be tied, the pre-event draw to the button results are used to determine the all-star.

Balance Plus Fair Play Awards (selected by the officials)