ALMATY, Kazakhstan (U SPORTS) – Kelsey Rocque, a world champion curler from the University of Alberta, was announced Saturday as Canada’s flag bearer for the opening ceremony of the 2017 Winter Universiade in Almaty, Kazakhstan. 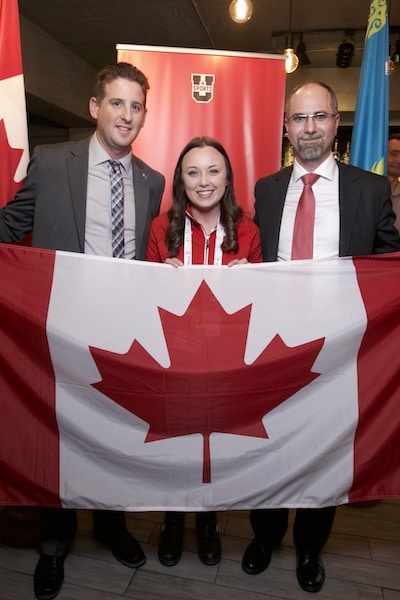 Canadian chef de mission Ari Grossman and His Excellency Shawn Steil, Canada’s ambassador to Kazakhstan, the Kyrgyz Republic and Tajikistan, made the announcement and officially welcomed the red and white delegation at a reception held following Team Canada’s first competition of the biennial multi-sport event, a 9-1 women’s hockey win over China. The opening ceremony is set for Sunday at Almaty Arena starting at 7 p.m. local time (8 a.m. ET), live online at www.livefisu.tv/. A Canadian delegation of 122 is attending the 28th winter world university games, including 88 student-athletes in alpine skiing, biathlon, cross country skiing, curling (women & men), hockey (women & men) and snowboarding. In total, over 1,600 athletes from 57 countries are gathered in the Central Asian city of 1.7 million. Rocque’s appointment marks the third consecutive Winter Universiade where a curling skip has been named the Canadian flag bearer for the opening ceremony. Breanne Meakin from the University of Manitoba and Brendan Bottcher from the University of Alberta merited the honour in 2015 (Granada, Spain) and 2013 (Trentino, Italy), respectively. “It’s such an incredible feeling. It’s just completely unexpected. Curling is a four-person sport, so to be part of something this big with Canadian athletes from so many sports is pretty unbelievable,” said Rocque. “We hope to play really well. We know we have a lot of tough competition here in Almaty. We’re really excited to be here.” “Kelsey will be an outstanding flag bearer for Canada,” said Grossman. “She is a multiple university national champion and has also enjoyed tremendous success wearing the Maple Leaf on the world stage. There is no doubt she will represent Canada proudly in Almaty, starting with tomorrow’s ceremony.” Rocque, a native of Fort Saskatchewan, Alta., was nothing short of sensational in four university seasons with the Alberta Pandas, reaching the U SPORTS-Curling Canada national final every year and claiming back-to-back championship trophies in 2015 and 2016. The 22-year-old was named a first-team all-Canadian on three occasions. On the international scene, she captured gold at the 2014 and 2015 world junior championships, becoming the first Canadian woman to win consecutive world junior titles. Now competing at the senior level on the World Curling Tour, her team is currently ranked eighth in the world. In Almaty, Rocque will play alongside Danielle Schmiemann (third), Taylor McDonald (second) and Taylore Theroux (lead), with whom she was crowned U SPORTS champion last winter. The foursome jumps into the action on Monday with games against China at 9 a.m. and Germany at 7 p.m. 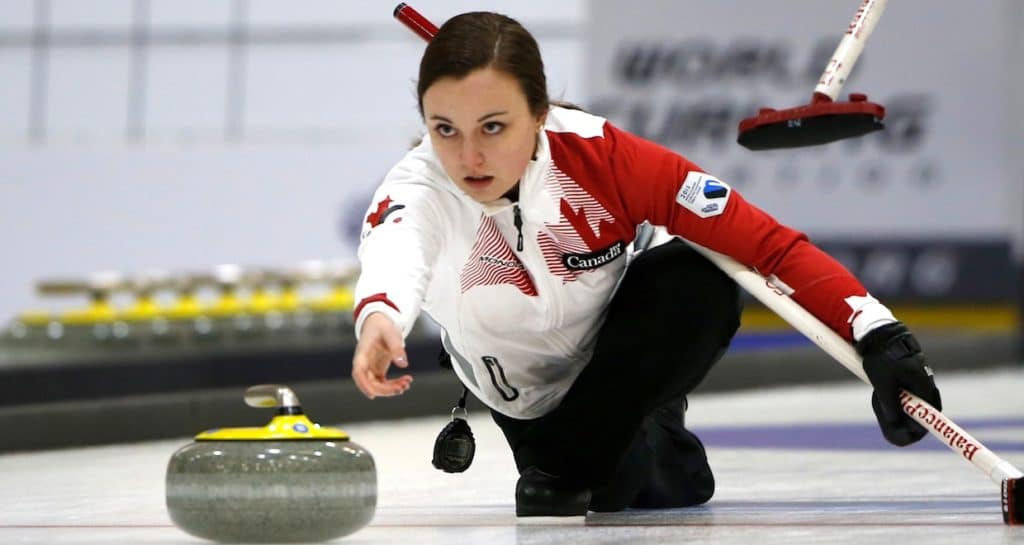 Since curling made its Universiade debut in 2003, the Canadian women have reached the podium four times in six appearances, including a gold medal in 2007 (Turin, Italy) and silver in 2003, 2009 and 2015. Canada has also claimed a pair of medals on the men’s side over the years, including gold in 2003 and bronze in 2013. About the Winter Universiade The Winter Universiade is a biennial international multi-sport event open to competitors who are at least 17 and less than 28 years of age as of January 1 in the year of the Games. Participants must be full-time students at a post-secondary institution (university, college, CEGEP) or have graduated from a post-secondary institution in the year preceding the event. The Almaty Universiade will feature eight compulsory sports and four optional sports. Compulsory sports: alpine skiing, biathlon, ice hockey, curling, cross country skiing, short track speed skating, figure skating and snowboarding. Optional sports: ski jumping, nordic combined, freestyle skiing and long-track speed skating. About U SPORTS U SPORTS is the national brand for University Sports in Canada. Every year, over 12,000 student-athletes and 500 coaches from 56 universities vie for 21 national championships in 12 different sports. U SPORTS also provides higher performance international opportunities for Canadian student-athletes at Winter and Summer Universiades, as well as numerous world university championships. For further information, visit usports.ca or follow us on: Twitter: @USPORTSca / @USPORTSIntl Facebook: @USPORTSCanada / @USPORTSIntl YouTube: @USPORTSca Instagram: @USPORTSca / @USPORTSIntl Snapchat: @USPORTSca Team Canada website: https://en.usports.ca/universiade/winter/2017/ Almaty 2017 website: https://almaty2017.com Live streaming: www.livefisu.tv/