Brad Gushue’s dream of playing in a hometown Tim Hortons Brier will come true on March 4, while the field for the 2017 Scotties Tournament of Hearts is nearly complete.

That’s the result of a series of provincial men’s and women’s curling championships that concluded on Sunday across the country. 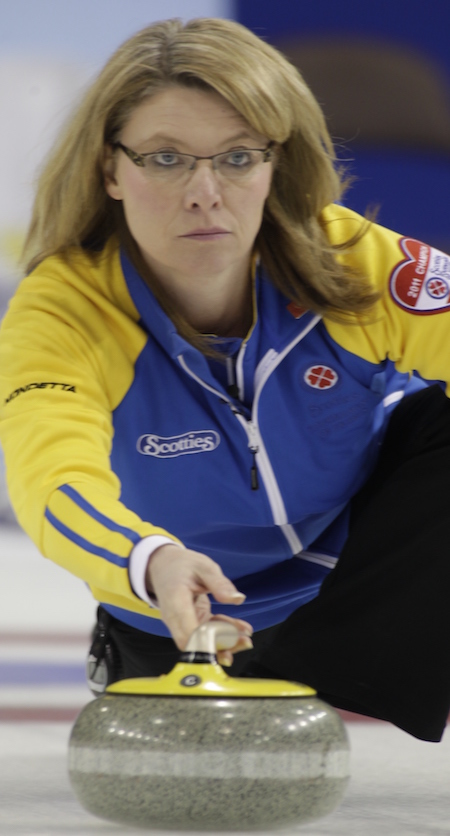 Shannon Kleibrink will skip Alberta at the Scotties Tournament of Hearts for the first time since 2011. (Photo, Curling Canada/Andrew Klaver)

Gushue’s St. John’s team — vice-skip Mark Nichols, second Brett Gallant and lead Geoff Walker — captured its provincial title on Saturday night and will be an overwhelming hometown favourite when the 2017 Tim Hortons Brier kicks off on March 4 at Mile One Centre in St. John’s — the first time the Canadian men’s championship has been played in St. John’s since 1972.

Meanwhile, the story of the provincial Scotties playdowns was arguably more about the team that didn’t qualify — five-time Canadian champ Jennifer Jones — than who did.

Jones was knocked out of a playoff game in the Manitoba championship for the first time since 2004. Her team lost to Darcy Robertson in the semifinal at the Charleswood Curling Club.

Robertson would go on to lose 8-6 to Michelle Englot in the final later Sunday. It was Englot’s first Manitoba title after skipping Saskatchewan in seven trips to the Scotties. Englot’s team is rounded out by vice-skip Kate Cameron, second Leslie Wilson-Westcott and lead Raunora Westcott.

Another familiar face is coming back to the Scotties representing Alberta after a lengthy absence. 2006 Olympic bronze-medallist Shannon Kleibrink and her team from Okotoks — third Lisa Eyamie, second Sarah Wilkes and lead Alyson Thiessen — stole one in the sixth end and two more in the seventh for a 6-4 win over Edmonton’s Val Sweeting. Kleibrink, the 2008 Scotties runner-up to Jones, is making her fifth trip to the Scotties, and first since 2011. 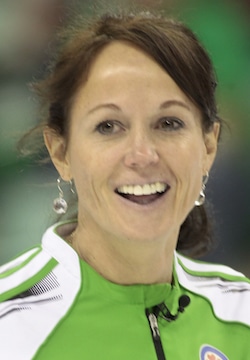 Here’s a look at how the fields are shaping up for the 2017 Scotties, Feb. 18-26 in St. Catharines, Ont., and the 2017 Tim Hortons Brier, March 4-12 in St. John’s, where they will join the two Team Canada squads from Calgary, skipped by Chelsea Carey at the Scotties and Kevin Koe at the Tim Hortons Brier.

To purchase tickets for the 2017 Scotties Tournament of Hearts, go to: www.curling.ca/2017scotties/tickets/

For tickets to the 2017 Tim Hortons Brier, go to www.curling.ca/2017brier/tickets/