This week, John sits down with Colin Hodgson, lead for Reid Carruthers, co-owner of Dynasty Curling Apparel, and all-around good guy. It’s been quite the year for Team Carruthers, as they won two events – the Home Hardware Canada Cup and World Financial Group Continental Cup – a month apart from each other and sealed their berth in the 2017 Olympic Trials. 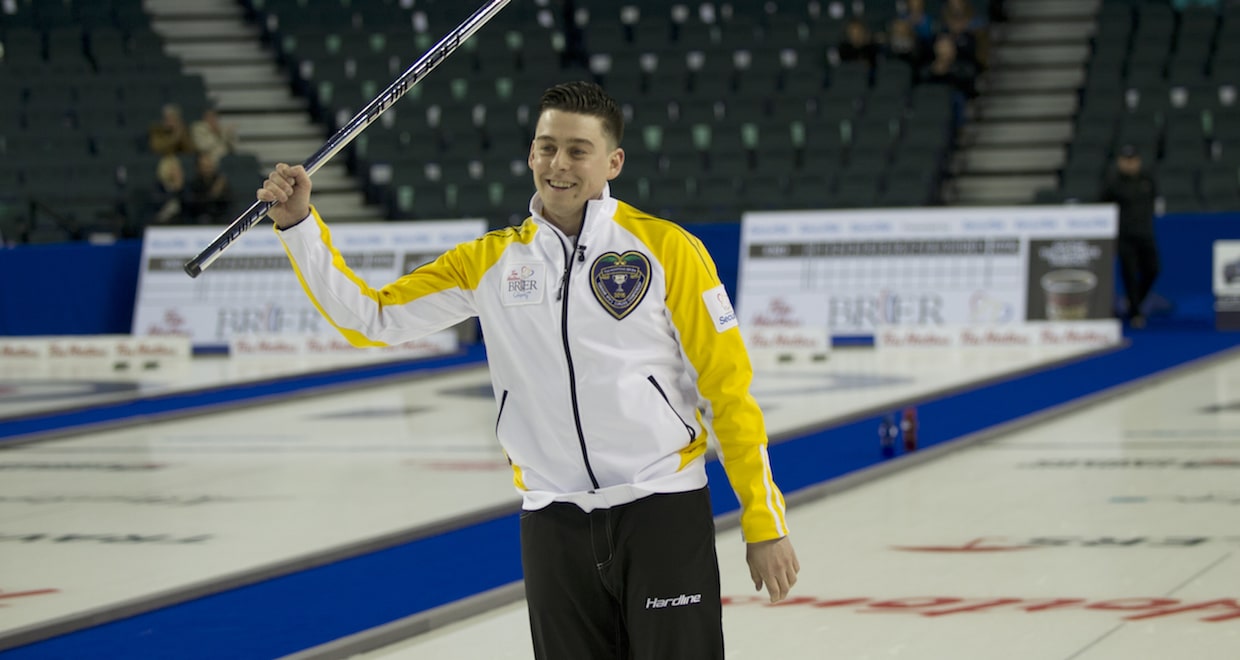 Welcome to Magical Question Fun Time, the Curling Canada feature in which comedian John Cullen sits down with your favourite curlers for interviews like you have never seen. Each interview will feature eight questions: five standard questions that will be asked to each curler, two questions specific to that curler, and one question that the curler interviewed before them asks. 1. What’s the nicest shot you’ve ever been a part of? Colin Hodgson: This is a really tough call. I think the shot we made to win the Continental Cup (https://www.youtube.com/watch?v=xZdfqkDzCec) was one of the strangest shots I’ve ever been a part of, just because in the grand scheme of things, it wasn’t really a huge shot in terms of achieving team goals, but it felt amazing. When you’re part of a team and Kevin Koe and Jennifer Jones are on your bench, it’s pretty cool to make that shot in front of 5,000 people and get to celebrate it with your team. John Cullen: Yeah, I’ve always maintained the Continental Cup is really only exciting for the players and the fans in the stands, but it must’ve been a great moment. How about as far as team goals go? 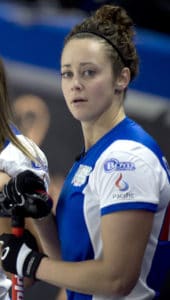 CH: Well, winning the Canada Cup was obviously big for us, and the shot in the ninth end was pretty huge for us. It was really great to get our Trials spot, so to make that come-around tap-back for three [https://youtu.be/5oZzObzMeF8?t=2h15m28s] kind of solidified the result against a team in Nichols/Gushue that’s been the best in the world the last little while. 2. Who could you take in a fight? CH: I think I could take Joanne Courtney in a fight—I mean…I might want to try to, if you get me. [laughs] JC: Oh man, I think she would kick your ass. CH: Oh, she definitely would, but it might be fun to get my butt kicked by her. She’s already a better sweeper than me, so I have to try and measure up to her some way in life. [laughs] JC: [laughs] I don’t remember her calling you out, but I will say that this is a space where many curlers have said they could take you out. How do you feel about that? CH: Well, I understand people just have to get their rage out sometimes, and sometimes fighting is the way to do that. But yeah, most likely everyone who called me out could beat me. [laughs] JC: I would have to say I agree with you. [laughs] But in all seriousness, who COULD you take in a fight? 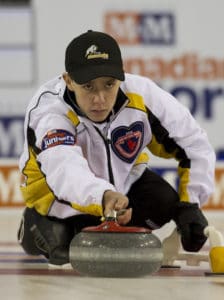 CH: Kyle Doering, from Jason Gunnlaugson’s team. I got some reach on him, and weight-wise, I got a few pounds on him right now too. Actually, I could take Robbie Gordon too. They’re also younger than me, so I think I can keep a cool head under pressure and get the job done. 3. If a deli named a sandwich after you, what would be on it? CH: Just cheese, so it accurately mirrors my personality. [laughs] Just 10 different kinds of cheese, bread, panini, press that bad boy, boom. JC: I love it. Most people don’t seek a personality-style sandwich. What kind of cheeses we talking? CH: I think all mild cheeses, I don’t come on too strong. Maybe some gruyere, some provolone, maybe a sharp cheddar. And we’ll call it Hodgy’s Cheesy Fantasy. JC: [laughs] Oh my god. Can we not call it that? [laughs] That’s ridiculous. What kind of bread we talking? CH: I’m thinking a nice rye. I’m a Winnipegger now, so we gotta have that fresh rye, it’s important. I want to embrace my Winnipeg side. I want Hodgy’s Cheesy Fantasy to be served at wedding socials. It would be a dream come true for me and would show I’m truly dedicated to Winnipeg life. [laughs] 4. What’s the worst job you’ve ever had? CH: I’ve been lucky not to have a truly bad job, but there were certainly some bad parts to working at the golf course in Lacombe. Cleaning clubs was probably the worst. A lot of guys didn’t tip, and the smell was…interesting. You would think cleaning clubs it wouldn’t smell too bad, but I guess once you clean enough, you start to get a lot of interesting smells happening. So that would be the worst, I think. JC: Have you encountered that smell again on the curling ice? Is there anyone out there that reminds you of the old days as a club cleaner? CH: Matt Dunstone is the worst-smelling curler out there, bar none. The kid never washes his jerseys. It’s getting so bad out there, I think I’m just gonna make him some new ones and send them to him before provincials here. [laughs] 5. What’s a stupid thing you incorrectly believed was true for a long time? CH: Well, I mean…I know everyone believes in Santa incorrectly for a long time but mine was probably longer than most. JC: How long we talking? How old were you when you figured it out? CH: Like…11? JC: 11? [laughs] WOW. That seems late. How did that happen? CH: I think it was just my parents. They really wanted to keep the façade going, I guess. And my sister is much older than me, so it’s kind of shocking I didn’t find out sooner. My nephew is only a little bit younger than me, and I think we found out at the same time. It was embarrassing. [laughs] 6. Now we are onto the Hodgy-specific questions, and there’s so much I want to ask you. First, I have to start with this particular Instagram account I found, @hodgysgirls. I find it hard to believe that given your horrendous hair and overall bad style, that the only curler who has an Instagram fan account is you. So my question is: how weird is it to run your own fan instagram? 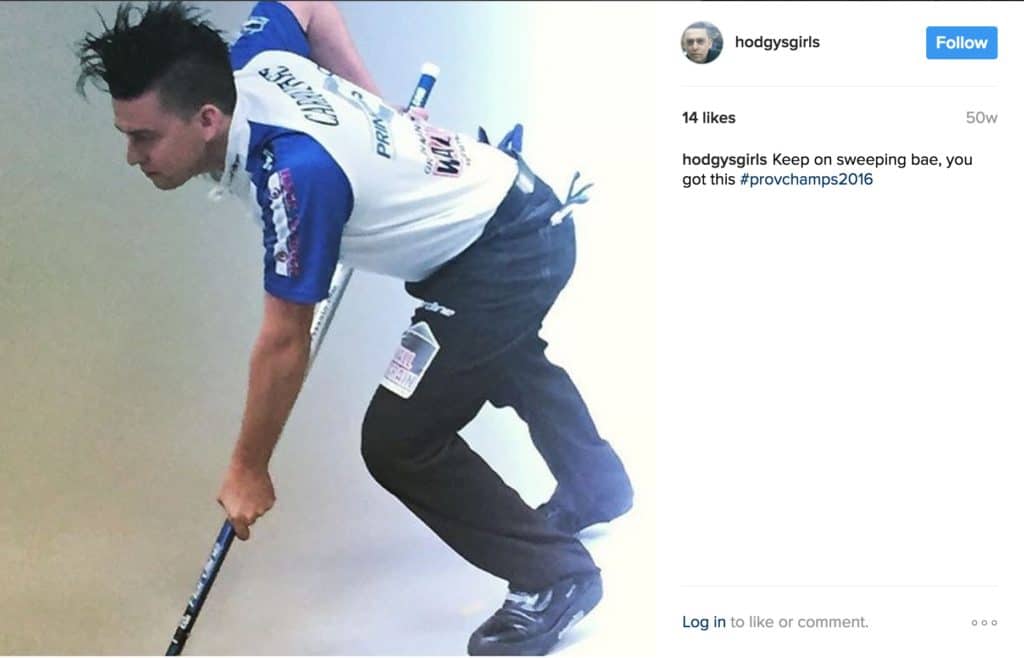 CH: [laughs] I am absolutely not running it. I had nothing to do with the creation of that. [laughs] I actually didn’t realize it was a thing until we played a Grand Slam in Oshawa a few years ago. There were something like 14 girls there who were apparently big fans. So anyway, after the game, they asked for some pictures and I went to grab Reid, because I assume no one wants a picture of me and my horrible hair, but they were like “no, just you”. Then they told me they were Hodgy’s Girls. I guess they had been Instagramming from the Slams and stuff, I had no idea. They all signed a shirt and it’s hanging on my wall. It’s pretty cool. JC: Like I said, I think it’s especially insane given how ugly you are. [laughs] CH: [laughs] Yeah, the hair thing kinda started as a joke but it seemed to get me attention and I love the publicity any way I can get it. [laughs] I take a lot of flak for it, but it’s fun. And hey, I’m no Brad Gushue out here. The ladies love their Gushues, their Jeff Stoughtons with the feathered hair and everything. I’m just trying to keep up. 7. Alright, now it’s not too often I get a lead on the show and given that I am a lead myself, I figured I would ask you some rapid-fire questions in a segment I like to call “Lead 2 Lead”. That’s not an official title. Here we go: JC: Which lead would make the best skip? CH: Benny Heebz. I mean, he calls the game from his own end anyway, might as well give him control of the house. [laughs] He can throw a bomb too. Did you see those hits at the Continental Cup? He can bring it. Benny for sure. 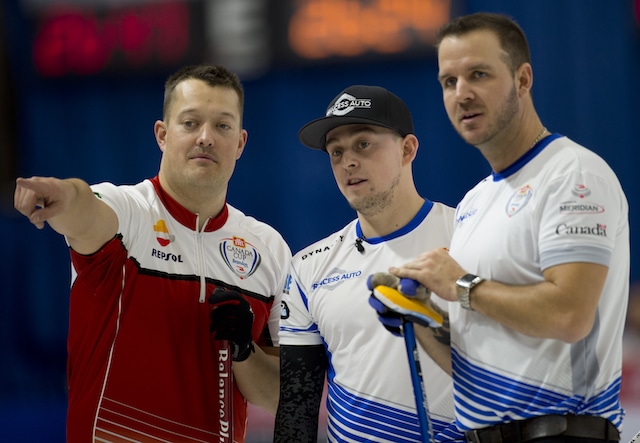 JC: Who would make the worst skip? CH: Ah jeez, I don’t know if I want to answer that one. [pauses] I’ll say Geoff Walker. The year he’s had on tour, he’s been so consistent and so tough to compete against. I don’t think he should get himself out of that role. JC: That sounds like a political answer. Off the record, who would you have said? CH: You. You’re pretty average. [laughs] JC: [laughs] Jeez, you don’t have to keep that off the record. That’s common knowledge. [laughs] Which lead has the best style? CH: I’ll go with Havard vad Petersson. Those Norwegians, man. They’re pretty clean those guys. They know how to party, they dress nice, he’s got that Scandanavian accent… JC: …but the gripper on the belt? I don’t know if I could get into that. CH: I’m not a huge fan, but I will say it’s impressive that he gets it to stay there. Maybe if he gets rid of it, he’ll get a few more brush strokes per minute. [laughs] 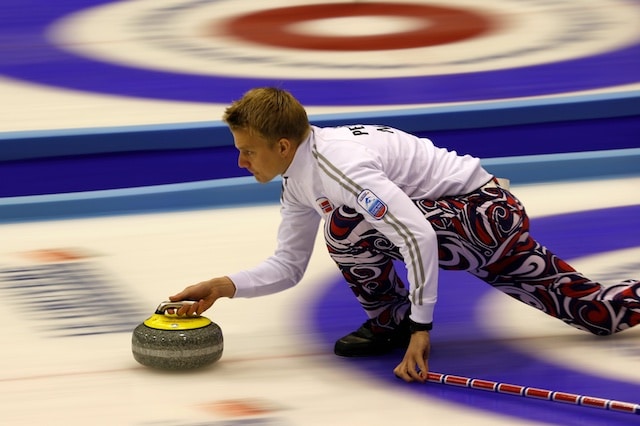 According to Colin Hodgson, Norway’s Havard vad Petersson is the lead with the best style: “Those Norwegians, man.” (WCF photo)

JC: Okay, last one. Which lead do you think would most likely to get a “Hodgy’s Girls”-style Instagram account next? CH: Tim March. 100%. Me and Tim have a bit of a bromance going on, but I think for sure he would be likely. He’s even from that Oshawa area, maybe he started it? He teaches lots of camps out there, maybe he got the girls on the Hodgy train. I’m just shocked no one has made him Mr. March in the Men of Curling calendar yet. 8. Alright, and my last question comes in from Taylor McDonald, and she asks, what is your most memorable first date? CH: Ah jeez. I’ve been on Tinder a bit recently so I’ve had a few first dates, let me scroll through the Rolodex here. I guess I don’t really have too many bad dates. I don’t want to waste anyone’s time, so even if the chemistry isn’t there, as long as you have a good meal and a nice conversation, it’s good. I guess something a bit more memorable is I went on a date with a cheerleader. JC: Way out of your league. CH: WAY out of my league. Obviously. Maybe she’s into curling, who knows? We actually have some pull here in Manitoba, Cullen. [laughs] Honestly though, I was so nervous and stumbling over my words, I don’t usually have that problem. But I got a second date, so it couldn’t have been too bad. [laughs] JC: Fantastic, thank you Colin, and if I could have a question for my next guest, the Canadian Junior Champion, Kristen Striefel. CH: Sure. Ask her who her favorite cook is on tour and why she loves them so much? JC: [laughs] That sounds like I might know the answer to that. CH: Gotta keep her on her toes. [laughs] JC: Sounds good. Thanks Colin and best of luck the rest of this season and in the Olympic Trials next year! 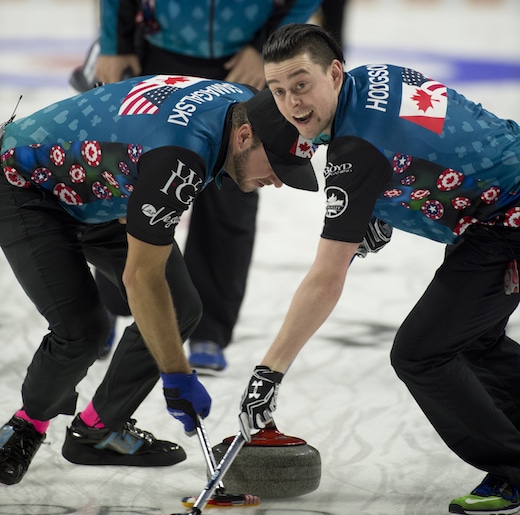 Colin Hodgson on his unique style: “The hair thing kinda started as a joke but it seemed to get me attention and I love the publicity any way I can get it.” (Curling Canada/Michael Burns photo)