ST. CATHARINES, Ont. — Five hours after clinching spots in the final of the pre-qualifying event at the Scotties Tournament of Hearts, Kerry Galusha of the Northwest Territories (Yellowknife) and Melissa Adams of New Brunswick (Fredericton) had a dress rehearsal Friday afternoon. 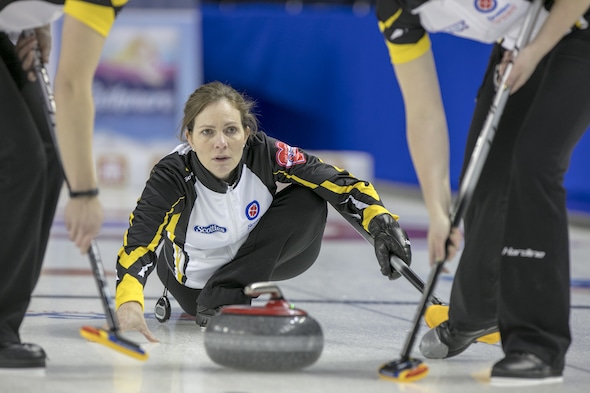 The win went to Adams, who is showing no signs of stage fright. The 1998 world junior champion, who is making her first appearance at the Scotties, defeated Galusha 9-4 in the final game of the pre-qualifying round-robin.

The two will tangle again Saturday at 2:30 p.m. ET at the Meridian Centre. The winner joins 11 of the best teams in Canada in the Scotties round-robin. 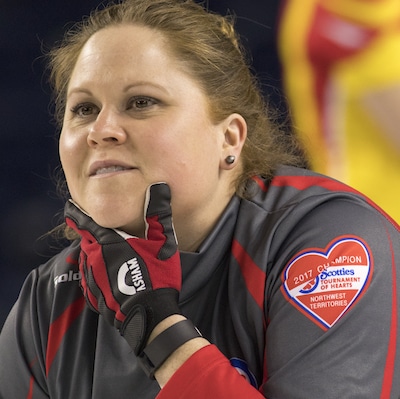 The crowds will be much bigger and louder with the final being played alongside three games from the main draw. Included will be one between defending champion Chelsea Carey and two-time winner Rachel Homan. The 5,300-seat arena will be rocking.

“Those are two important things,” Adams said. “It doesn’t mean tomorrow will be any easier by any means. We have to play well.”

The importance of Saturday’s final is not lost on Adams.

In Friday’s round-robin final, Adams cracked a three-ender in the sixth end to break a 2-2 tie. A steal of two in seven and two more in nine led to handshakes.

The Yukon’s Sarah Koltun defeated Nunavut’s Geneva Chislett 13-1 in the other game. Koltun leaves the competition with a 1-2 record, while Chislett was 0-3.

TSN/RDS2, the official broadcaster of Curling Canada’s Season of Champions, will provide extensive coverage of the 2017 Scotties Tournament of Hearts.