ST. CATHARINES, Ont. — Three women who have put in countless hours behind the scenes to advance the sport of curling have won prestigious Curling Canada awards, it was announced on Monday. 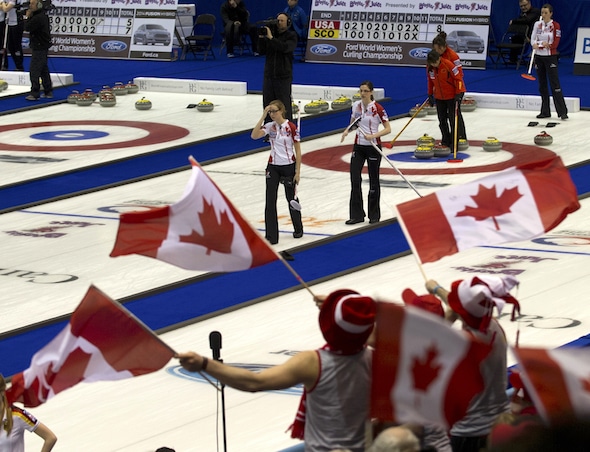 “As much as our sport is about the athletes, it’s the people behind the scenes whose names rarely, if ever, make the headlines who make it possible for those athletes to perform at a high level,” said Curling Canada Board of Governors member Scott Comfort, who chairs the Awards and Hall of Fame Committee. “But these committed volunteers also work hard at developing the grassroots of our sport. This truly is a gratifying day because we get to thank, and honour, people who make our sport so special.”

Here’s a closer look at each of the award winners: 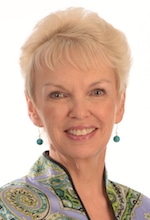 McIntyre’s name is synonymous with curling in her home province of Saskatchewan, as she has put in countless hours in all aspects of the sport.

She has served volunteer time on boards ranging from her home club, to the Saskatchewan Curling Association (now known as CurlSask) and Curling Canada, for whom she served a five-year stint as a member of the Board of Governors.

McIntyre is a past recipient of the Joan Mead Award for her contributions to women’s curling, and also is a certified Level 3 Official. 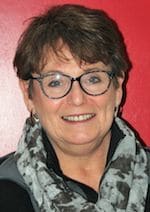 The Ray Kingsmith Award is named after the man who played a leading role in bringing curling to the Winter Olympic family, and was a tireless volunteer in administration and management roles in the sport of curling. The award honours individuals who best demonstrate a similar commitment and dedication to our sport that made Ray Kingsmith the consummate sport executive.

Siddall’s past experience working with events, as well as being a regional director with the Nova Scotia Curling Association, made her an obvious selection for the Ray Kingsmith Award.

She has played a lead role in making Nova Scotia curling centres more prominent within their respective communities, and has stressed the importance of communication between those curling centres to share successful strategies.

Siddall has also served numerous volunteer roles at her home clubs — currently the Glooscap Curling Club in Kentville, and prior to that the Halifax Curling Club. 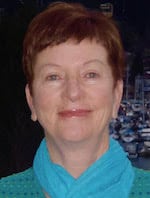 The Curling Canada Volunteer of the Year Award is based on the nominee’s contributions from the previous curling season, in any number of areas.

While Barratt’s contributions to her hometown Gibsons Curling Club go back further than the 2015-16 season, it was then that she stood tallest to ensure that her fellow curlers on the Sunshine Coast had a dependable ice surface on which to play.

With the club’s 40-year-old ice plant on its last legs, Barratt immediately went to work to secure funding for a replacement. She applied for grants and donations of all kinds, and in the end, her single-minded tenacity would end up producing a remarkable $140,000 of the $160,000 total cost of the project .

At the same time, she took a lead role in establishing a selection committee to determine the contractor for the project, while getting volunteers together to work on a facelift of the club to coincide with its 40th anniversary celebrations.

As if that weren’t enough, she did her usual volunteer work for the Gibsons Curling Club, including producing a club newsletter, keeping the club website updated, developing an online registration system, helping to organize leagues, organizing curling clinics for members and maintaining an annual five per cent growth rate in membership.

Barratt will be honoured during an on-ice ceremony at the 2017 Tim Hortons Brier in St. John’s.

Curling Canada’s 14 Member Associations submitted applications for the Curling Canada Volunteer of the Year Award, and among some amazing submissions, it was narrowed down seven finalists, including Barratt.

The other National Finalists were as follows: