ST. CATHARINES, Ont. — A current player and a longtime coach were honoured during Friday’s Page playoff 1-2 game at the Scotties Tournament of Hearts at the Meridian Centre. 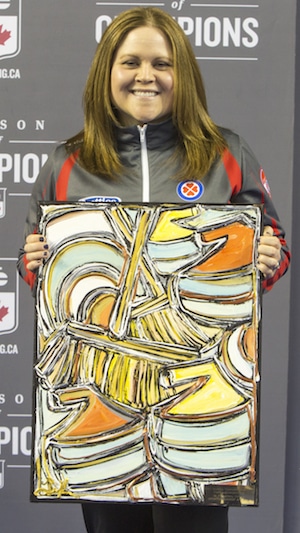 Additionally, the First and Second Team All-Star teams were announced.

The Marj Mitchell Sportsmanship Award was presented to Northwest Territories skip Kerry Galusha. The cherished Award is voted on by the curlers and is named in honour of the late Saskatchewan skip who won the first world women’s title for Canada in 1980. The award honours an individual who the competitors feel exemplifies the spirit of curling. It’s the first time in the 36-year history of the award that a player from the Northwest Territories has won it.

The Joan Mead Builder Award, meanwhile, was presented to Wendy Morgan of Burlington, Ont. Each year, this award is presented to an individual who has made a significant contribution to the growth and development of women’s curling in Canada. The Builders Award is named after Joan Mead, the late CBC producer who is credited with many innovative developments in curling broadcasting.

In addition to being the coach of Team Jennifer Jones, Morgan has been one of the main contributors to the long-term success of the Canadian wheelchair curling program as both the Program Manager and team leader. 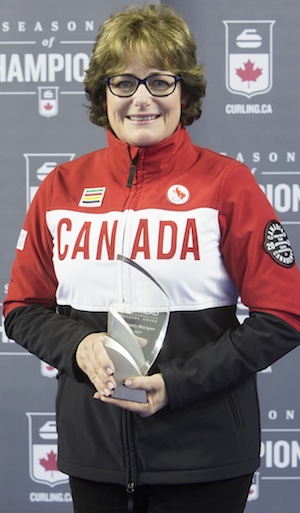 Her hard work off the ice has produced unparalleled success on the ice, including three Paralympic gold medals and three world championships.

Meanwhile, the all-star teams were as follows:

* In the case of a percentage tie, the all-star position goes to the player with the highest plus/minus for the week (a player receives a +1 for every game in which he/she outcurls the positional opponent by five per cent or more). Should they still be tied, the pre-event draw to the button results are used to determine the all-star. 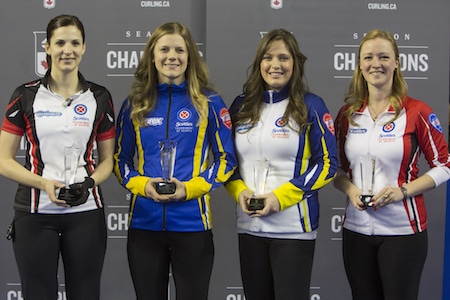