Canada’s best men’s curling teams will be rocking the Rock when the 2017 Tim Hortons Brier gets underway on Saturday at Mile One Centre in St. John’s. 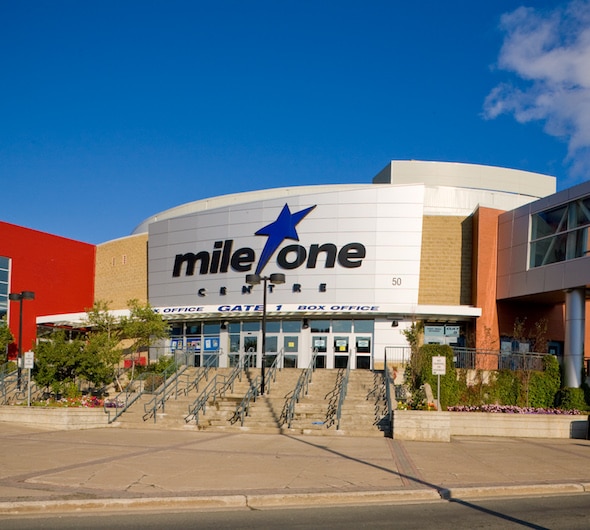 The Canadian Men’s Curling Championship will be staged in St. John’s for the first time since 1972, when Orest Meleschuk’s Manitoba team prevailed at the old Memorial Stadium.

After years of singing the praises of his hometown and its ability to potentially host the world’s most famous and beloved curling championship, Gushue and his teammates — vice-skip Mark Nichols, second Brett Gallant, lead Geoff Walker and coach Jules Owchar — will finally get their chance to play for a Canadian title on home ice.

Gushue, who led Canada to a gold medal at the 2006 Winter Olympics, will be playing in his 14th Tim Hortons Brier, with a pair of silver medals — in 2007 at Hamilton and last year in Ottawa — his best finishes. 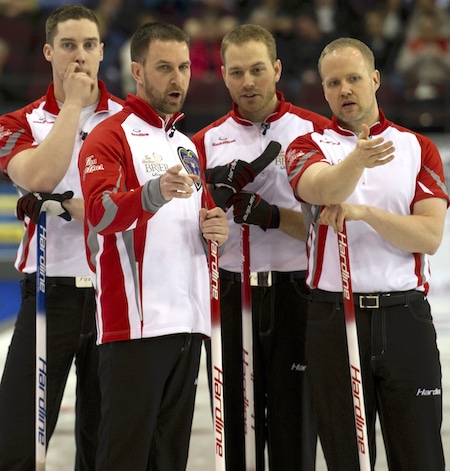 And it’ll be an intriguing matchup for Team Gushue to open things up in Saturday at 3 p.m. (all times NST) as Newfoundland and Labrador takes on a team of Tim Hortons Brier rookies from Alberta skipped by Edmonton’s Brendan Bottcher. Their coach, however, is no rookie: four-time Tim Hortons Brier champ and 2010 Olympic gold-medallist Kevin Martin, whose son Karrick, is throwing lead rocks for the Albertans. Interestingly, Kevin Martin’s longtime coach, Owchar, is now coaching Gushue’s team.

But there will be no shortage of intriguing matchups throughout the 2017 Tim Hortons Brier, considering the depth of experience and talent.

In addition to the aforementioned Koe, Howard and Jacobs squads, you can add a B.C. team skipped by Martin’s 2010 Olympics teammate John Morris, Manitoba’s Mike McEwen and 2006 Tim Hortons Brier champ Jean-Michel Menard of Quebec to the mix, suggesting that it will be an extremely tight pack chasing the four available playoff berths.

For the final time, the Tim Hortons Brier will be preceded by a pre-qualifying round to determine the final entry into the 12-team main draw.

The four teams will play a single round-robin beginning Thursday at Mile One Centre, with the teams with the two best records advancing to the play-in game, which will be contested Saturday, March 4, at 3 p.m., concurrent with the opening draw of the Tim Hortons Brier main round-robin. Admission to the pre-qualifying rounds is free. 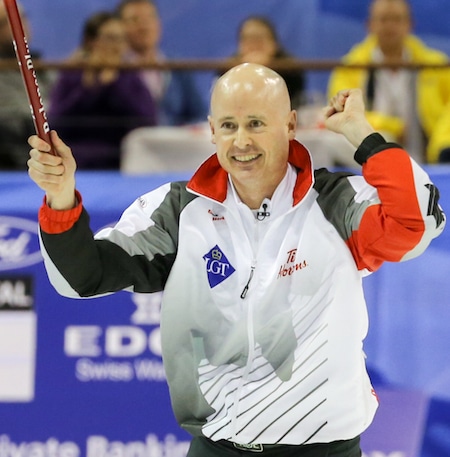 TSN/RDS2, the official broadcast partner of Curling Canada’s Season of Champions, will provide complete coverage of the Tim Hortons Brier, leading to the gold-medal game on March 12.

The winner of the 2017 Tim Hortons Brier will represent Canada at the 2017 Ford World Men’s Championship, presented by Service Experts, April 1-9 at Northlands Coliseum in Edmonton. Should Team Canada win a medal at the Ford Worlds, it will earn a direct-entry berth into the 2017 Tim Hortons Roar of the Rings Canadian Curling Trials — the event that will determine Canada’s four-player teams for the 2018 Winter Olympics in PyeongChang, South Korea.

For ticket information, go to www.curling.ca/2017brier/tickets/.

The Brier has been played in 31 cities across Canada, from Victoria to St. John’s. Manitoba and Alberta each have won a leading 27 Briers. New Brunswick, Prince Edward Island, the Yukon, Northwest Territories and Nunavut have yet to win.