Team Canada’s wheelchair curlers won’t be just seeking a world championship, but they’ll also be getting the lay of the land when they play at the 2017 World Wheelchair Curling Championship, beginning on Friday (Eastern time). 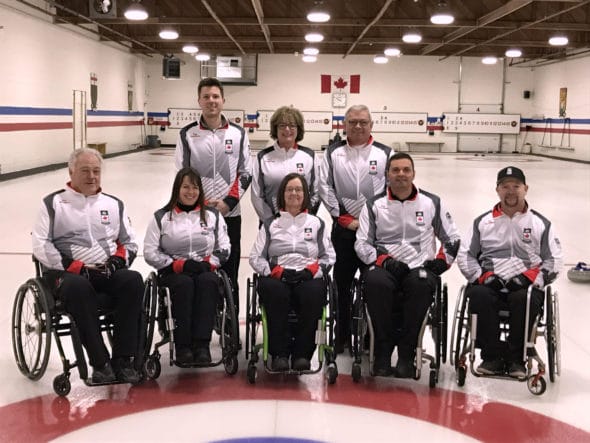 The 2017 wheelchair worlds will take place at the Gangneung Curling Centre, and will be the official test event for the 2018 Winter Paralympics in PyeongChang, South Korea; the wheelchair curling competition in 2018 will be staged in the same building.

Jim Armstrong of Cambridge, Ont., will skip the Canadian team and will be in his pursuit of a fourth World Wheelchair Curling Championship gold medal; he also skipped Canadian teams to victory in 2009 at Vancouver, 2011 at Prague, Czech Republic, and 2013 in Sochi, Russia.

Canada enters the 2017 Wheelchair Worlds ranked No. 2 in the world, behind only Russia. Both Canada and Russia have won a leading three gold medals in the 11-year history of the World Wheelchair Curling Championship, with Russia’s Andrey Smirnov having won three of the past four world titles. Smirnov will once again be at the helm of the Russian team in Gangneung.

The 2017 Wheelchair Worlds were to be the final event to determine the field that will play at the 2018 Winter Paralympics in PyeongChang. The combined results of the 2015, 2016 and 2017 World Championships decide the 11 teams that will play alongside the host South Korean team in 2018.

But based on the previous two years’ results, along with the makeup of the field for the 2017 Worlds, the field for 2018 set, with Canada in the mix to take aim at our fourth consecutive Paralympic gold.

Canada is looking for its first world championship since Armstrong’s team prevailed in 2013 at Sochi. Armstrong, Forrest and Ideson teamed with Dennis Thiessen and Sonja Gaudet to claim gold.

Last year in Lucerne, Switzerland, Canada, featuring the same five players as in 2013 (that team also won the 2014 Paralympic gold medal) missed the playoffs with a 3-6 record.

Canada’s previous gold medals were in 2009 at Vancouver and 2011 at Prague. Armstrong and Forrest were members of all three teams.

In Gangneung, Canada will be part of a 10-team round robin, leading to the four-team Page playoffs.

Here’s a look at Canada’s schedule in Gangneung (all times Eastern):

For more information about the 2017 World Wheelchair Curling Championship, go to: www.worldcurling.org/wwhcc2017

Daily draw reports will be posted at www.curling.ca