Another win for Canada at World Wheelchair Championship

Team Canada’s wheelchair curling team regrouped after a loss to Switzerland on Sunday morning and came out strong against the USA to earn a 6-4 win in round robin action at the 2017 World Wheelchair Curling Championships in Pangneung, South Korea. 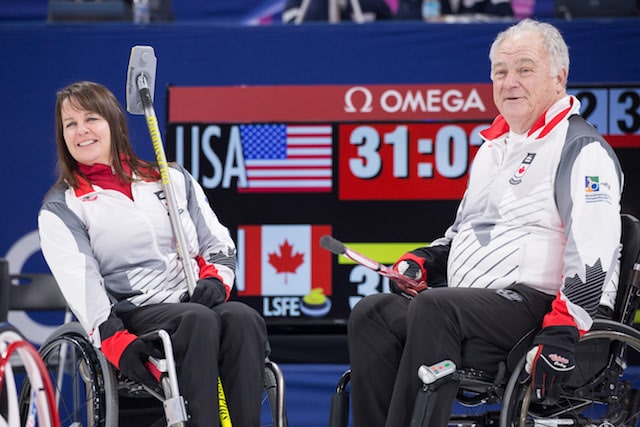 Coming off a tight 4-3 last-rock loss to Switzerland’s Felix Wagner earlier in the day, Team Canada – skip Jim Armstrong, vice-skip Ina Forrest, second Marie Wright, lead Mark Ideson, alternate Ellis Tull and coach Wayne Kiel – had an easier time generating offence against a struggling USA team led by Stephen Emt. Canada took advantage of some missed draws by the Americans in the first four ends to take a 5-2 lead into the break. But in the eighth, Canada missed two take-outs, allowing the USA to draw around guards and sit three with just skip rocks remaining. Armstrong made a delicate draw through a port to sit second shot, and Emt came up short on his final draw, giving Canada the 6-4 win without Canada having to throw their last. Earlier in the day against Switzerland, Canada stole a point in the seventh to tie the game at 3-3. In the eighth, with two rocks in the house, Armstrong’s final guard just over-curled, leaving Wagner a draw with backing for the win. After three games, Canada joins a logjam of teams in second place with 2-1 records – Finland, Norway and Scotland. Russia remains undefeated at the top. The round robin continues on Monday when Canada will face Germany (1 a.m. EST) and China (8 p.m. EST). For more information about the 2017 World Wheelchair Curling Championship, go to: www.worldcurling.org/wwhcc2017 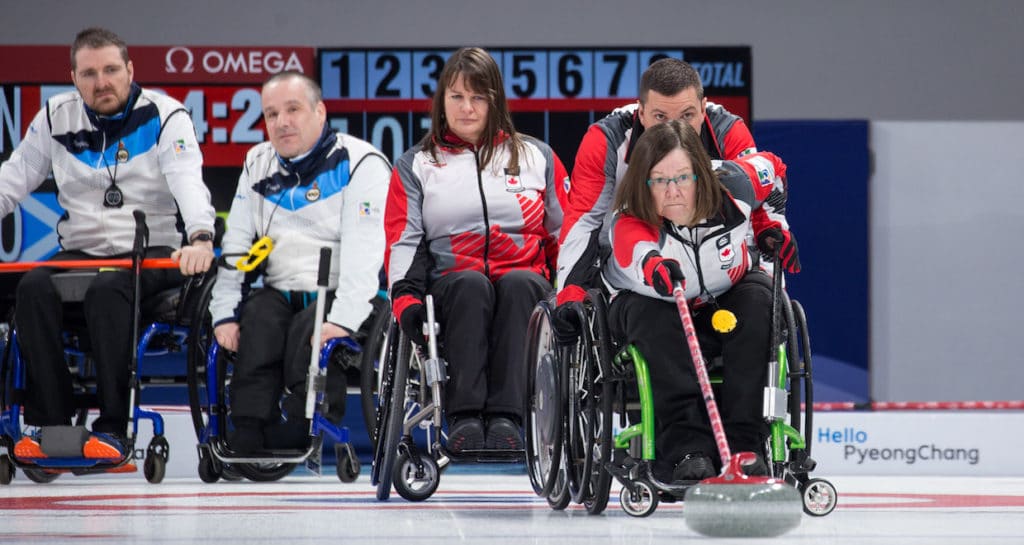