Rachel Homan and her Ottawa team will be looking to complete their world championship medal collection with a gold, beginning later this week in Beijing. 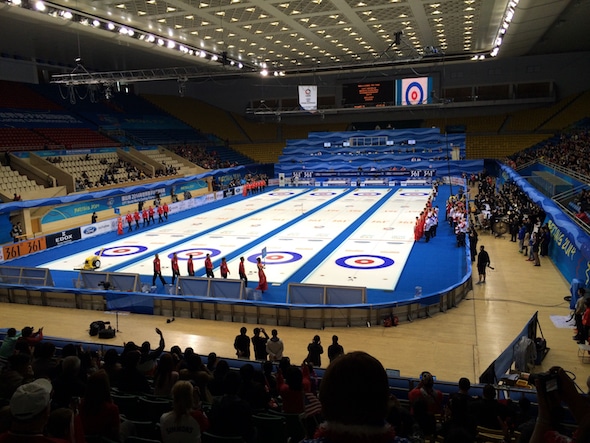 Homan skipped Team Canada to a bronze medal at the 2013 World Women’s Championship in Riga, Latvia, and followed up with a silver a year later in Saint John, N.B.

The Canadians will face a stiff test immediately in the same arena that played host to the 2014 World Men’s Championship, presented by Ford of Canada, as well as the volleyball competition during the 2008 Summer Olympics.

Canada will take on the home team, skipped by veteran Bingyu Wang — the 2009 world women’s champ and 2010 Olympic bronze-medallist — at 1 a.m. (all times Eastern), a game that will be broadcast live on TSN.

It will be the start of an 11-game round-robin schedule for Canada, which is seeking to win a world championship gold medal for the first time since Jennifer Jones’s triumph in 2008 at Vernon, B.C.

Canada still leads in overall gold medals, with 15 in the 38-year history of the women’s worlds; Sweden is next with eight and Switzerland is third with six. 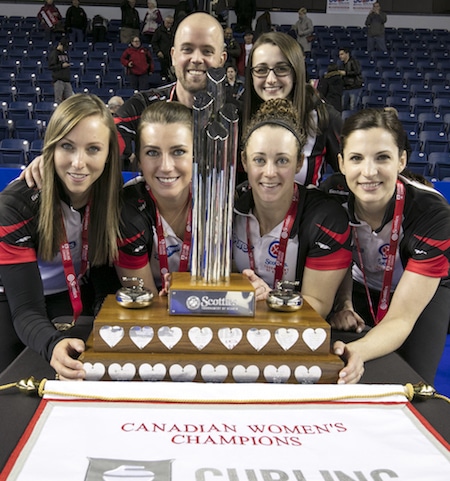 But the Swiss have claimed four of the past five world championships, and the past three in succession, including last year’s triumph by Binia Feltscher in Swift Current, Sask.

It’s Alina Pätz at the helm of Team Switzerland this year; Pätz defeated Jones and Team Canada in the gold-medal game of the 2015 World Women’s at Sapporo, Japan.

Other teams in the field are Anna Kubeskova of the Czech Republic, Lene Nielsen of Denmark, Germany’s Daniela Jentsch, Italy’s Diana Gaspari, Eun-Jung Kim of South Korea and Nina Roth of the United States.

It will be the final opportunity for countries to earn qualifying points to secure a berth in to the 2018 Winter Olympics. The combined results of the 2016 and 2017 World Championships will decide seven of the teams that will join hosts South Korea in 2018 at PyeongChang. The remaining two Olympic berths will be decided at the last-chance Olympic Qualification Event, scheduled for December in the Czech Republic. Click here to see the current standings.

Round-robin play will continue until Thursday, with the top four teams advancing to the Page playoffs, which see the first-and-second place teams playing Friday, March 24, at 7 a.m. ET for a berth in the March 26 gold-medal game (3 a.m. ET). The loser of the one-two game drops to the semifinal (March 25, 7 a.m. ET) against the winner of the Page three-four game (Saturday, March 25, 2 a.m. ET). The semifinal loser and Page three-four loser will play for the bronze medal on March 25 at 10 p.m. ET

TSN/RDS2, the official broadcast partners of Curling Canada’s Season of Champions, will provide live coverage of nine of Canada’s 11 round-robin games, in addition to all playoff games. Check the broadcast schedule by clicking here.

For full information, including schedule, rosters and live scoring, go to the event website: www.worldcurling.org/wwcc2017