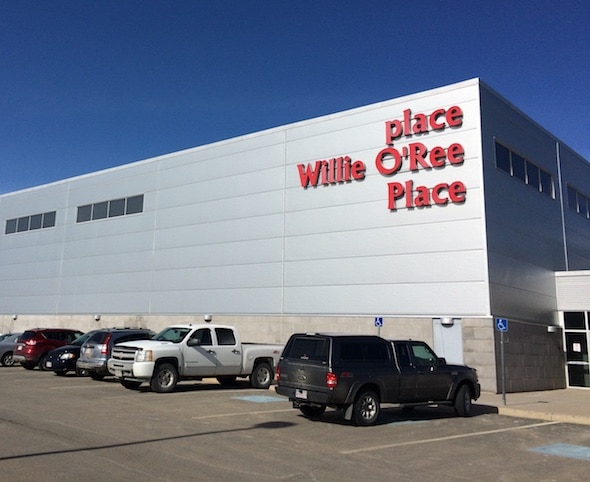 It’s the first time that the city has hosted both championships, but the 1980 Canadian senior women’s was played there, prior to the amalgamation of both events in 1985. Fourteen men’s teams (representing the 10 provinces plus Northern Ontario, Northwest Territories, Nunavut and Yukon) and 13 women’s teams (no Nunavut) will compete. The teams have been seeded into two pools per gender, based on last year’s results, and will first play a round robin within their pool through Wednesday. Round-robin games will be played in both Willie O’Ree Place and the Capital Winter Club.

The top four in each pool then advance to the Championship Round for games against teams from the other pool, while the remaining teams go to the Seeding Pool. At the conclusion of the Championship Round on Friday, the semifinals will be held Saturday morning March 25 at 9:30 a.m., pairing 1 vs 4 and 2 vs 3. The winners then advance to their respective gold-medal finals at 3 p.m. while the losers meet in bronze-medal games at the same time. All playoff games will be held in Willie O’Ree Place. This year’s renewal brings together another strong women’s contingent, headed by Alberta’s Cathy King, a Scotties (1998), Canadian Seniors (2012), World Seniors (2013) and two-time (1977, 1978) Canadian Juniors champion, the only curler to accomplish this feat. Saskatchewan’s Sherry Anderson, a former Scotties and Trials silver-medallist who made her Seniors debut last year, winning a silver medal after losing the final to Nova Scotia’s Colleen Jones, has returned, as has Ontario’s Jo-Ann Rizzo, who lost the 2016 Seniors bronze medal game to King and was the silver-medallist in the 2013 Tim Hortons Roar of the Rings Canadian Curling Trials at Winnipeg, when playing third for Sherry Middaugh. Two-time (1995, 1998) Canadian Mixed champion Mary Mattatall, who recently skipped Nova Scotia in the 2017 Scotties Tournament of Hearts at St. Catharines, Ont., finishing with a 2-9 mark, makes her Seniors debut. Skipping the host province is Kathy Hicks of the Capital Winter Club, seeking just a second title for New Brunswick. Skip Heidi Hanlon is the only one to do so, winning in 2011 and parlaying that into a World Seniors title in 2012.

On the men’s side, there is a number of skips with Brier experience, although not necessarily as skip — Newfoundland and Labrador’s Mark Noseworthy, Nova Scotia’s Alan O’Leary, Northern Ontario’s Robbie Gordon,), British Columbia’s Craig Lepine, Ontario’s Howard Rajala, Prince Edward Island’s Phil Gorveatt (who won the 1987 Canadian Mixed), Quebec’s Robert Maclean, Saskatchewan’s Darrell McKee, Yukon’s Pat Paslawski and New Brunswick’s Terry Odishaw (the 2007 Canadian Mixed champion), seeking a fourth title for his province, the latest by Wayne Tallon in 2013, who also went on to capture the 2014 World Seniors. O’Leary won the 2014 Canadian Seniors at Yellowknife, was the silver-medallist in the 2015 World Seniors at Sochi, Russia, and last year earned a bronze in the Everest Canadian Seniors at Digby, N.S. Rajala was the silver-medallist in the 2013 Canadian Seniors at Summerside, P.E.I., losing the final to Tallon. Noseworthy was a bronze-medallist in the 1987 Brier at Edmonton. The Canadian Senior Men’s Championship began in 1965 at Port Arthur, Ont. Since then, Manitoba has won a leading 12 titles, Ontario is next with 11 while Alberta has eight. The Canadian Senior Women’s Championship began in 1973 in Ottawa. Ontario has won a leading 10 crowns, followed by British Columbia with eight and Alberta with seven. The championships were conducted separately until being combined in 1985 at Yorkton, Saskatchewan. The World Seniors officially began in 2002. Canada has won a leading nine men’s and 10 women’s titles. Since 2005, the winners of the Canadian Seniors have represented Canada in the following year’s World Seniors. Thus, last year’s winners — Ontario’s Bryan Cochrane and Nova Scotia’s Colleen Jones — will wear the Maple Leaf in the 2017 World Seniors, April 22-29 at Lethbridge, Alta. This year’s winners will represent Canada in the 2018 World Seniors, at a site and date to be announced by the World Curling Federation. Draw results for the 2017 Canadian Seniors will be available at www.curling.ca. For event information, visit https://www.curling.ca/2017seniors. This is the third year of title sponsorship by Everest, the first nationwide funeral planning and concierge service.