BEIJING — Playing at a world women’s curling championship is nothing new for three members of Team Canada. 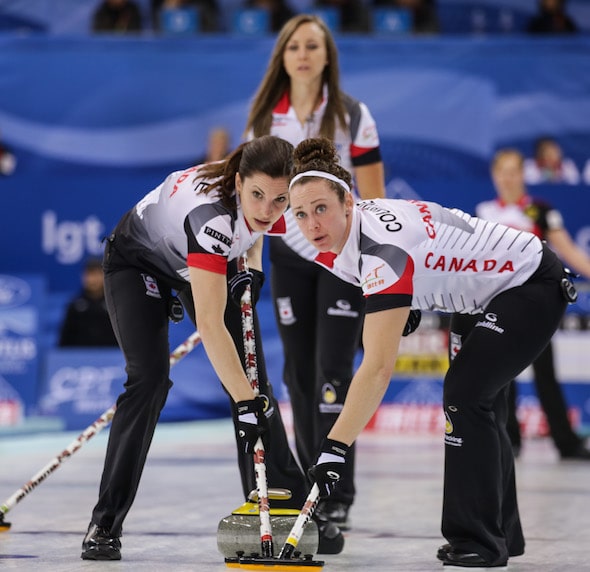 But the fourth — second Joanne Courtney — is a rookie at the 2017 CPT World Women’s Championship, presented by Ford of Canada, in Beijing.

But she showed no rookie nerves on Saturday at the Capital Gymnasium, helping Canada to a pair of opening-day victories, capped by a 6-2 win over Germany’s Daniella Jentsch in the evening draw.

“The first day of any major championship is a little bit exhausting,” said Courtney, who’s wearing the Maple Leaf for the first time with her parents, Ryan and Ellen, and younger sister Erin in attendance. “There are opening ceremonies, which are great to soak in the environment, but it makes for a longer day. You’re trying to learn the ice, the rocks, get your sea legs under you, and that’s always tiring. And then add it on that our body clocks probably aren’t quite on par with the time here in Beijing (12 hours ahead of the team’s home base in Ottawa).” 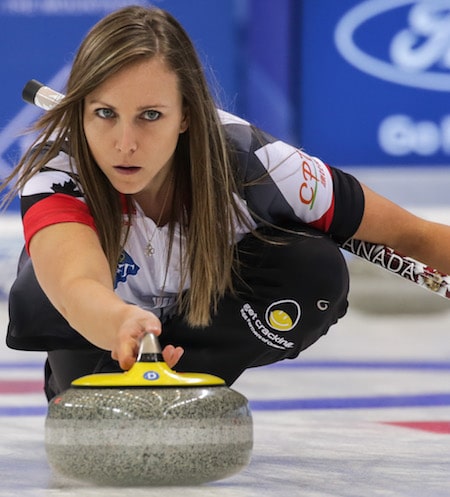 Taking all that into account, then, the performances on Saturday couldn’t have gone any better

Against Germany, Canada set the tone early with a first-end deuce and never looked back. Single points for Canada in the sixth, seventh and eighth ends resulted in an early concession by the Germans.

“Absolutely, it’s satisfying,” said Courtney. “We had such a great run at the Scotties Tournament of Hearts and did a lot of things very well there, and we just wanted to make sure that we continued on all that here. We’re really happy with the day.”

“We’re really happy to get the two wins today,” added Weagle. “Those were two really good teams, and this is definitely the latest we’ve stayed up since we’ve been here, so we’re all a little bit tired and ready for a good sleep tonight.”

In the other evening draw games, Nina Roth of the U.S. (1-1) bounced back from a disappointing loss earlier to Scotland’s Eve Muirhead with a 10-8 victory over Sweden’s Anna Hasselborg (1-1); Anna Kubeskova of the Czech Republic won her opener, 6-5 over Denmark’s Lene Nielsen (0-1); and Russia’s Anna Sidorova (1-0) turned back South Korea’s Eun Jung Kim 9-6).

Canada is back on the ice for a single game on Sunday, at 2 a.m. ET against Russia.