BEIJING — With Canada’s Ambassador to China looking on, Team Canada put on a show to open the 2017 CPT World Women’s Curling Championship, presented by Ford of Canada. 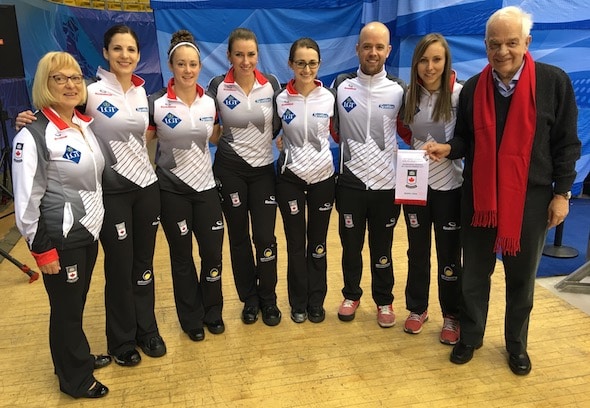 Skip Rachel Homan made a delicate inturn tap in the second end to score four and power the Canadian champs to a 9-3 win over China’s Bingyu Wang on Saturday before more than 7,000 fans at the Capital Gymnasium.

Wang had attempted a freeze to get out of the end, but left just enough air for Homan to make the shot that would propel Canada to victory in its opening assignment in the 12-team round robin.

“It’s nice to make those big shots; we weren’t really sure about the line — it’s Game 1, second end, so we hadn’t seen that line yet,” said Homan, whose team is rounded out by vice-skip Emma Miskew, second Joanne Courtney, lead Lisa Weagle, alternate Cheryl Kreviazuk, team coach Adam Kingsbury and national coach Elaine Dagg-Jackson. “But we guessed as best as we could and we made some big shots to get an early lead.”

Canada would extend its lead to 5-0 with a stolen point in the fourth end when Wang was light with her draw. China managed to crawl back into the game with singles in the fifth, seventh and eighth ends. 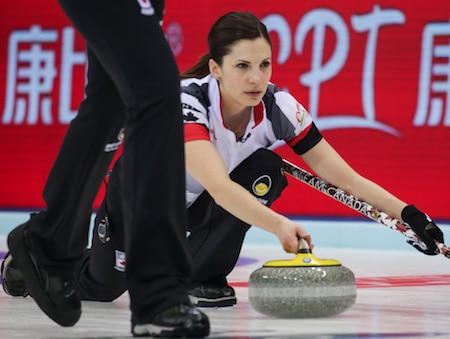 But Homan finished it off with a draw for three in the ninth end that prompted handshakes.

Ambassador John McCallum watched the game on just his second day on the job; he arrived in Beijing on Thursday to take up his new posting.

“It was great to have the Ambassador in the stands,” said Homan. “Day 2 on the job for him and we got to meet him; it was great that he was here, and hopefully we’ll see him again.”

Canada returns to the ice later on Saturday against Germany’s Daniella Jentsch, who dropped her opener 7-5 to Switzerland’s Alina Pätz.

In the other Draw 1 games, Scotland’s Eve Muirhead stole single points in the 10th and 11th ends for a 9-8 victory over Nina Roth of the United States; while Sweden’s Anna Hasselborg was a 7-4 winner over Italy’s Diana Gaspari.